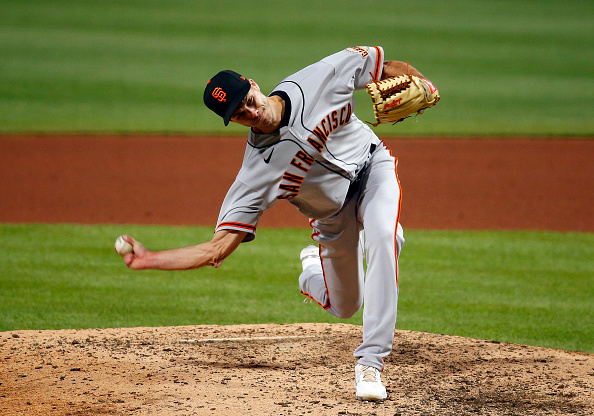 C.J. Cron (COL) – Cron’s been the question of many waiver wire moves in the MLB Seasonal Chat recently. I know that given the rash of injuries we’ve seen across the league, some of you may have had to drop Cron to reactivate somebody else, but if you have deep rosters and can afford to grab him, you should probably do so. He returned on Tuesday and recorded three hits, but was held hitless Wednesday night (the Rockies recorded two hits total, you can thank Joe Musgrove for that). Colorado heads home this weekend for a series against Arizona. Cron has a .999 OPS at home so far this year.

Josh Fuentes (COL) – I’ll touch on another Colorado bat we can look at this weekend with Fuentes. I prefer Cron easily over Fuentes, but something needs to be said for the brief hot streak Fuentes has been on. Since last Wednesday he has five multi-hit games with 14 RBI and seven extra-base hits in that span. He had the luxury of doing most of that damage at home, but as mentioned above the Rockies head back to Coors this weekend. So if you’re in the “streaming hitters” camp, then Fuentes qualifies. All four of his home runs this year have come at Coors, as have 23 of his 24 RBI.

Matt Beaty (LAD) – I don’t love Beaty as a waiver add and he probably won’t be added to any of my teams if I’m being completely transparent. However, AJ Pollock will be out multiple weeks and Dave Roberts has said Beaty’s earned some opportunities to start in lieu of Pollock. That alone makes him worth mentioning as a waiver grab. His production tends to come in bunches. He’ll have a great game with multiple hits and then it feels like the next two games he goes hitless. But in this Dodgers lineup he’ll be in position to drive some runners in.

Harrison Bader (STL) – Bader’s just an all around good player. When he’s healthy (which is a big ask of him) he is capable of being a decent 15/15 player. He missed the first month of the season and in three weeks since his return he has four home runs and three stolen bases on four attempts. He’ll never tout a stellar batting average, but he is a fine player to have in roto or categories leagues for everything else he can contribute. If he ever gets a bump in the batting order that will only help his fantasy prospects.

Spencer Turnbull (DET) – Typically in fantasy, especially DFS, I try to discourage fantasy owners from “chasing points” as in garnering ownership on a player coming off a phenomenal performance like Turnbull did on Tuesday when he tossed a no-hitter. But even before that game he flashed signs of being a reliable pitching commodity. He’s not giving up much hard contact (25.5%) and he’s inducing ground balls at a 54.2% clip. He’s allowed just one home run in 34.1 innings of work. I was asked yesterday if I prefer Turnbull or Casey Mize . I prefer Turnbull slightly although Mize has turned out four straight quality starts and he’s shown he can consistently pitch deeper into games. But I still like the better strikeout and walk numbers from Turnbull. Mize is still worth a look on waivers as well.

Garrett Richards (BOS) – It’s probably a little too early to mention Richards for his next start on Tuesday against Atlanta, but it doesn’t hurt to get ahead of the curve. Over his last five starts he’s averaging almost a strikeout per inning with a 2.27 ERA, he’s not giving up a ton of hard contact, and he’s inducing more ground balls. The swinging strike numbers aren’t elite so I don’t know if he truly averages a strikeout per inning going forward. But next Tuesday the Red Sox host the Braves and Atlanta’s offensive struggles this season have been pretty well documented.

Rich Hill (TB) – Just your friendly reminder that Rich Hill takes the mound against Baltimore Thursday afternoon and that you can stream him if looking to catch up in ERA potentially. As always, Rich Hill  is no stranger to injuries flaring up, but we know this guy is dominant when he’s healthy and it’s a pretty nice matchup for him and he’s averaging over a strikeout per inning.

Robbie Ray (TOR) – If you’re a masochist and like pain, or if you’re in a points league, I don’t necessarily hate Robbie Ray and he’s available in about 50% of leagues on ESPN. To be clear, there is plenty of risk here. I wouldn’t use him in a categories or roto league. He has a 2.45 BB/9 on the year, which is pretty good all things considered. But he also has a 2.45 HR/9 on the year… That’s stupid. How is he as likely to walk someone as he is to allow a home run? On top of that, he touts a 10.71 K/9 on the year and in five straight starts he’s pitched into the sixth inning. He's a rubik's cube. It’s as if the Blue Jays know he’s due to give up two home runs and they’re perfectly fine with it. He’s generating strikeouts at a solid 16.2% rate and he’s an interesting streamer this weekend against Tampa. As a team the Rays strike out a lot. Specifically against southpaws they strike out 31.6% (second-worst in the league) with just a .660 OPS which is 24th in the league.

Michael Fulmer (DET) – I’m going back to the well with Fulmer because I mentioned him either on Sunday or last Thursday (the days seem to blend together at this point; “Sometimes you tell the day, by the bottle that you drink,” – Bon Jovi) and ultimately Fulmer’s backed up the hype with another save on Monday. He obviously wasn’t needed on Tuesday in Turnbull’s outing, but I’m truly curious to see if this new role for him plays out. The Tigers are already 17-26 so they’re quickly slipping out of playoff contention, but if Fulmer builds up his value as a reliable closer it’s possible the Motor City Kitties move him to a contender. So grab him now, let him build his stock up, and let’s see where this goes.

Josh Staumont (KC) – It looks as if Staumont is back in our good graces. Remember when the Royals randomly used him in the seventh inning a couple weeks ago and he promptly got rocked and we felt like his job was in question? Well he got a save on Tuesday and Wednesday following back-to-back performances where he was used to close out non-save situations. So it looks like he can be trusted going forward as Kansas City’s closer. Does that mean he’s safe from Mike Matheny randomly using him at other points in the game? No, but we’ll cross that bridge if we get to it. As a side note, Staumont’s teammate, Kris Bubic, is worth looking at too but for completely different reasons. Bubic is eligible as a reliever but he’s starting to get some starts. If you can slot him at RP for Sunday against Detroit, I’d say that’s a worthy stream. He tends to walk too many hitters for my liking and he doesn’t generate enough strikeouts, but he can eat up some innings and possibly help you lower your ERA.

Tyler Rogers (SF) So I’ve been holding out hope that Jake McGee would hold his job as the closer, but I’m slowly losing grip on that reality. McGee pitched the eighth inning Wednesday night and it looked as if the Giants were saving Rogers for the ninth inning save opportunity. The Giants went on to score three runs in the top of the inning, thus making it a non-save situation, but Rogers still came in regardless. It appears we have a changing of the guard in the Giants bullpen especially with how the last week has gone for McGee and Rogers in general. Similarly, James Karinchak looks like he could be the closer in Cleveland so if he’s floating around in some of your league (although I doubt that), then you need to pick him up.