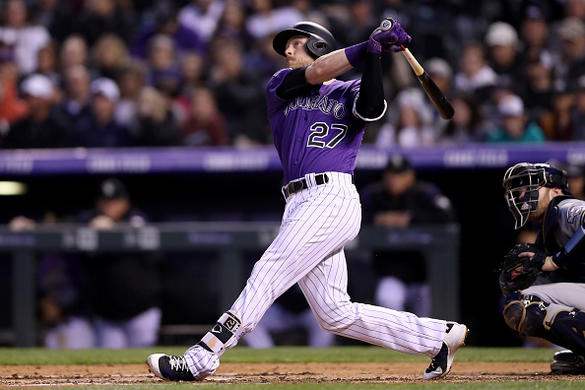 The Army hit the two-month mark in this year’s campaign. A campaign that has lasted a month longer than expected due to an unforeseen and invisible enemy that has plagued both the real and fantasy worlds.  What has the Army learned from its battles each week around 9pm Eastern?  How has the matriarch of FANation become one of the most adept mockers after claiming that she really does not know too much about fantasy baseball?  Will the camaraderie that has been developed in the chat room go out the window next week when the Army will be pitted against each other in leagues that count? The self-proclaimed “LeChampion” is out to get me and prove that he is not simply good at mocks.  A Yankee fan that lives in Sin City believes that he can outwit 14 others on Tuesday and be the lone survivor on top of the standings at the end of the season.  Can the students of Fantasy Alarm take down the professors in this year’s MDA leagues?

This week we had Cheyanne, the mom of FANation, take a top 4 spot in each of the mocks.  She led the way by employing the wait on pitching strategy which is becoming more prevalent as the season is delayed.  The theory is that the pitchers who were going to have innings restrictions will not have to be slowed down during the shortened season and their projections will not differ much.  On the other hand, pitchers like Gerrit Cole and Max Scherzer , who were expected to pitch over 200 innings will now have their innings reduced by 30-50 percent. This will bring their numbers much closer to those pitchers whose initial projections will not change much.  The advantage of taking the stud pitchers early is waning and drafts are starting to show that. In Thursday’s mock 5 of 12 teams waited until at least round 5 to take their first pitcher and a sixth didn’t take a starter until round 14.  Let us see how they ended up being ranked by the evaluator.

The link to the draft board:  https://www.rtsports.com/baseball/draft-board.php?LID=533174&UID=fantasybaseball

Cheyanne was ranked first and took her first pitcher in the fifth round, starting off with Chris Paddack . She waited again until round 8 to take another one, but then followed with a pitcher in 7 of the next 8 rounds.  She stacked her team with mid-round pitching and this propelled her into the top spot.  The next highest ranked player to employ this strategy was the team that waited on starters until the 14th round.  Sin City was ranked 4th by the evaluator after taking three closers and then choosing James Paxton in the 14th.  Besides the risk of waiting this long on starters, he doubled down on the risk by taking Paxton and hoping he will be ok when the season begins.  I do not see a staff of Paxton, Manaea, Yarbrough, Houser, and Montgomery leading a team to a high finish.  Right behind him was Josh Stanhill who waited until round 6 to take Zack Greinke and followed that with two potential steals of Blake Snell and Lucas Giolito .  Giolito in the 8th round was a surprise.  I had already taken Clevinger and Kershaw and filled other needs but I did notice Giolito was still there and had him queued up when Josh took him.

Three of the top 5 teams waited on starting pitching and they all had unique approaches. As we have mentioned in many articles here on Fantasy Alarm, the draft is an important aspect of winning your league, but it’s only a part of it.  In season management is just as, or maybe even more, important than the draft itself.  There have been many teams that were “predicted” to finish first and due to lousy management or just bad luck with injuries finished out of the money.  My approach to this draft was one that I’ve used before.  Get a strong base in starting pitching and then fill out the team.  I had the 8th pick and started Story and Ramirez.  Seeing that starters weren’t going quickly, I snagged Clevinger with my 3rd pick and figured I can wait a bit for my SP2.  This plan almost worked out perfectly as I was hoping to get Matt Olson in the 5th after taking Ketel Marte in the 4th, but Olson was taken 2 picks ahead of me.  Seeing many good SP2 options still available, I went with Goldschmidt as first base options were already dwindling.  Clayton Kershaw was there for the taking in round 6 after I got sniped.  I was going to take Yoán Moncada and wait another round for a pitcher but Cheyanne got to him first.  The rest of my starters were taken in rounds 8, 11, 17, 21.  This approach had me ranked 3rd by the evaluator behind Cheyanne and the “LeChampion” himself, Kangasman.

Let’s compare this draft to the Fantasy Alarm staff mock that was held two months ago on Feb 18th.  In that draft 18 starting pitchers were taken in the first 5 rounds as compared to just 12 in this draft.  Yu Darvish was taken with the first pick of the 4th round in February and with pick 8.4 in Thursday’s.  Blake Snell fell from round 3 to round 7.  Was this due to the wait on pitching trend or the question marks still surrounding Snell’s health?  The other pitchers that fell out of the first five rounds were Kershaw, Greinke, Morton and Sale.  There has definitely been a drastic change in the approach to pitching.  Again, if you are using a dated ranking sheet, magazine, website, etc, you will be behind the proverbial eight ball.  Fantasy Alarm’s living draft guide is a must have as it is constantly updated and will be many times once the season’s start is announced.

Monday and Tuesday the Mock Draft Army will be drafting for “real”.  There will be 12 teams participating on Monday in the Bender Division and 15 on Tuesday in the Bowden Division.  Dan Malin and I will be in both drafts and we will be joined by Ivar Anderson and Sean Mitchell on Monday and Joe Gallina on Tuesday.  I will be posting the link for the draft board if you’d like to follow along.  Follow me on Twitter @gasdoc_spit and stay safe! 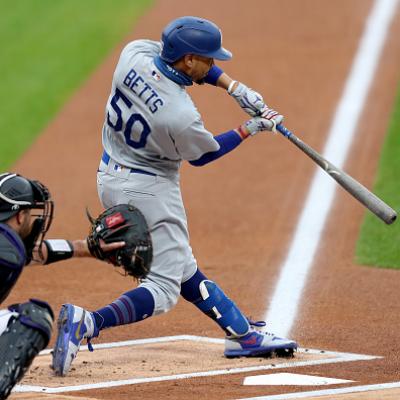 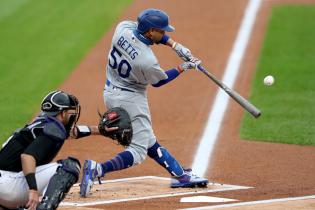 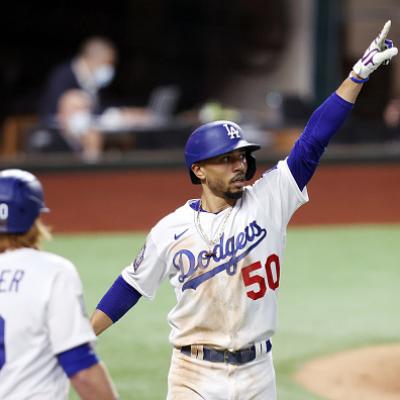 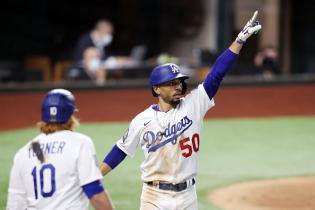 MLB Gonsolin to start Game 2 of World Series vs. Rays

J. Urías - SP
LA1
Julio Urias will start Game 4 of the World Series for Dodgers.
Urias was the obvious choice after he wasn't used in relief during Game 2 on Wednesday. The left-hander has been fantastic this postseason, allowing just one earned run over 16 innings while boasting a 16/3 K/BB ratio. Walker Buehler is starting Game 3 for the Dodgers and they'll go back to Clayton Kershaw for Game 5.
Added 12:10 am (EST)
Added 12:10 am (EST)

C. Seager - SS
LA1
Corey Seager belted his seventh homer of the postseason Wednesday in the Dodgers' loss to the Rays.
Seager led off the eighth inning with a blast to dead-center field off of flame-throwing Pete Fairbanks. He also had a single earlier in the game. The long ball was Seager's seventh of the season, which ties him with Randy Arozarena. The most ever hit in a single postseason is eight, which is a three-way tie held by Nelson Cruz (2011), Carlos Beltran (2004) and Barry Bonds (2002).
Added Yesterday 11:01 pm (EST)
Added Yesterday 11:01 pm (EST)

J. Choi - 1B
TB
Ji-Man Choi is starting at first base and hitting cleanup for the Rays in World Series Game 2 on Wednesday night against the Dodgers.
Choi came off the bench in Game 1 on Tuesday with the Dodgers throwing left-hander Clayton Kershaw, but he'll get the start Wednesday versus Tony Gonsolin and what figures to be a parade of relievers. The full Game 2 lineup for Tampa Bay behind Blake Snell: Austin Meadows DH, Brandon Lowe 2B, Randy Arozarena LF, Ji-Man Choi 1B, Manuel Margot RF, Joey Wendle 3B, Willy Adames SS, Kevin Kiermaier CF, Mike Zunino C.
Added Yesterday 3:52 pm (EST)
Added Yesterday 3:52 pm (EST)