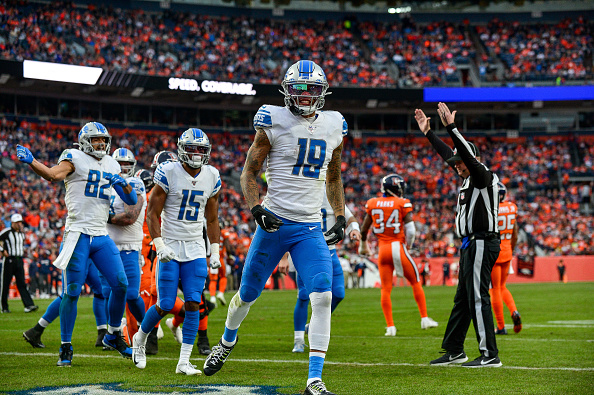 Forget the NFL draft; nothing has a bigger impact on fantasy football than free agency and that obviously goes double for dynasty leagues. Sure, some rookies are going to be productive but it’s not only a bit of a guessing game as to who but also when.  For every Justin Jefferson there are a bunch of Antonio Brown ’s, Adam Theilen’s, Demaryius Thomas ’, Chris Godwin ’s that take a couple years.  WIth the heavy hitters in free agency, we are talking about proven, polished commodities that can slot in and command targets right now. On brand new teams last year, Stefon Diggs and DeAndre Hopkins were top five wide receivers in both PPR formats. Where these guys land not only impacts them, but their new teammates and their old teammates as well.  So the draft is obviously cool, but free agency is when the real hammer drops for fantasy gamers.

And guess what? Too many articles out there are unrealistic. They are lazy. They tell you “team A needs a WR” then they pick a WR out of a hat and say he’s a perfect fit. But they often completely ignore the fact that the modern wide receiver position is actually three distinct positions: split end, flanker, and slot.  Sure there are guys that CAN play all three but just because a guy can play linebacker and edge rusher doesn’t mean a team will use him for both.  The people writing these articles don’t care that the Bengals already have slot WRs under contract for the next three years - they see a new QB in the system and cap space and say “why not JuJu Smith-Schuster ?” They don’t care that the Chiefs’ have two split ends that are free agents and they already have two flanker/slot guys in Tyreek Hill and Mecole Hardman (as well as a TE who plays 62.9% of his snaps at WR) - they think it would be “fun” for them to go out and get another redundant flanker/slot asset in Curtis Samuel .  That’s not how we do things here.

That’s why I’m going to attempt to break down the available guys by the type of player they actually are, to give you some meaningful landing spots and help you navigate the perilous waters of free agency.  So let’s do just that.  We’re going to give you some important factors in determining future position and usage such as measurables (size, speed), alignment (where they historically line up), and statistics (average depth of target, yards after the catch per reception) and then we’ll give some realistic landing spots. We’re not going to cover every single guy but at least the ones that are most interesting for fantasy and are most likely to get playing time right from the rip.  So here it goes.

The rules dictate that seven guys need to be tethered to the line every play.  Unless you use two tight end sets, you need a wide receiver to play that role in the form of split end.  Typically it will be a big bodied receiver who can get off the jam since, when you have your foot on the line, you not only have no space but you can’t go in motion without first a complex series of movements that brings another player forward (which gives away any “surprise” anyway).  Here are the guys that best fit that bill.

Green Bay - The Packers and Colts are two teams that have spent years now trying to find the answer at split end (both even brought in the same guy as a potential fix; Devin Funchess ).  Indy seems to have solved their problem with Michael Pittman but Green Bay has gone through the following guys who are all 6’3” or larger with little success: Devin Funchess , Marquez Valdes-Scantling , Equanimeous St. Brown , Allen Lazard , Jeff Janis , Jake Kumerow , heck, throw Jimmy Graham in there given how they used him.  They could really use a split end opposite Davante Adams who is a perfect flanker but, unfortunately for them, they are currently well over the cap so it would take a lot of finagling to make a big splash.  Their GM did say that they could “pull some levers” though so keep an eye out.

Baltimore - Marquise Brown is one of the more undersized wideouts in the league and profiles more as a field stretching flanker than a true split end.  They drafted the 6’4” 220 pound Myles Boykin and brought in Dez Bryant but are an obvious candidate for an upgrade there, given the level of play from those guys.

Tennessee: This one is simple. The only decent wide receiver under contract is AJ Brown.  Brown isn’t a giant at 6’0” but he’s built at 227 pounds and could fight the jam at split end if need be, but I personally feel the ideal configuration is to have another big bodied WR on the outside with him lined up at flanker.

Washington: See above - swap the name AJ Brown with Terry McLaurin .  Antonio-Gandy Golden did not flash and Washington has the cap space to make it happen if they choose.

Philadelphia: See above except swap Jalen Reagor in for Brown/McLaurin and JAWs in for AGG.  Then subtract the cap space completely.  They should be in the market for a low tier option.

Kansas City - If you take a good look at the list, not one but two Chiefs WRs are on it.  They like to use the smaller Tyreek Hill and Mecole Hardman in the slot so they need another big bodied wide receiver to line up with his foot tethered to the line opposite Travis Kelce .  The Chiefs offense is all about balance and deception and one underrated aspect of the WR position is blocking -- if you don’t have another decent blocker opposite Kelce then it’s not a balanced threat is it?  Like the Packers, they are projected above the cap currently so may have to shop in the low tier if they can’t bring Sammy Watkins or Demarcus Robinson back for cheap.

Some teams use their slot players and flankers interchangeably while others use a designated slot guy (CeeDee Lamb played 93.2% of his snaps from the slot while Michael Gallup played 6.3%).  With split ends, you want a big guy who can fight the jam. The slot is the opposite as you have some buffer space, can go in motion, and can get matchup advantages.  It’s often populated by a smaller quick player or sometimes aging players that you don’t want to get jammed up (Larry Fitzgerald , Marques Colston).  Here are the ones that most fit the bill.

Miami - Chan Gailey utilizes “big slot” in his offense (Eric Decker , David Nelson, Tony Gonzalez in the past) so the role last year was filled mainly by Mike Gesicki .  They may continue that route but, with a new offensive coordinator, they might look for a true slot receiver.  DeVante Parker and Preston Williams play primarily outside (P-Will played 91% of his snaps out wide) and they have a ton of cap space to play with.  It’s also worth noting that JuJu Smith-Schuster was recently seen playing Fortnite with his character wearing a Dolphins uniform.

New England - Assuming they haven’t given up on the 6’4” 225 N’Keal Harry yet, they have at least one guy who plays the outside.  Julian Edelman is rumored to potentially be in danger of missing the season and he’ll be 35 in May so it’s likely time to start looking for an heir apparent.  If they bring in a guy who can play slot and flanker, that takes the pressure of Edelman for sure.

Detroit - Detroit technically needs everything but they did sign Tyrell Williams who played 70.6% of his snaps out wide in 2019.  The guess is he’s their split end or flanker.  With Danny Amendola out they could bring someone in but they are in a tough situation with their cap.

Similar to the slot position, flankers roam freely and don’t have to be tethered to the line as they are typically lined up outside the tight end.  As we mentioned, sometimes they can be interchangeable with slot guys but there is a distinction for many teams and they are usually the guy who stays on the field in two-WR sets.  One of the main roles of flankers in a lot of offenses is to operate as a “field stretcher” meaning you use your free release to run deeper routes which pull the safeties back, opening up underneath routes for the other players.  Here are some guys that have played a good chunk of their career as flankers and could fit well into that role with a new team.

New York Jets - The assumption is that the 6’3” Denzel Mims will be playing split end with Jamison Crowder in his usual slot role.  If that’s the case, this team would benefit from another high end WR of any kind in the flanker role - preferably someone younger as they aren’t exactly competing now.  They have the cap for it.

Indianapolis - The Colts have the gigantic Michael Pittman at split end and the assumption is Parris Campbell finally gets healthy and plays a slot/gadget role.  The obvious answer here is to bring TY Hilton back, but who knows.

Arizona - Most teams need three solid wideouts at least but Kliff Kingsbury’s “Air Raid” offense would ideally have four.  DeAndre Hopkins is a clear split end.  Christian Kirk has played slot, flanker and split, so he’s great for the system.  Larry Fitzgerald is a threat to retire at any point so it wouldn’t hurt to bring in another solid pass catcher since Andy Isabella isn’t exactly lighting the world on fire and Hakeem Butler is already gone. They have about $20 million in cap space.

Cleveland - This would probably be a nightmare landing spot for fantasy given the run heavy offense Kevin Stefanski runs but, if you think about it, the Browns have Jarvis Landry in the slot and don’t really have anyone opposite Odell Beckham Jr. to take the top off.  I would not be surprised to see them go after a speedy field stretcher.  As it stands they have the 10th most cap space of any team.