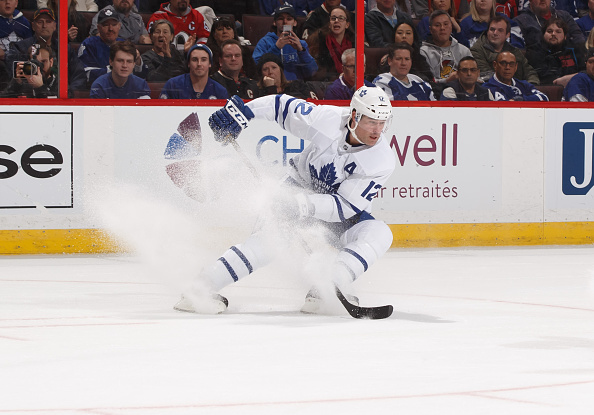 Earlier this season, first-year Maple Leaf Marleau was playing on what was essentially Toronto's 'checking line' (alongside Nazem Kadri and Leo Komarov). The 38-year-old Marleau's production was slightly down, so perhaps he was dropped in some league formats. Since then, the Leafs have moved second-year wunderkind Mitchell Marner to the Kadri-Marleau line and it is paying dividends. Simply put, it is one of the hottest lines in hockey.

If the Flyers are to make the Stanley Cup playoffs for only the third time in six NHL campaigns in 2017-18, they will have to do so riding backup puck-stopper Neuvirth. That is because veteran Brian Elliott could miss the rest of the regular season due to a core muscle injury that required surgery. His expected absence is 5-6 weeks. A 29-year-old Czech, Neuvirth has been playing very well in his last three outings (1-0-2, 2.01 GAA, .938 Sv%).

The Blue Jackets have struggled to score goals this season, so it has affected several of their skaters in terms of overall fantasy production. The good news for fantasy owners is that some of the Columbus crew are starting to warm up offensively. Dane Bjorkstrand is one of them, with five points in his last three games to move into third place on the Jackets' scoring list (behind Artemi Panarin and Seth Jones). The 22-year-old has more to give. 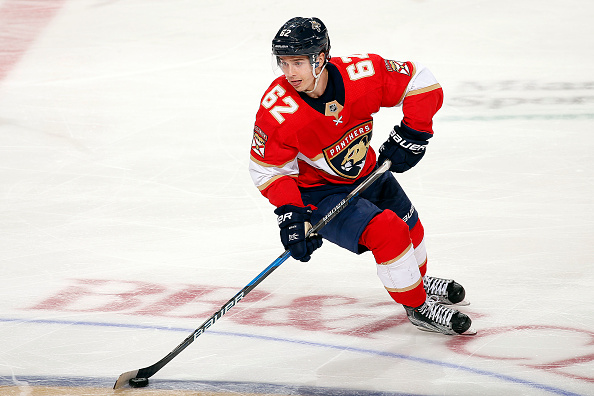 When Panthers head coach Bob Boughner decided to shuffle his lines, slick Swiss forward Malgin was one of the prime beneficiaries. Moved to right wing on the second line alongside Vincent Trocheck and Jonathan Huberdeau, the 21-year-old Malgin has responded with eight points in his last nine games--including four goals. The diminutive, versatile forward still have some untapped upside, so now would be the time to pick him up.

If Columbus is a 2016-17 playoff team from the Eastern Conference with scoring issues this season, then they pale in comparison with the situation in Montreal (at present time only Buffalo and Arizona have scored fewer goals than the historic franchise that was once dubbed 'The Flying Frenchmen'). That said, keep a close eye on Finnish winger Lehkonen. His early-season scoring woes are over with and he is now hot (last 4 GP, 3-2-5).

In virtually all keeper league formats, Tkachuk is likely unavailable. However, he could still be had in shallow, year-to-year leagues. The 6-2, 202 pounder excels at driving opponents crazy with constant shift disturbance, but Tkachuk can also put the puck in the net (he has registered 20 goals for the first time in his NHL career). As the games get tighter and grittier down the stretch, players such as Tkachuk are the ones who usually thrive.

Injuries have ruined what appeared to be a promising NHL campaign for the Canucks in October. The team is currently missing forwards Sam Gagner, Markus Granlund and Brendan Gaunce to injury, so Boucher has been able to get another extended NHL look. A talented AHL sniper, the 24-year-old Boucher is doing the most with his latest opportunity (2 goals in his last 2 games). He might be worth a pickup down the stretch in deep leagues. 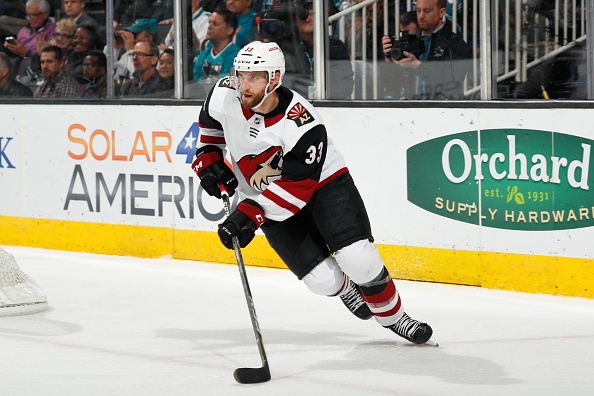 For a team stuck down at the bottom of the Western Conference standings, the Coyotes boast a solid blueline corps with mostly veteran defenders. Goligoski is the hottest of the bunch with six points in his last four contests. The 32-year-old veteran has a ton of value because of his mobility and ability to play on both sides of the ice. Signed for the next three seasons ($5.475 million cap hit), Goligoski is unlikely to be moved at the deadline.

When any rookie winds up spending time on Sidney Crosby's line in Pittsburgh, fantasy leaguers immediately take notice. However, Penguins coach Mike Sullivan is currently doing a ton of line experimentation, so Aston-Reese may not even spend as much time on Line 1 as another rookie recently did: Dominik Simon. That said, keep a close eye on this situation, because sooner or later Sullivan will probably stop switching up his lines.

Not all third-line centers have enough fantasy value to be considered for a pickup. However, the Bruins are a juggernaut right now and Nash is one of the hot players off that roster. With three goals and four points in his last four games, the 28-year-old Nash has already tied his career high in goals (10) and surpassed his mark in points (26)...with 27 more games left in the regular season! In deep leagues, Nash could be worth a decent look.