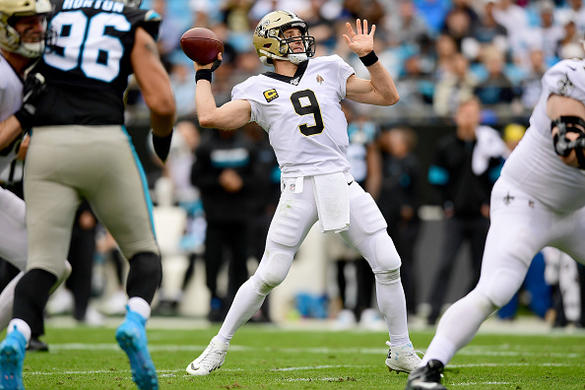 After playing the Sunday main slate on SuperDraft all season, it’s a bit different playing in just a four-game slate. Of course, different doesn’t have to mean bad. In this case, I like it quite a bit. There obviously aren’t as many players I’m interested in playing with such a small slate, but there are still quite a few guys I like. As you will see below, there are a handful of players I really like for SuperDraft, but only for a cash game, or only for a GPP. I couldn’t decide what kind of lineup I wanted to make for this SuperDraft Playbook, so I did both.

I’ve had some success the last few weeks playing the top guys, despite little to no multiplier. With no starting quarterback on the slate getting more than a 1.5X multiplier, there is even an incentive to play the safest guys, like Brees. Minnesota’s secondary has been vulnerable of late, and Brees has at least three touchdown passes in four straight games and six of his last seven. 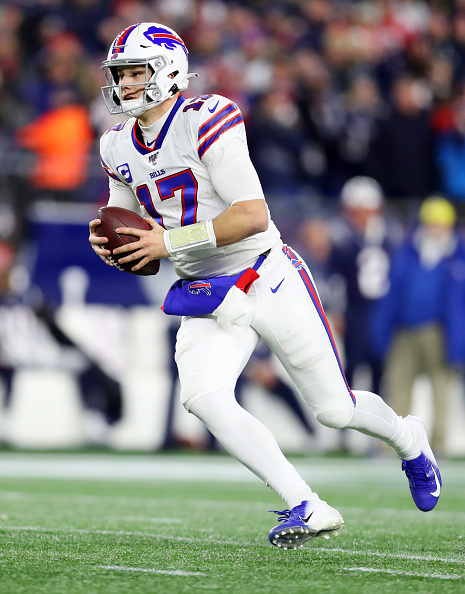 Allen has the best match-up of the slate, and he has at least 20 fantasy points in five of his last seven games (I’m not counting Week 17, when he only had five pass attempts). His rushing makes him pretty safe, and if he hits a couple of big plays, he could have a super high ceiling as well.

If I trusted Pete Carroll to let Wilson air it out against a banged-up secondary, he would be my top play of the slate. As it is, I don’t think Carroll will lose another road playoff game to a bad NFC East team because he insisted on running the ball against a very good run defense instead of letting one of the best quarterbacks in the NFL do his thing. If I’m right, Wilson will win some GPPs.

Wents has at least 17 fantasy points in five straight games, and only Josh Allen has a better matchup this week. I’ll feel better about Wentz if Zach Ertz is active, but I think he’s playable either way.

I could make an argument Singletary would be the second-best running back play of the slate if everyone had the same multiplier. He’s a no-brainer getting a higher multiplier than James White and Miles Sanders. Singletary had pedestrian fantasy numbers against New England and Pittsburgh the last two weeks, but he has a much easier match-up this week.

Much like Drew Brees , Henry appears to be the best fantasy running back by far this week, with at least 23 fantasy points in six of his last seven games. Unlike Brees, Henry’s multiplier is significantly lower than his closest competition, which is why I’ll likely look elsewhere for GPP lineups.

I’m pretty surprised Michel’s multiplier is so high considering he has double-digit fantasy points in each of his last three games. I don’t completely trust him, but I am certainly interested at that price.

They aren’t as safe as Derrick Henry , but their ceilings are just as high. I think I slightly prefer Cook to Kamara, but it’s awfully close.

He has at least 23 fantasy points in six of his last seven games. Minnesota’s secondary is vulnerable, and Thomas is easily the safest wide receiver of the slate.

Houston’s defense is terrible, especially against the pass. Brown proved against New England he only needs one big play to make his week, and the Bills should take multiple deep shots to Brown in this game. I’d love him even if his multiplier was lower. 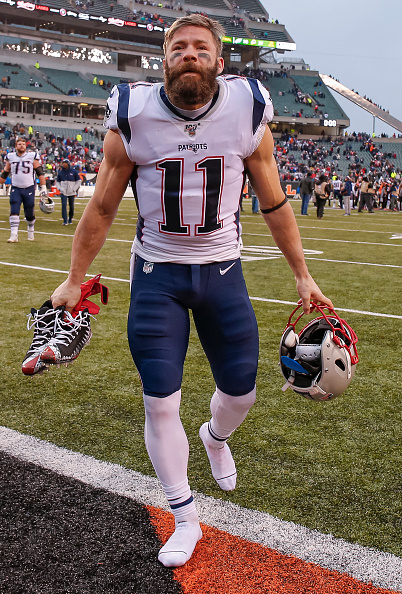 If Edelman was completely healthy, he would be a no-brainer at this multiplier. As it stands, I think if he has anything left in the tank, we’ll see it on Saturday. I love him for GPP lineups, and I’m probably going to play him for cash as well.

I know he hasn’t played well since returning from injury, but I suspect getting last week off will help him. More importantly, he’s just too good of a player to have such a high multiplier. If Marshon Lattimore spends most of his time on Stefon Diggs , that would help Thielen out as well.

This is the kind of multiplier I thought John Brown would have, and I like Lockett almost as much as I like Brown this week. Philadelphia’s secondary is banged up, and Seattle needs to let Russell Wilson cook if they’re going to win this game. I am worried Pete Carroll won’t lean on Wilson until it’s too late, which is why I prefer Lockett for GPP than cash lineups.

As you can tell, I like the Saints’ offense quite a bit in this game, and Cook had 705 yards and nine touchdowns in 14 games this season. He’s probably even safer than Dallas Goedert .

Even if Ertz plays, we won’t know how healthy he will be, so it’s probably better to just roll with Goedert. That being said, if he’s active, Ertz could easily pay off in a GPP lineup.

If he gets a touchdown, he’ll probably outscore the three tight ends above, unless one of them scores two touchdowns. It might be getting too cute, but I’m at least considering it for my GPP lineup.

T. Sweeney - TE
BUF
Sweeney, a seventh-round pick out of Boston College, appeared in six games for the Bills and caught eight balls on 13 targets for 114 yards and no scores.
For a full breakdown and detailed player analysis GO PRO and join the Fantasy Alarm Family! CLICK HERE to unlock your PRO package and take advantage of instant savings!
Added Yesterday 5:00 pm (EST)

J. Jones - OT
SEA
Jones (concussion) is recovering from shoulder surgery, which he underwent shortly after the Seahawks were eliminated from the playoffs in January, Bob Condotta of The Seattle Times reports.
For a full breakdown and detailed player analysis GO PRO and join the Fantasy Alarm Family! CLICK HERE to unlock your PRO package and take advantage of instant savings!
Added Yesterday 3:36 pm (EST)