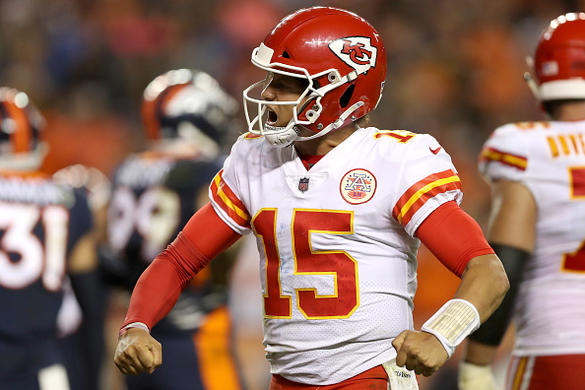 Hopefully, you’ve been playing the suggested cash lineups at the end of my SuperDraft Playbooks because last week saw our third cash in the last month. My lineup was carried by 49.64 fantasy points from Devonta Freeman , and getting 29.40 fantasy points from Dallas Goedert at 7.5% ownership helped white a bit as well. We had good success playing Christian McCaffrey and Michael Thomas despite not getting a multiplier and with so few attractive options with high multipliers, I’m tempted to go right back to those players again for Week 17.

Mahomes has certainly looked more like his old self the last two weeks, scoring 26.70 fantasy points against Denver and 25.44 fantasy points at Chicago. I like him best out of the top quarterbacks, and he has a pretty nice multiplier on top of it.

Ryan has at least 19 fantasy points in four straight games, and he’s facing one of the worst pass defenses in the NFL. He probably doesn’t have Mahomes’ ceiling, but he may be safer.

The toughest decision for Week 17 might be whether to play Carson Wentz or Matt Ryan . Went has been even more consistent than Ryan, putting up at least 20 fantasy points in four straight games despite having no receivers to speak of. I still don’t feel great about trusting him, but it helps that the Giants are 30th in fantasy points allowed to quarterbacks.

He’s a GPP play only for me, but he is coming off one of his better games of the second half of the season, and it’s a great matchup at home against Miami. As bad as he has been lately, Brady had 29.34 fantasy points at Houston at the start of the month, and if he ends the season on a similar note, he’ll probably be the top quarterback of the slate, including the multiplier.

If you want to take a chance on someone with a high multiplier, I certainly prefer Robert Griffin to David Blough, Devlin Hodges or Will Grier. If Griffin can be a reasonable facsimile of Lamar Miller , his ceiling is awfully high.

McCaffrey doesn’t need a multiplier. He has at least 25 fantasy points in 10 of his last 13 games, and he’s done it without scoring a touchdown in three of his last four games. If he finds the end zone a couple of times, he could easily top 30 fantasy points.

This is a very nice multiplier for someone who may be the second-best play of the slate. I fully expect him to bounce back after a rough game at Philadelphia Week 16.

Kamara is a must-play for cash games. He’s facing the worst run defense in the NFL, and coming off his best fantasy game since Week 2. With the Saints aiming for a top-two seed, I expect them to lean on Kamara heavily in this game.

Mixon isn’t quite as good a play as Kamara, but he does have at least 15 fantasy points in three of his last four games. Cleveland’s defense has struggled against the run lately, and Mixon had 28.10 fantasy points against them just three weeks ago.

I don’t think Edwards is as good as Mark Ingram , and he might not even be as good as Justice Hill, but he doesn’t have to be when his multiplier is that high. Edwards had 13 touches for 73 scrimmage yards in Week 16, while Hill was held to six touches. Hill is a GPP play as well, thanks to his big-play ability, but I think Edwards is safer for cash games.

Kareem Hunt failed to reach double-digit fantasy points for the first time last week against Baltimore, but he should have a much easier time of it in Week 17. He had 14.8 fantasy points against Cincinnati in Week 14, and I’ll take that again with his multiplier.

They’re the only two wide receivers I completely trust, and I am fine with foregoing a huge multiplier. Jones has 35 targets total over his last two games.

He probably isn’t quite as safe as Thomas or Jones, but I love him in this matchup. He has at least 16.8 fantasy points in five of his last six games.

Edelman bounced back with a solid game against Buffalo, but he is in a better spot here against Miami in a game the Patriots need to secure a first-round bye.

Sutton’s production has been down the last three weeks, but we know he has a high ceiling and a good matchup. If I play a GPP lineup, he will definitely be in it.

His 9.10 fantasy points last week were his worst since November 3. If that’s his floor, sign me up.

Boyd hasn’t been as consistent as Allen, but he has shown a higher ceiling, and he’s among the league leaders in targets.

I’m surprised his multiplier is so high after he had 12.80 fantasy points last week. This matchup should be tougher, but I still think he’s worth a shot.

It took Hooper a while to get going following his return from injury, but he had 11.70 fantasy points last week. I expect similar things from another good matchup.

The tight end position is as ugly as it’s been all season, and that’s saying something. More than ever, it seems like the smart play is to simply lock in Kelce and move on to other things.

His multiplier has gone down after a very nice game last week, but he’s still one of the safer fantasy plays, and he might get 20 targets if Zach Ertz is out. 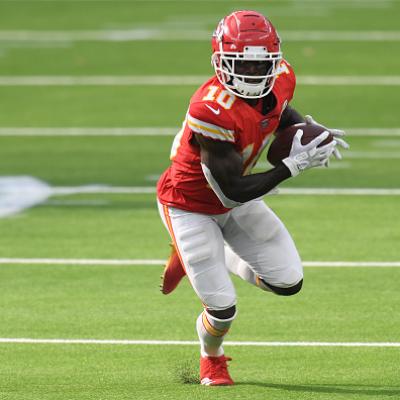 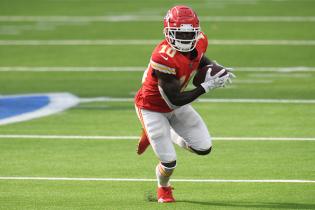 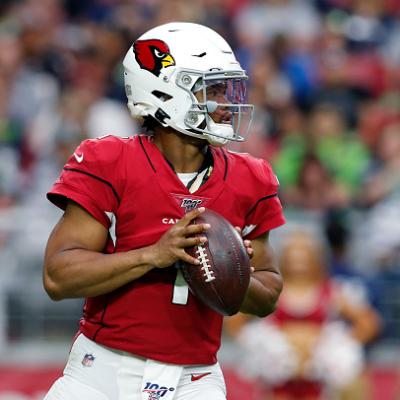 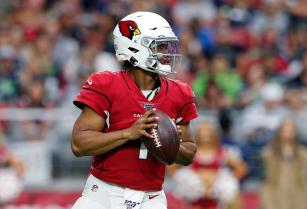 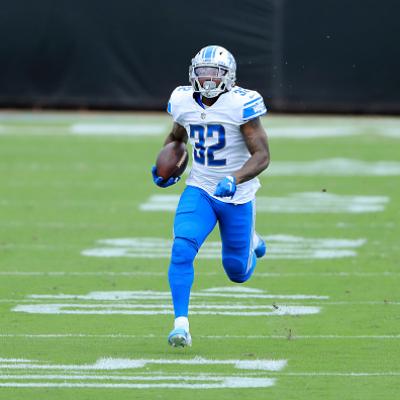 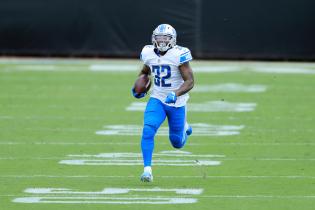 NFL Njoku still looking to be traded before deadline

NFL Shepard's status could go down to TNF pre-game

NFL McCaffrey (ankle) could return prior to Week 9

D. Njoku - TE
CLE1
Cleveland.com's Mary Kay Cabot reports Browns TE David Njoku is still looking to be traded before the November 3 deadline.
Njoku initially asked to be dealt on July 3, rescinded that request prior to camp, and has since changed his tune again in looking for a new home prior to the November 3 trade deadline. The Browns have yet to show any interest in trading the 24-year-old but, as Cabot notes, that could change with "an offer they can't refuse." Njoku has been linked to the Patriots as a potential destination dating back to August.
Added 4:31 pm (EST)
Added 4:31 pm (EST)

C. Davis - WR
TEN1
Titans activated Corey Davis from the COVID-19 list.
Davis has been sidelined since Tennessee's outbreak prior to the team's forced bye week. Nick Westbrook will return to the bench and likely be inactive in favor of Kalif Raymond moving forward. Note that A.J. Brown and Davis tied for the team lead in targets (8) in the only game the two have played together this year.
Added 4:04 pm (EST)
Added 4:04 pm (EST)

J. Brown - WR
BUF1
John Brown (knee) is active for Week 6 against the Chiefs.
Brown was a full participant at practice Thursday and Friday but, oddly enough, downgraded to limited on Saturday. He'll still be available Monday night across from Stefon Diggs. Gabriel Davis would take his place if Brown is at all limited.
Added 3:35 pm (EST)
Added 3:35 pm (EST)

L. Vander Esch - LB
DAL
Cowboys activated LB Leighton Vander Esch (collarbone) from injured reserve.
Monday will be LVE's first game action since he initially fractured his collarbone during the first quarter of the team's season opener. Gehlken adds that Vander Esch is "likely to be eased into action" and could work mostly in passing situations and on non-base personnel. It's a massive upgrade for Dallas' front-seven ahead of Monday night's tilt against the Cardinals.
Added 2:10 pm (EST)
Added 2:10 pm (EST)

D. Arnette - DB
LV
Raiders placed CB Damon Arnette on the COVID-19 list.
Arnette is already sidelined while recovering from thumb surgery, and this news oddly comes after the team's Week 6 bye. Pelissero adds that no other Las Vegas players or personnel tested positive. Maurice Hurst, who was previously on the team's COVID list, was cleared in a corresponding transaction.
Added 2:01 pm (EST)
Added 2:01 pm (EST)