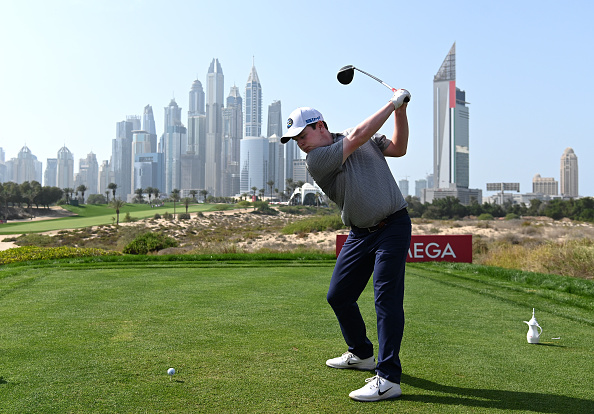 Fantasy Alarm is taking a different approach to help our subscribers build successful DFS lineups.  I will be giving you my personal core plays for this weekend's tournament.  These players listed below are my three favorite top tier, middle tier and value tier players for both DraftKings and Fanduel.  They will be at the core of all my lineups for this weekend's American Express and then I'll use my playbook to fill out the remaining spots in my lineup.

We’ve got two tournament this week.  The WGC-Workday Championship which is the featured event of the week and the Puerto Rico Open.  The Top 80 players in the world at the time are invited in four WGC events throughout the calendar year.  Everyone who is not invited to play, they head down to Puerto Rico for that event.  I wanted to make sure there would be no confusion as to the PGA content this week.  You’ve seen the full DFS playbook for the WGC released but there will not be a full playbook for the Puerto Rico event.  You will see a Puerto Rico Open Core Plays article posted shortly after this one on the WGC Core Plays.  If you have any more questions for the WGC or Puerto Rico events that you’d like answered, you could reach out to me in the chat or on twitter @Drew_Phelps83.

Make sure you read my full PGA DFS Playbook for the WGC-Workday Championship before using these core plays.  You can also take a look at my Weekly Tournament Projections at any time.

My big message this week is not to be risk averse when putting together a lineup for the WGC.  You’ve got a field that’s cut in half and every one of them will play all four rounds at Concession this weekend.  No cut line sweats to worry about which means I’ll be more prone to playing a stars and scrubs style to get as many of the big dogs in my lineups as possible.  Now, I won’t exclusively do that because there is so much value this week being that you’ve got the Top 80 players in the world and someone has to be priced down, they all can’t be 10K players.  I’ll likely start my lineups with a combo of Rahm and either Cantlay or Hatton in my stars and scrubs lineups but if I’m going balanced, I’ll start with either Hatton or Koepka and pair them with either Simpson or Im.  That’s how I’ll start most all of my builds this weekend.

This new format of core plays I think is way more valuable to our subscribers because it lends more to teaching than just copy and pasting.  A set of these players will be in each one of my lineups this weekend and then a mix of players from my playbook will fill out the rest.