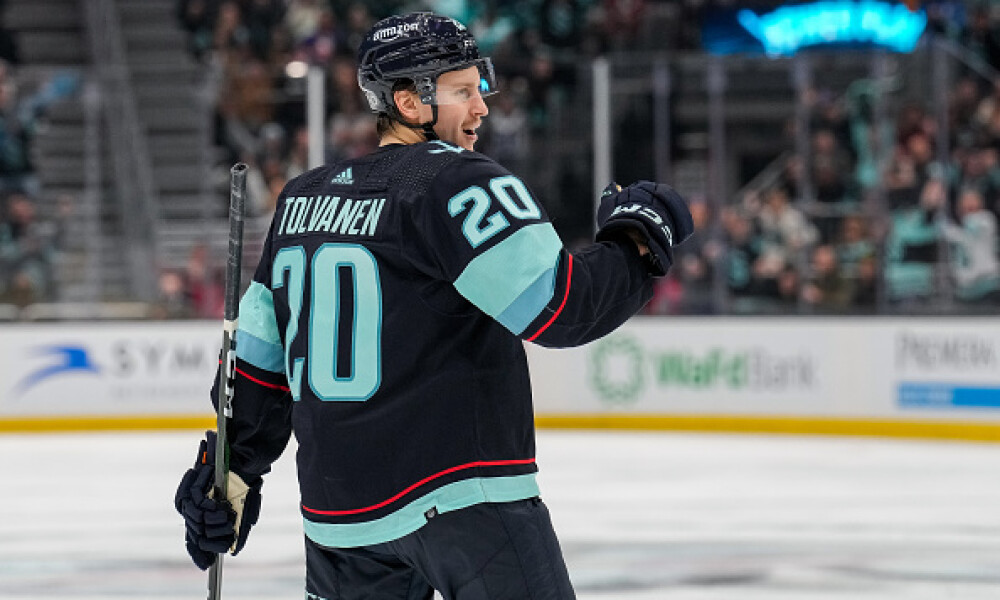 Remember when the Nashville Predators just let Eeli Tolvanen walk for FREE? Since being claimed off waiver, Tolvanen has scored five goals and has added two assists. The Kraken has been on a tear of late and the kid is shooting a ridiculous 27.8%, so there will be some regression over the next couple of weeks, but still, he’s hot and there’s no denying that. He could easily help a fantasy hockey team that is in need of some goals.

We’ve been down this road with Juuso Parssinen before, but we need to revisit it because it’s criminal that he’s only 4% owned in Yahoo! leagues. The kid is riding a six games points streak and continues to see time on the top power play unit. His ice time over that span has been decent, but ideally, we’d like to see him consistently playing over 17 minutes a game. If he stays hot like this, Nashville will have no choice but to play him more. He’s a depth player that can be added to all fantasy teams in any format.

The carousel in Edmonton continues for fantasy hockey owners. It’s so hard to trust anyone outside of Connor McDavid and Leon Draisaitl, but there are always new options to consider every week. Mattias Janmark is skating on the third line and has four points in the last three games. Usually, third-line players are who we like to target, but he’s skating with Ryan Nugent-Hopkins, who is on pace for 93 points this season. Janmark is a veteran who can find the back of the net and his ice time has been up there over the last three games. As long as he’s skating with one of the team’s three elite centermen, he should be able to produce.

Pavel Francouz has returned from injury and has started the team’s last two games. He’s been pretty solid in those starts, while Alexandar Georgiev has really struggled in his last eight starts, posting a 3.79 GAA and a .888 SV%. Colorado needs better from their goaltenders, so if Francouz gets hot, he could steal a few more starts from Georgiev. We saw him be very good in the playoffs last season and there’s no reason to believe that he can’t return to that form. He may not be a must-add at this point, but it’s certainly something fantasy owners will want to monitor over the next couple of weeks.

Since Kris Letang left the team to go back to Montreal for the passing of his father, Ty Smith has moved up and assumed the starting job on the top power play unit and has done pretty well. He’s a young defenceman who can shoot the puck, but he can also throw his weight around and mix in a couple of blocked shots here and there. The Penguins have been pretty bad of late, so they are going to need Smith to lock in and give the team some quality minutes. He’s the only true puck-moving defenceman on this team, so he should continue to get chances to produce offensively. It’s up to him to take the opportunity and run with it.