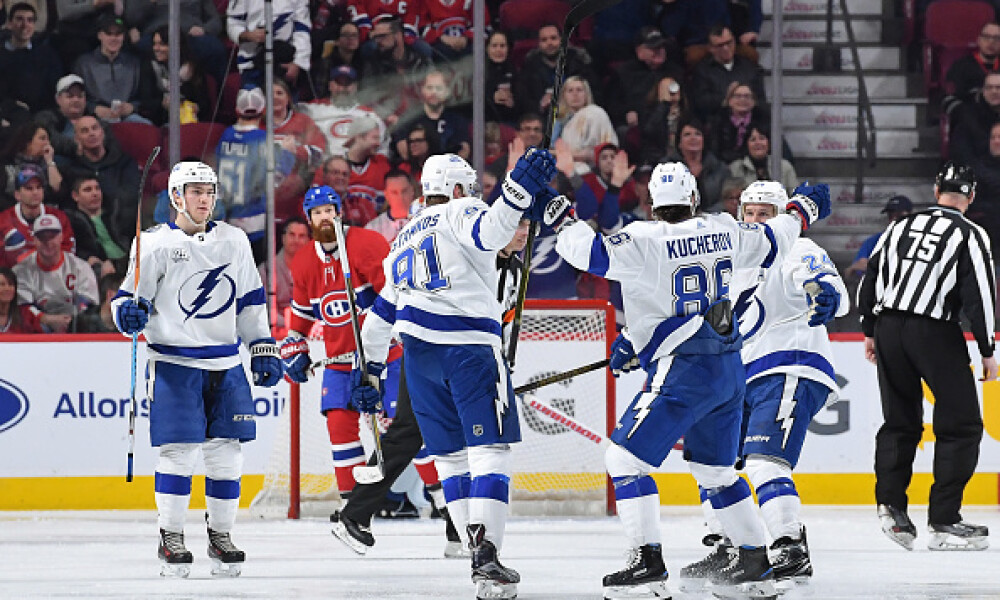 Tampa Bay heads come up two games with a chance to put this series to bed.

With this game being on the road, I look for Tampa to try and take away Sebastian Aho . So I would move down and look at Vincent Trochek and Martin Necas , or Jordan Staal and Andrei Svechnikov , as your forward targets for the Hurricanes.

On Defence, we all know about Dougie Hamilton and his shots output, but Brett Pesce has been a stud for the Hurricanes he has lead the way with the blocks and points. If you're looking for value for the Hurricanes I would look at Brady Skjei .

In goal, the Canes are going to Petr Mråzek for the first time this playoff. I can see using him in GPP, but I wouldn't go to him in cash games.

With the Lightning at home, you have to be willing to pay up for Brayden Point , Nikita Kucherov , and Ondrej Palat . With them getting last change they will be see more opportunities on offence. The primary pair being Point and Kucherov in cash, but Palat's ownership makes him interesting to match with Kucherov. You can roll the dice with Killorn and Cirelli, who played great for the Lightning in Carolina, but they wouldn't be a primary target.

Victor Hedman will continue to be in play. He leads all Tampa Bay players in points in this series, and he will block shots and give you points. Erik Cernak has been an interesting play as well, as he has been shooting the puck more and will get you blocks as well.

The Islanders head home tonight against the Bruins looking to take advantage of home ice.

Looking at injuries tonight, the Islanders come in with a clean bill aside from Anders Lee who isn't expected to return. Boston will be without Kevan Miller , and Craig Smith is a game-time decision.

Anthony Beauvillier continues to be the most reliable player for the Islanders. With the series shifting back to Long Island, it does put Mathew Barzal and Jordan Eberle back in play as they should get some freedom from Patrice Bergeron and company.

On the backend, Scott Mayfield and Ryan Pulock continue to be the primary targets. Both are blocking lots of shots, and are providing enough points to exceed their values most nights.

We won't know who is going in goal for the Islanders until game time, I expect Semyon Varlamov to be the guy tonight, and he should be useable in GPP games.

Even on the road, you can't avoid David Pastrnak , Patrice Bergeron , and Brad Marchand . Pastrnak is the most stable play, but in GPP I would be willing to mix and match the three. At a lower cost, I wouldn't lose sight of Taylor Hall and David Krejci .

From the backend, Brandon Carlo has been the top performer, and he won't break the bank. You can look at McAvoy, he has played well but the production hasn't been there this series, and if you're looking for more of a dice roll you can go to Matt Grzelcyk , but his shots and offence seem to of disappeared.

Tuuka Rask has been as good as any goalie in these playoffs, and when the Bruins are at home they are tough to beat. That being said he is a cash play only for me tonight, as he likely won't see more than 25 shots.