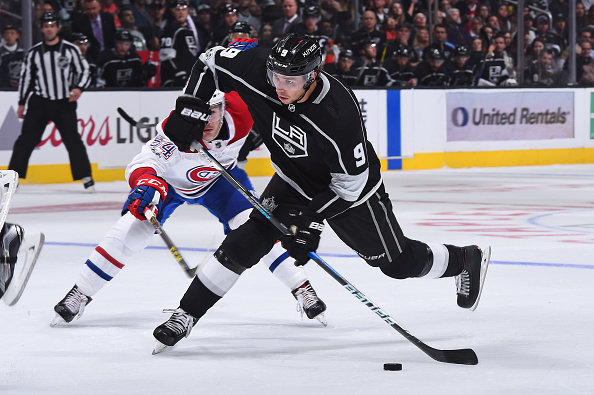 The big, fast forward enjoyed a hat-trick performance against Montreal this week, and should now start seeing more regular ice time (due to the injury to center Jeff Carter, who is out indefinitely). Kempe, the 29th overall selection in the 2014 NHL Draft, has a chance to establish himself as a go-to performer (and building block for the future) in Los Angeles. He seems to have found good chemistry with veteran winger Michael Cammalleri.

Injuries often open up opportunities in the world of sports, and Hill's situation is no exception. With projected Arizona starting netminder Antti Raanta (lower-body injury) still on the sidelines, the 21-year-old Hill is going to get the opportunity to unseat backup goaltender Louis Domingue (at the very least). Wins might be difficult to come by, but Hill has pretty good fantasy value (especially in keeper leagues). He is worth the gamble. 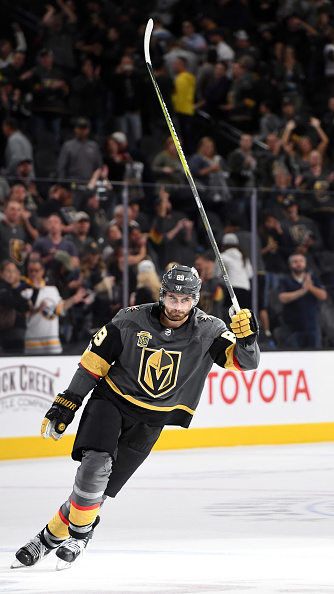 Recently recalled from the AHL's Chicago Wolves, where he began the campaign with four goals and five points in three games, Tuch has not stopped scoring even after a promotion to Vegas. Minnesota's first rounder (No. 18 overall) in 2014, Tuch will be asked to take up some of the scoring slack left behind due to injuries to both Jonathan Marchessault and Erik Haula. He has started his Golden Knights career alongside Vadim Shipachyov.

While the former Montreal and Edmonton center began his Rangers career on the fourth line, he has gradually started to work his way up the depth chart. The off-season trade of veteran Derek Stepan to Arizona has left a hole at center ice in Manhattan. Rookie teenager Filip Chytil began the season as the No. 3 center but proved to be not ready for prime time. Therefore, Desharnais has a chance to cement his fantasy stock this month.

While the veteran Finn began 2017-18 on Philadelphia's third line, he has quickly moved up to the No. 2 role behind the team's vaunted top line of Claude Giroux-Sean Couturier-Jakub Voracek. As long as Filppula is seeing regular duty on a line with power forward Wayne Simmonds, fantasy leaguers can expect solid (if unspectacular) production. The 33-year-old Filppula is worth picking up in most deep fantasy leagues.

The veteran, streaky scoring winger missed some time recently due to injury but is now back in action. Stafford was recently placed on New Jersey's No. 1 line alongside rookie phenom Nico Hischier and speedy winger Taylor Hall. It's a very good gig for Stafford, a four-time 20-goal man in the National Hockey League. His production should hit a few peaks and valleys but will probably exceed expectations if he stays on the top line.

Last season, Hyman did all of the dirty work and fellow rookie linemates Auston Matthews and William Nylander received all of the glory. So far in 2017-18, the versatile Hyman has picked up the scoring slack. With three goals and five points in his first seven games, the 25-year-old native of Toronto is well on his way to shattering his rookie numbers from '16-17 (82 GP, 10-18-28). He is worth picking up, as he will likely remain on the top unit. 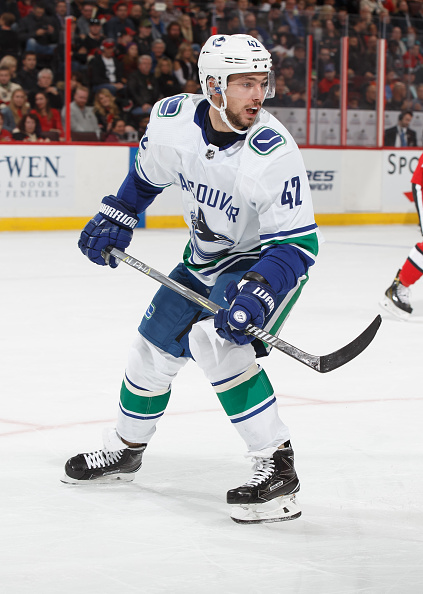 The inconsistent Russian seemed like an afterthought when the '17-18 regular season began, as he started his Vancouver career as the team's fourth-line center behind Bo Horvat, Henrik Sedin and Brandon Sutter. However, after rookie coach Travis Green did some line-juggling, Burmistrov now finds himself setting up rookie sniper Brock Boeser on a regular basis. The two have found instant chemistry, which bodes well for both players.

There may not be room for Jankowski in Calgary at the moment, but that has not stopped the 2012 first rounder from jumping out of the gate quickly at the AHL level. The 23-year-old has so far produced four goals and seven points in four games with the Stockton Heat. He is expected to be recalled by Calgary at some point this season, and there is a chance Jankowski might make an immediate impact at the AHL level. Pick him up, if you can.

The Wild have been decimated by injuries up front to start the 2017-18 regular season, so role players such as newcomer Ennis has been taking full advantage. The former Sabre has produced at a point-per-game pace to start off, as he attempts to regain past form with his new squad. With Zach Parise's wonky back still an issue, Ennis might be able to carve out an important scoring role in Minnesota this season. Take a chance on him.