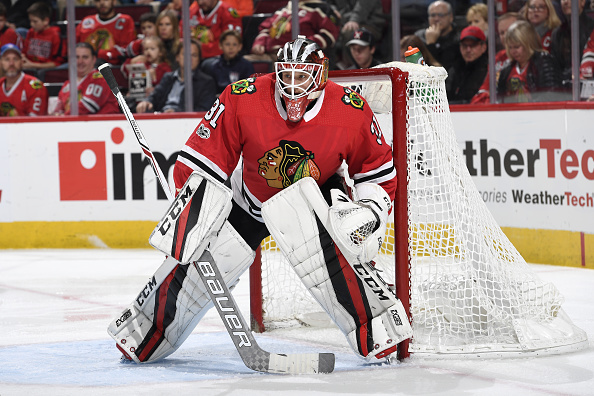 With Corey Crawford out indefinitely with an upper-body injury, Forsberg should see a fair amount of action in the coming weeks. The 25-year-old Swede, technically an NHL rookie this season after appearing in a total of ten games for Columbus the past three campaigns, has struggled recently (2 GP, 0-1-0, 3.87 GAA, .875 Sv%) but may get better with an extended workload. He should be picked up, especially by Crawford fantasy owners. 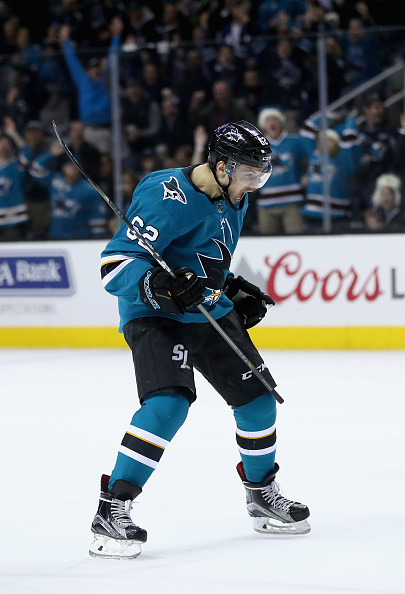 While there continues to be a numbers game among Sharks wingers this season, Labanc is starting to make his mark with six points in his last three games. Labanc has potted just four goals in 29 games so far in 2017-18, but he could start lighting the lamp regularly during his hot streak. He has spent time with first liners Joe Thornton and Joe Pavelski but is usually on a line with Tomas Hertl and Melker Karlsson these days. Pick Labanc up.

The Oilers have improved in recent weeks after their miserable start to 2017-18, thanks mostly to their offensive depth. Leon Draisaitl, who was playing right wing on Connor McDavid's line, is now centering his own unit with Khaira and Ryan Strome. The trio has done very well and the 23-year-old Khaira has benefited greatly. With three points in his last two games, Khaira has gone from bottom-six, depth player to potential fantasy sleeper.

The talented, two-way Finn has been used predominantly on Winnipeg's fourth line since coming over in a trade with the Buffalo Sabres in 2015. However, Armia's ice time may receive a spike now with No. 1 center Mark Scheifele out of the lineup for the next 6-8 weeks. Armia registered his first two-goal game of the season vs. Edmonton earlier this week, so he might be on the verge of a hot streak. He is a trusted player in his own end.

The Avalanche recently lost the services of top offensive defenseman Tyson Barrie, so several other Colorado blue liners will need to pick up the slack during his absence. Barberio, a mobile puck mover, could be the biggest beneficiary of Barrie's temporary departure. The 27-year-old Barberio, who was claimed off waivers from Montreal last season, has produced 10 points in 33 games so far in 2017-18 (including 2 assists in 2 GP).

It will be a lot harder to pronounce (or spell) his name than to predict his fantasy fortunes. Grzelcyk (pronounced Grez-lick) is making it hard for the Bruins to send him back down to the AHL's Providence Bruins once veteran rearguard Adam McQuaid returns from injury. Diminutive but dynamic, Grzelcyk is now seeing time on Boston's second power-play unit and making a lot of fantasy noise in the process. Do try to remember this name!

He had a rough start to the regular season and was sent back down to the AHL a few times earlier in 2017-18 in order to receive much-needed playing time, but Saros is starting to showcase his vast puck-stopping talent. With a really strong stretch of hockey lately (3 GP, 1-0-1, 1.01 GAA, .970 Sv%), Saros is now a great fantasy acquisition for Pekka Rinne owners to cover for possible injury. Saros is also a definite keeper-league option. 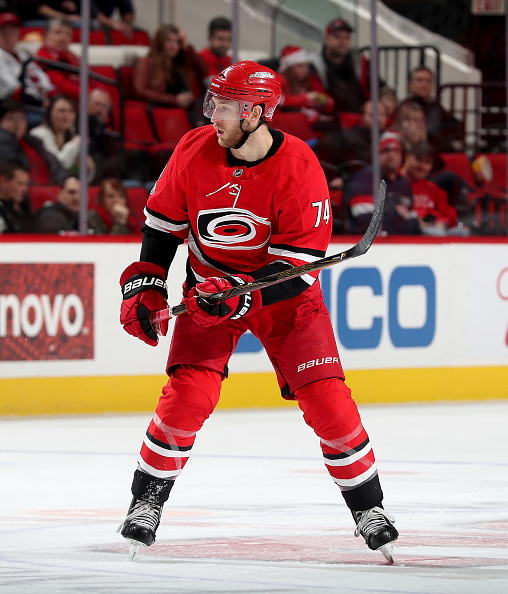 Carolina's top shutdown defenseman broke out with a 34-point campaign in 2016-17, but got off to a slow start to 2017-18. The Slavin of last year appears to be back in form now. He seems to be heating up, much like the rest of the Hurricanes at present time, with two points in his last two games. He does not see a lot of time with the man advantage but Slavin plays a lot and also provides secondary stats like blocked shots and time on ice.

A few weeks ago, Roslovic made our list of waiver wire possibilities because of his prospect status within the Jets organization. Now, as one of the top scorers in the AHL for a Jets franchise that has just lost its top center (Mark Scheifele) to a long-term injury, picking up Roslovic seems like a no-brainer at this point (even in year-to-year leagues). Do not be surprised if Roslovic gets his first taste of the National Hockey League this week.

Unlike a lot of top prospects who are currently starring for their countries at the 2018 WJC in Buffalo, New York, Chytil is eligible to play in the NHL once the tournament ends. That is because he was drafted out of the Czech Republic and not the CHL. In fact, Chytil was toiling for the AHL's Hartford Wolf Pack (15 GP, 5-7-12) prior to the start of the tourney. A definite keeper, Chytil might become a fantasy factor later this season with the Rangers.