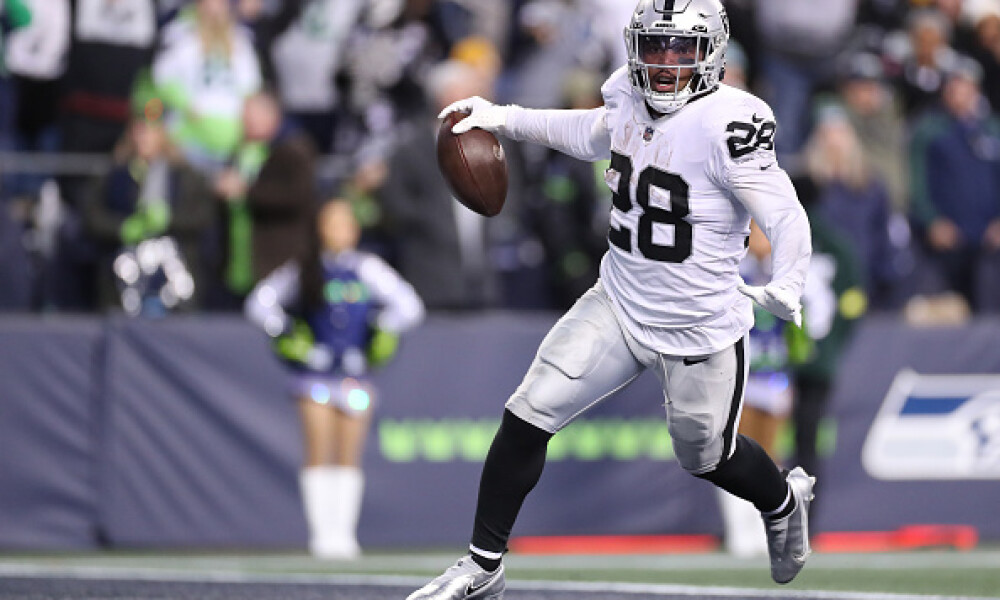 Everyone ready for NFL Week 13 DFS? With Thanksgiving in our rearview mirrors, it's time to get back to business with a regular NFL schedule. We've got one game – Buffalo Bills at New England Patriots – on Thursday, only two teams – Arizona Cardinals and Carolina Panthers – on a bye and a robust 12-game Sunday main slate. On top of that, we've got some amazing smash-spots for some players like Josh Jacobs against the Los Angeles Chargers and there are a slew of NFL Week 13 injuries that bear monitoring with the hopes of opening up some serious DFS value. If Travis Etienne doesn't play, does JaMycal Hasty become a must-play against the Detroit Lions? If Joe Mixon remains in the NFL concussion protocol, does Samaje Perine retain his value? And what about Leonard Fournette and Rachaad White? This worked, for the most part, last week. Can we run it back?

Of course, some of these injuries could also impact the DFS value of some guys as well. If Aaron Rodgers doesn't play, what are we to do with the Green Bay Packers wide receivers? Is Christian Watson still a must-play? And what about the potential shut-down of the Los Angeles Rams? Does it open up value or do guys like Van Jefferson become a wasted play?

All of these questions, and more, are about to be answered in the NFL Week 13 DFS Watch List!

As a reminder, we still have our Fantasy Alarm Black Friday Special where using the promo code BLACKFRIDAY will get you 20% off the annual subscription price PLUS a special #FAmily member swag bag that includes a Fantasy Alarm t-shirt, logo pint glass and Fantasy Alarm stickers. This is expected to run throughout CyberWeek, so if you want to spoil someone in your life, it makes for a fantastic gift.

Now, for those who may be joining us for the first time here, allow me to say Welcome and give you “the talk.”

From a value standpoint, we nailed some of the musts. We had Justin Herbert atop the Playbook and used him in our Example Lineups as the play you wanted to make. We had Josh Jacobs and James Conner in there alongside the uber-chalky Jeff Wilson and Rachaad White. We also had DK Metcalf and Keenan Allen in there with value picks like Treylon Burks and Van Jefferson. We even had the value plays at tight end like Foster Moreau if you couldn't afford the Mark Andrews or Travis Kelce route. And yes, we hit the defenses for you as well. Did we nail every guy? No, but we hit enough value in spots to help you build strong, winning DFS lineups for both cash games and GPP tournaments. Here is an overall look at the value found in the Playbook: