How 2021 Fantasy Football Underperformers Project for the 2022 NFL Season 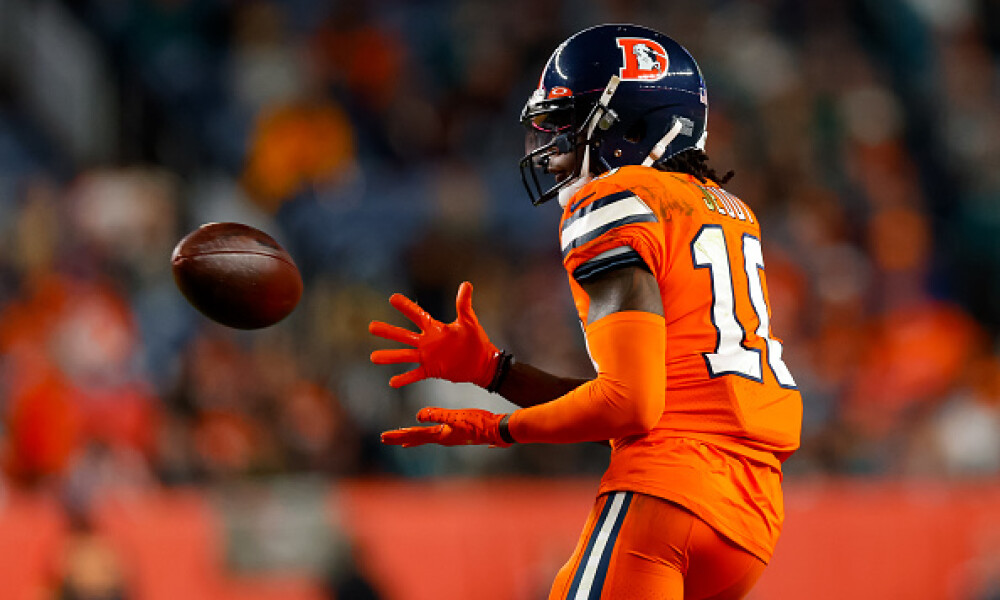 The NFL offseason is usually time for the casual fantasy football player to relax, refresh, and step away from the sport. For an analyst, however, it’s quite the opposite as we work on fantasy football rankings, prepare NFL mock drafts, and get ready for the NFL Draft. In the process of doing this, we are also watching NFL free agency moves and trades and are busy forming opinions and hot takes on certain players. While some of these takes look like they came straight from a crystal ball (cough James Conner gets red zone work cough), others don’t always come to fruition. But, like the saying goes, “there’s always next year.” Well, next year is almost here, so let’s look at some of 2021’s hot takes that didn’t pan out and how these players are set up for the 2022 fantasy football season.

This rumor continued to swell throughout the beginning of the 2021 season, and it went as far as Adam Schefter tweeting that Tua was going to be traded to the Houston Texans for Deshaun Watson. These rumors never materialized, and, not only did the Dolphins not trade Tua, but they have used this offseason to surround him with weapons and more protection on the offensive line. The Dolphins were last in the league at quarterback pressures allowed last season, but the acquisition of Terron Armstead and Conner Williams will give Tua more time in the pocket and allow him to complete more downfield throws. Something else that will help him is a little-known receiver by the name of Tyreek Hill. While Tua likely won’t shoot up the draft boards as a QB1 in fantasy, he should be a high-end Superflex option and a great streaming option as QB13-16 overall.

When the San Francisco 49ers traded up to get Trey Lance third overall in last year’s NFL draft, there was no way they were going to let him ride the bench all season, right? This belief caused Lance to shoot up in fantasy drafts, going as early as the eighth round at one point. Sadly for Lance truthers, he only started two games last season, and those starts were due to the unavailability of Garoppolo because of injury. So how does his fantasy value look for the 2022 season? The 49ers have yet to trade Garoppolo, and the market for a starting quarterback is drying up quickly. That said, it’s likely that he is traded somewhere and Lance takes over as the starting quarterback. Even then, though, Lance is still in a run-heavy system in a tough division, so he likely won’t provide the kind of fantasy value people want from him this year. He has a high ceiling, but in season-long leagues, you can’t count on him to be a QB1 from week to week.

Clyde Edwards-Helaire Will be a Top Fantasy Football Running Back

Despite a promising start to his season, Clyde Edwards-Helaire did not live up to the preseason hype. He played in just ten games in the regular season, failed to crack the 20 point mark in PPR formats in any of them, and finished the year as RB46. The Chiefs also ran the ball at the 27th-lowest percentage in the league, running the ball at just over 37% of their plays in 2021. This season, Edwards-Helaire’s fantasy value should remain in the basement, as Kansas City added former Buccaneer Ronald Jones to an already crowded backfield. Some players just don’t work out from a fantasy perspective, and CEH looks to fall in that category.

Jerry Jeudy Will Have a Breakout Receiving Season

After showing flashes of what made him a first-round pick during his rookie season, people were all aboard the Jerry Jeudy train in 2021. Unfortunately, this didn’t happen, as he suffered a high-ankle sprain in Week 1, then failed to find the end zone after he returned to the field for the final nine games. Subdued quarterback play was to blame for the bulk of his woes, as Teddy Bridgewater and Drew Lock weren’t known for their downfield throws, but with the blockbuster acquisition of Russell Wilson from the Seattle Seahawks, the 2022 outlook looks much improved for Jeudy. Wilson’s arm has managed to support two high-level fantasy wide receivers for years in D.K. Metcalf and Tyler Lockett, and he did that with a much worse offensive line than he now has in Denver. Jeudy won’t be a WR1 like many thought he could be a year ago, but his fantasy situation is much improved going into the 2022 year. Don’t be surprised if he lands in the upper tier of WR2.

CeeDee Lamb Will be a Top Tier Wide Receiver

Offseason hype has a funny effect on analysts, and any rumored connection or additional practice can get blown way out of proportion. This is what happened when news broke that Dak Prescott built a football field in his backyard and was holding impromptu practices with his receivers over the summer. There was also the “Hard Knocks” bump that caused the hype around CeeDee Lamb to swell to an all-time high. At one point, Lamb was going in the early second round, coming off the board before receivers like Cooper Kupp and Ja’Marr Chase. It wasn’t a total dud of a year, as Lamb did set career highs in yardage and receptions, but it was a far cry from what the expectations for his fantasy value were. This season, he should take a big step forward toward fulfilling those WR1 expectations, as Amari Cooper was traded to the Cleveland Browns, but don’t be surprised if he ends up in the WR2 range with Dallas’ run-heavy approach.

Mecole Hardman Will Finally be a Fantasy Relevant Receiver

It seemed that everyone was talking about Mecole Hardman’s possibilities last season of becoming a fantasy-relevant receiving option. The speed and playmaking ability he showed at Georgia just hadn’t yet materialized on an NFL field, but by golly, 2021 was his season. Well, it was not, as he ended up as WR48 in PPR leagues on the year. Could this finally be the year with Tyreek Hill gone? It’s doubtful. The Chiefs brought in JuJu Smith-Schuster, and with him likely to be the number one wide receiver on the team, Hardman should remain the number two wide receiver and the de facto third option behind Smith-Schuster and Travis Kelce. To make matters worse, the number two wide receiver on the Chiefs hasn’t finished better than WR48 in PPR leagues since Patrick Mahomes took over as quarterback. It’s not a system designed around ancillary pieces, so it’s best to leave Hardman off your team this fantasy football season.