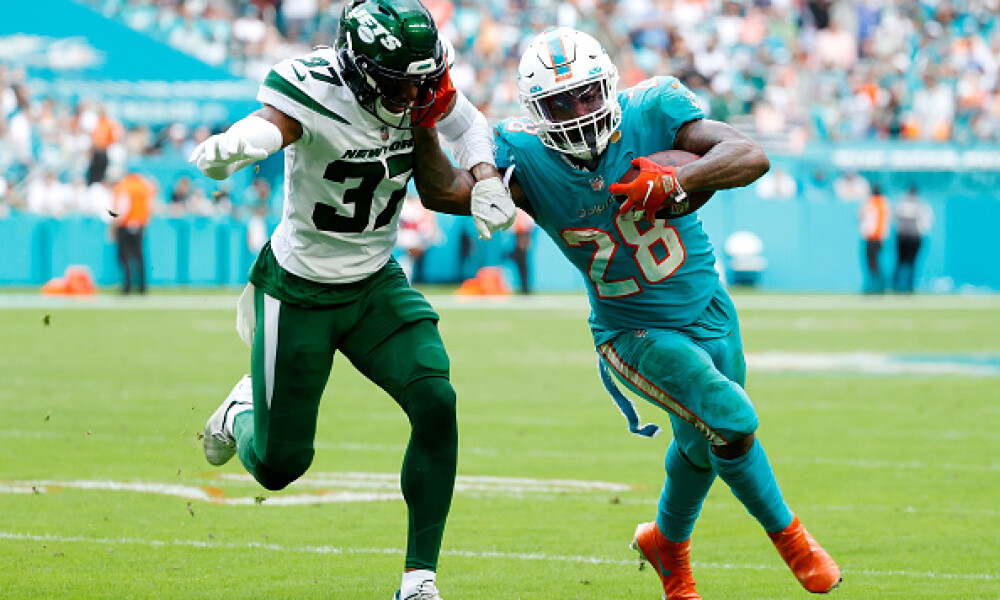 Once again, conventional injuries and COVID-19 are making a mess of fantasy rosters as Week 16, (week two of the fantasy playoffs) approaches. However, there are a few RBs, some not even selected in typical preseason fantasy drafts, who have a chance to unexpectedly provide a boost to some fantasy playoff teams this week.

Titans RB D’onta Foreman is one such back. He rushed for 108 yards against the Steelers in Week 15, (his second 100 plus rushing game over his last two games) and he now has a 4.5 YPC average on the season.

Bucs RB Leonard Fournette (hamstring) will likely be out for the rest of the regular season leaving Ronald Jones as the team’s lead back. With Giovani Bernard on the IR and Ke’Shawn Vaughn as the only other Buccaneers RB available, the team signed Le’Veon Bell. Bell played in five games for the Ravens earlier this season posting lackluster results. Jones doesn’t have a great matchup against the Panthers, but they’ve given up 4.18 YPC to RBs on the season.

The Dolphins are a team that has been running the ball a lot of late but trying to figure out which RB head coach Brian Flores will choose to lead the team on a weekly basis can be near impossible. In Week 15 Duke Johnson led the way and with 107 rushing yards and two TDs appears to have earned himself another start. However, with Myles Gaskin, Salvon Ahmed and Phillip Lindsay also on the active roster, Johnson might find himself splitting carries in Week 16. Gaskin had been the Dolphins’ lead back for much of the season, and although he has just 3.5 YPC, he would likely be Johnson’s main competition for playing time against the Saints’ tough run defense this week. Starting any Dolphins RB against the tough Saints run defense could be a very risky proposition for fantasy football managers this week.

Craig Reynolds has burst onto the scene with 195 rushing yards and 5.27 YPC over the past two weeks. Unfortunately for him his brief moment in the spotlight could be ending with D’Andre Swift (shoulder) expected to return to practice this week and Jamaal Williams activated from the COVID-19 list. There’s no guarantee that Swift will be healthy enough to suit up for action this week which could allow Reynolds to split carries with Williams in a good matchup against the Falcons.

Rams head coach Sean McVay left many fantasy football managers frustrated when he declared that Sony Michel and Darrell Henderson were co-RB1s ahead of their Week 15 matchup against the Seahawks. However, Michel was the Rams’ lead back this past week, carrying the ball 18 times compared to Henderson’s six. Fantasy manager’s rostering Henderson shouldn’t give up hope on him just yet. Michel’s 92 rushing yards and 5.1 YPC were a bit inflated by his 39-yard run.