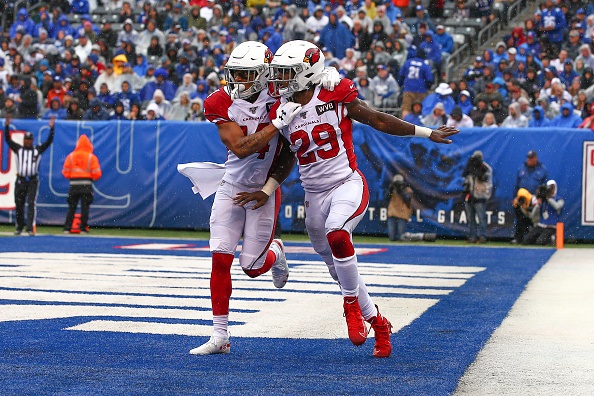 It was quite the week for unexpected running back performances. Injuries always find their way into backfields and this is the time of year things start getting interesting. There’s talent on the wire and a number of situations we need to monitor going forward. Here are the notable workloads from week 7.

Chase Edmonds , RB ARI - The takeaway here is that Edmonds can handle a lead role. Will he get real work going forward? Hard to say and mainly dependent on David Johnson ’s health. In this game, DJ’s health wasn’t risked and Edmonds handled 61/64 snaps with three-TD ease. Assuming this was mostly cautionary for DJ, Edmonds slots back into his change of pace role. He’s talented and will get touches, though. Consider him Ekeler-lite and usable in deep leagues.

Ty Johnson, RB DET - The hot waiver pickup of the season so far with Kerryon Johnson hitting the IR. Ty Johnson showed us rather little on Sunday. Understandable, getting thrown into the deep end in a divisional game against Minnesota. The more encouraging part is that he reeled in four catches. J.D. McKissic showed some wiggle and will spell Johnson at a higher (probably about 30-35% of snaps). Paul Perkins is lurking in the background after Detroit claimed him earlier this season. He’s been largely inactive so I don’t have much interest unless someone ahead of him stumbles.

Latavius Murray , RB NO - Lat Murray torched the Bears defense just like we all suspected. OK, I did not expect him to even hit double-digit fantasy points. With the Chicago offense incapable of pushing back for much of the game the Saints were free to grind away on the ground. As thing wore on Murray started punching through. There’s no one else on the depth chart with much to offer behind Murray so he’ll probably handle 80+% of the snaps if Alvin Kamara remains out. Even with an active Kamara, he’ll probably handle at least half the load in a game against Arizona they may not need to risk much.

Saquon Barkley , RB NYG - Fresh off his high ankle sprain the Giants didn’t bother easing Barkley back into things with 61 snaps (86%). It was odd that he only totaled three catches in a game they trailed. Maybe Golden Tate ’s role overlaps with his in the passing game. As that ankle gets closer to 100% Barkley should go back to being his unstoppable self. 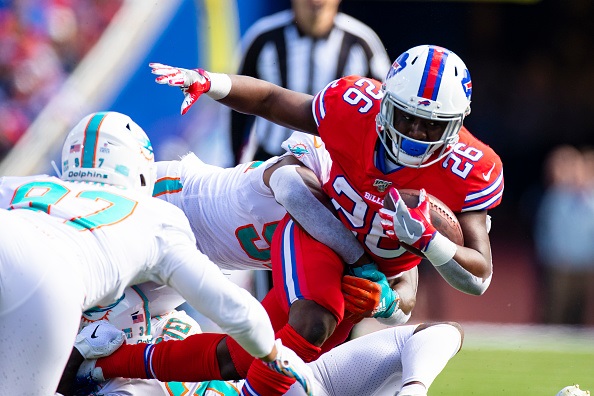 Devin Singletary , RB BUF - Singletary played 22 snaps to Frank Gore ’s 30 coming out of Buffalo’s bye week. That part is encouraging for his hamstring health. He didn’t show much of the electricity that was there prior to the injury, though. Going forward, this backfield likely stays in a fairly even split favoring Gore slightly. Singletary will probably be more useful in games they need plays. They get the Eagles this week, and while Philly is struggling, they can be a dangerous team still. Maybe we see some juice out of Singletary, especially in the passing game.

Mark Walton , RB MIA - The changing of the guard continues with Walton out-snapping Kenyan Drake for a change. The team has botched Drake’s trade value stupendously. Hopefully they come to their senses and take anything they can get. That frees up 5-10 more touched for Walton (assuming they realize Kalen Ballage is bad). For his part, Walton has been decent running behind a shoddy line and attached to the league’s worst offense. It’d be nice if he was rewarded with a rushing TD soon.

Devonta Freeman , RB ATL - Freeman would have played nearly every snap Sunday with Ito Smith being violently concussed. Freeman decided throwing a punch at human wrecking ball Aaron Donald and being ejected was the better option apparently. Brian Hill led a handful of replacements in picking up the slack. Smith is ruled out this week and there’s been no word about the team punishing Freeman. Expect Freeman to play a higher cut of snaps this week and absorb Ito’s passing work. Brian Hill probably spells him to make up for it.

Josh Jacobs , RB OAK - Jon Gruden’s willingness to stick with the run despite being blown out is a feature, not a bug, for Jacobs’ owners. If I told you JJ went 21-124 you’d expect the Raiders to have won or been right in the game. They were thoroughly dismantled by the Packers, however. Jacobs did play fewer snaps with the passing backs Jalen Richard and DeAndre Washington getting more work. It didn’t affect Jacobs’ fantasy day severely. He’s a hard runner and the kind of back that Gruden drools over. His value is cemented into that offense.

Todd Gurley , RB LAR - With the Rams ahead and not scoreboard chasing Gurley settled back into his role of about 50 snaps and 18-19 touches. This amount of work is fine when he scores touchdowns. The Rams offensive line markedly worse than it was in 2018, however. He won’t be posting many huge days and may have difficulty scoring TDs in a suddenly pedestrian offense. The OL can’t really be fixed in-season beyond better play. Maybe the playcalling gets back to the dynamic style that made this offense great but Sean McVay is content winning without producing huge fantasy days.