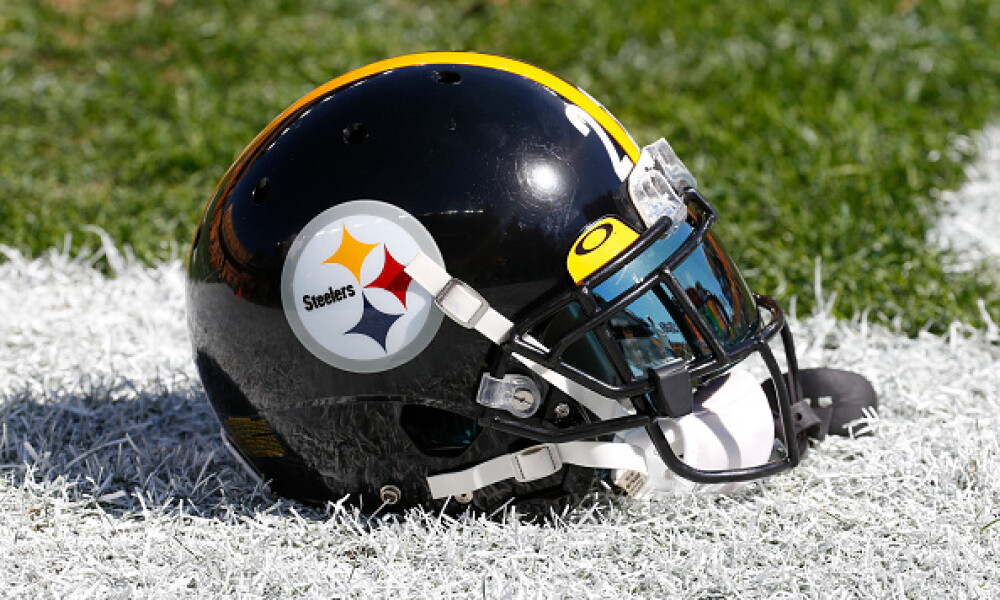 Obviously, there is one story that has dominated the Steelers' universe this off-season; the retirement of their longtime quarterback Ben Roethlisberger.  And rightfully so as a quarterback is far and away the most important position on the team.  With that said, the Steelers have a good chunk of cap space and they have all of their early-round picks still so, if they can be confident in who the signal-caller will be, they might be able to get right back to the playoffs this season.  Let’s take a look at some of the moves they make this off-season to make it there.

The most common way to generate money via restructuring is to convert base salary to signing bonus which can then be spread out over the remaining years of the contract.  You can also potentially incorporate an extension to spread that money out further.  How favorable that is for both the team and player comes down to the long-term outlook for the player.  In certain circumstances, you may even have the leverage to ask a player to take less money.

This is the single and most obvious source of cap space if the Steelers need it. The risk with these basic conversion restructures is that you are essentially taking money from this year and having it reflect on the books for that player in future years. Considering TJ Watt was the Defensive Player of the Year this year, freeing up cap in the short term while also making Watt more comfortable for the long term feels like a mutually beneficial move. They could free up over $17 million for 2022 with a simple restructure.

Stephon Tuitt actually did this exact restructure last season which helped free up $6.34 million in 2021 while adding three voidable years to the end of his deal. They could actually do a similar base salary conversion this year to free up another $6 million though of course, that’s going to spread even more money out into those future years.

Another player that the Steelers restructured last year to clear around $7 million except Cameron Heyward will be 33 to start the season. They could do it again for another $6.5 million but it gets a little dangerous at his age to continue kicking that can down the road.

Minkah Fitzpatrick is in the last year of his deal so you can’t restructure him but you could give him an extension. In doing that, you can add years and convert base salary to signing bonus which would ease his cap hit for 2022. His cap hit is just over $10 million and they could free up $7.6 million for 2022 with an extension if they chose to do so.

Benny Snell Jr. is a capable enough back, but the Steelers obviously now have Najee Harris at the top and capable backs behind him in Trey Edmunds and Anthony McFarland. If a team would you give anything at all for Snell, you can save almost a million dollars in cap with only $175K in dead cap. Otherwise, he’s a potential cut candidate.

Devin Bush really has not panned out for the Steelers so far but cutting him doesn’t save you a dime (though they might just cut him for the roster spot at this point). Since you can clear some of his dead cap if someone would be willing to take him on, they should be dangling him out there for a symbolic 7th round pick just to see if anyone would be willing to bite.

This is the most obvious one out there as Joe Schobert did not really play at the caliber they had hoped after they acquired him via trade and his contract makes him fairly disposable. With a post-June 1 designated cut, they can save $9,250,000 with only $472K in dead cap. The writing might be on the wall with this one.

Pittsburgh obviously needs to work on the offensive line which means you need to either move current members of the line to a backup role or move on from them completely. Zach Banner is one of the few guys on the roster who can be released pretty cleanly as you can cut him with $1.625 million in dead cap while saving $5 million.

The Steelers have easily been one of the best teams at drafting wide receivers over the last couple of decades, so this isn’t the first time they’ve had this problem. In the past, they’ve moved on from guys like Emmanuel Sanders and Mike Wallace because they had players like Antonio Brown. In this case, the Steelers hit on not only Diontae Johnson and Chase Claypool, but also tight end Pat Freiermuth who are all on rookie deals so it likely makes sense to let JuJu Smith-Schuster leave for the high price he’s likely to command.

They have a lot of free agents but also enough money to bring some guys back here. Deciding whether to bring back Joe Haden really depends on whether you truly think the quarterback situation is good enough to compete again in 2022. He’ll be 33 years old at the start of the season, so it’s not a guy you throw a lot of long-term money at.

Of course, one of the only bright spots along the offensive line would also be the one who’s an unrestricted free agent. Trai Turner was a perennial Pro Bowler with the Carolina Panthers and then after a down year with the Chargers, bounced back this year to provide some veteran leadership for the Steelers line. He should be one of the priorities to bring back if possible.

Eric Ebron - Ebron was a decent acquisition and clearly a player they liked having around as he would travel on road games with the team even while injured (which is not something that many players do). But the acquisition of Pat Freiermuth likely makes him expendable so I expect the Steelers to let him leave and build depth behind Freiermuth, rather than alongside him.

The big question here is whether they think Akhello Witherspoon is ready to take that step forward from nickel or dime corner to full-time starter opposite Cameron Sutton. If he is ready, then he should be the priority to sign over someone like Joe Haden as he’s still only 26. If he’s viewed more as a third or fourth corner, they’ll want to lock up that second every snap corner first then worry about bringing him back.

Again, everyone knows the Steelers offensive line wasn’t good enough. I think you can get away with keeping one of Banner and Chukwuma Okorafor on the roster but you ideally bring in competition at offensive tackle that might even move Dan Moore from right tackle to left tackle. There’s a chance Okorafor realizes he would be the “swing” tackle and because of that he might want to test free agency to find a starting role somewhere.

Quarterback - They have Mason Rudolph under contract and they will almost certainly tender Dwayne Haskins as a free agent so that may be your quarterback competition for 2022. But, given all the pieces in place, any possible play for a trade or a draft pick they trust should be a priority. Neither Haskins nor Rudolph feels like the long-term answer and trading for someone like Jimmy Garoppolo could return the Steelers to AFC North contenders overnight.

Offensive Line - We’ve obviously mentioned this multiple times now but the line needs to get better. You have a young stud running back who was able to produce behind the mediocre line in place so improving on that front has to be a top priority. The good news from new offensive line coach Pat Meyer is that the options are flexible, as we detailed above which is always helpful in the draft. The Jets and Bengals were in a similar spot last year which allowed them to take guys like Alijah Vera-Tucker and Jackson Carman; players that were touted as potentially being able to play guard or tackle. At pick 20, Trevor Green is a guy who fits that exact description as he could play pretty much any position on the line or, at pick 52, they could go with someone like guard Zion Johnson or tackle Darian Kinnard. In free agency, the very top dogs like Terron Armstead might be a little too expensive but you never know. A high-risk, high-reward player that fits that “flexible” bill would be Riley Reiff, who has said he’s willing to play tackle or guard but has also struggled with injuries in recent years.

Secondary - This is going to boil down to what they do with their own free agents but corners Joe Hayden, Ahkello Witherspoon, and Arthur Maulet are all free agents as well as safeties Terrell Edmunds and Miles Killebrew.  The pass defense unit was middle of the pack in both pass defense (13th) and turnovers (16th) in 2021. This off-season will be a good opportunity to revamp the group and, as we talked about above with guys like Joe Haden, the direction they go in will likely depend on their QB situation and whether they truly believe they can compete for a Super Bowl in 2021.