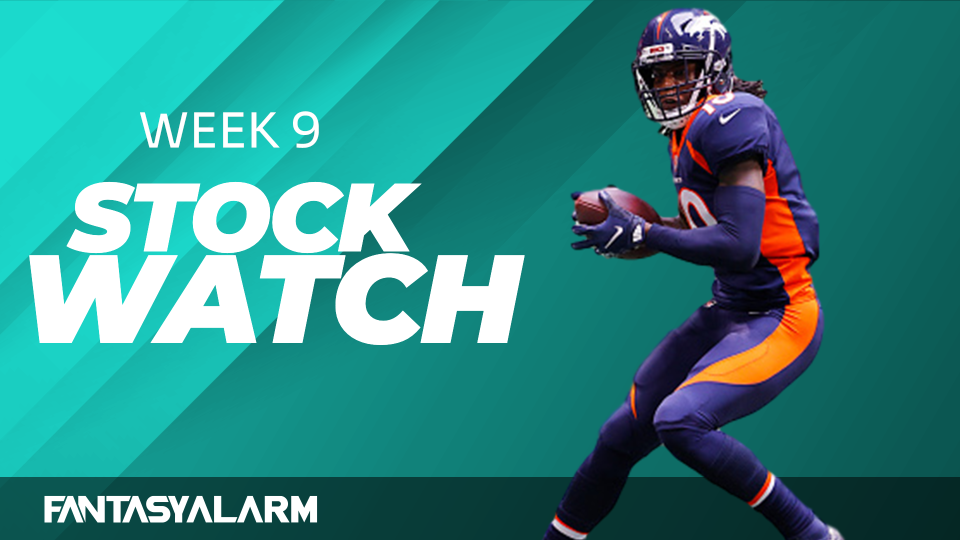 How was week 9 of the fantasy football season similar to week 8? New week, same Dalvin Cook domination. Cook has produced nearly 88 fantasy points in PPR leagues collectively in his last 2 weeks. While it was great seeing the return of Christian McCaffrey , he didn't leave week 9 unscathed as he suffered a shoulder injury and could be out week 10. Hopefully, fantasy players that had both McCaffrey and Mike Davis held on to Davis because his value is about to rise again. Speaking of injuries, besides Kyle Allen dislocating his ankle, David Johnson , Matthew Stafford and David Montgomery all took blows to the head and needed to be taken out of their respective games. Michael Thomas also finally returned to action, and while the Saints were able to put 38 points on the board, Thomas was only able to catch 5 passes for 51 yards. Something else that we experienced in week 9 that we did in week 8 is frustration regarding the Ravens offense. Mark Andrews and Marquise Brown continue to underperform and the investment in Lamar Jackson continues to not pay off. It's playoff push time and we must stay focused no matter how many obstacles are in the way. It's all about winning that title! Let's get it!