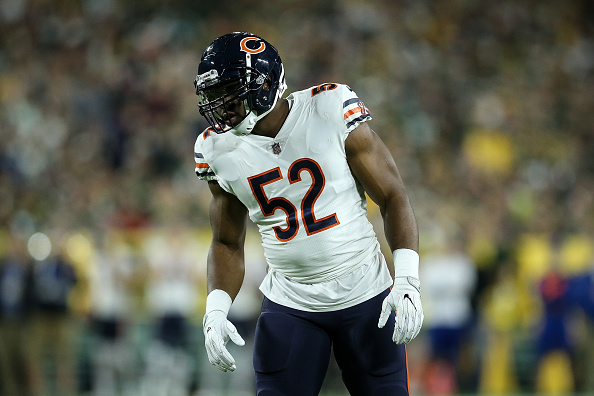 Week One is in the books, and already some significant injuries are impacting fantasy fortunes. There are also some defensive players that are playing at levels exceeding where they were projected during the preseason, as well as a few that are not performing up to expectations. This article will suggest on a weekly basis who you want to target off the waiver wire, who you may want to drop or at least bench, and what injuries are affecting your rosters the coming week and perhaps all season long. So come along for the information every week to assist you in dominating your IDP leagues.

Bye Weeks coming up: None, it is too early for that yet. 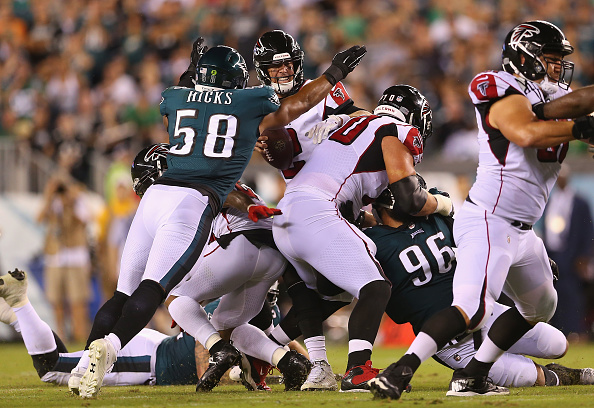 Hicks was an every down LB in Week One, and you can look for that to continue to be the situation going forward. He had an excellent stat line against the Falcons: seven total tackles (TT) with five of those being solo and one for a loss of yards (TFL), 1.5 sacks, two QB hurries (QH) and one pass defensed (PD).

Buffalo’s defense looks to spend considerable time on the field if the first week’s action is any clue. Milano had eight TT (seven solo, one TFL) and a fumble recovery against the Ravens, which will make the LB a wire target this week.

Vigil was on the field for all 82 defensive snaps in Week One, and will be relied upon to shore up the Bengal defense so long as starter Vontaze Burfict is on the sidelines. He had 11 solo tackles with two TFL against the Colts on the road. This week is the Cincy home opener, and look for the defense to play well against the visiting Ravens.

Hunt started at DE in Week One, and looks to get continued high snap usage going forward, based on the two sack/two QH effort he put forth on Sunday. He also added three solo tackles, all for a loss of yards.

Jackson is a converted cornerback, which means on both the Yahoo and ESPN platforms he has dual eligibility. If you play in a cornerback-mandatory league, and he is available, snap him up immediately and plug him into your lineup.
Safety production from the CB roster position is huge. He is coming off an eight solo tackle effort against the Patriots in Week One, with two forced fumbles, so do not dawdle in making your claim for his services.

Brice looks like the starting strong safety for the Packers, a position which has yielded excellent fantasy value in the past. Morgan Burnett has left to join the Steeler defense, which provides an opportunity for Brice to grab the starting job. He grabbed his first sack of the season against the Bears, to go with nine TT (eight solo).

With Keanu Neal now lost for the season, the Falcons will turn to Kazee to step in at safety. In the event you were (un)fortunate enough to snag Neal in the draft, now is the time to regroup by picking up his replacement.

Young has value so long as Jimmy Smith is out on suspension. He had two sacks in the first half against the Bills, but then again, the Bills will likely make lots of IDP look like superstars this season if Week One is any indication of future performance. He also had three solo tackles (two TFL) plus a pair of QH and a PD, to make for an attractive stat line coming out of the first week of action. He is a definite short-term pickup.

Ward had a nice debut, grabbing a couple of INTs against Ben Roethlisberger and the Steelers, as well as three PDs. Toss in six TT (two solos) and the Ohio State alum becomes an intriguing waiver wire addition if your CBs are underperforming.

The converted college safety looked solid in Week One, with eight TT (seven solo) and a PD. As a rookie, expect offensive coordinators to target him until he proves his mettle, and thus, he should see a ton of action to open the season. If he keeps up his performance as he showed in the first game of the regular season, he is a player to keep an eye on, even if you do not need to add him immediately. 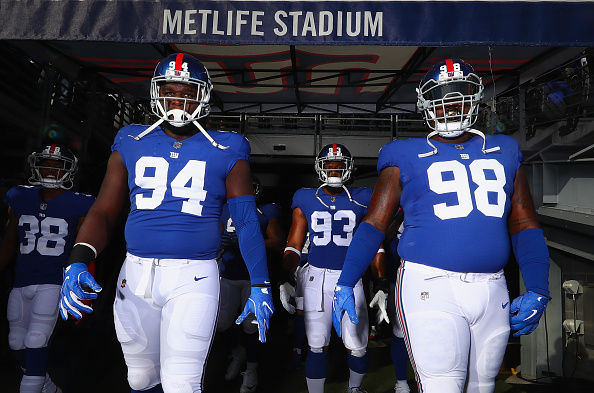 Goodson was the starter at ILB with Alex Ogletree, but played in just over 50% of the defensive snaps. He was limited to just two total tackles (one solo), which is not the sort of production you should value on a weekly basis.

The Patriots frequently frustrate fantasy owners with their usage of defensive players, and Clayborn was involved in just 30% of the defensive snaps against the visiting Texans. Unless and until his snap count increases, he is not going to produce for your IDP squad.

None to speak of, except those listed in the injury report below.

This portion of the report will highlight those teams you want to look to when picking up IDP to replace injured players or those whose teams are on a bye. It is too early in the season to truly get a handle on how defenses are shaking out yet, however, so you will have to wait until next week to see specific suggestions here. This early on in the season you should not panic, instead relying on those players that were projected as top IDP to draft so long as they are healthy. Patience is warranted here, rather than rash action that may not be easily remedied.

As with the Matchup section, this portion of the IDP Report will feature those players that are available on the wire in better than 50 % of leagues. All those players discussed above as rising IDP should fall within that definition in Week Two, and therefore you are directed above to find your targets to add to your rosters. This section will begin to be populated in full beginning with next week’s IDP Report.

As ever, good luck and Godspeed in your fantasy efforts. Make sure to read all of our great articles to help you win your fantasy match ups every week and ultimately bask in championship glory. If you have any fantasy football questions, especially about IDP leagues, send a message to ia@fantasyalarm.com.