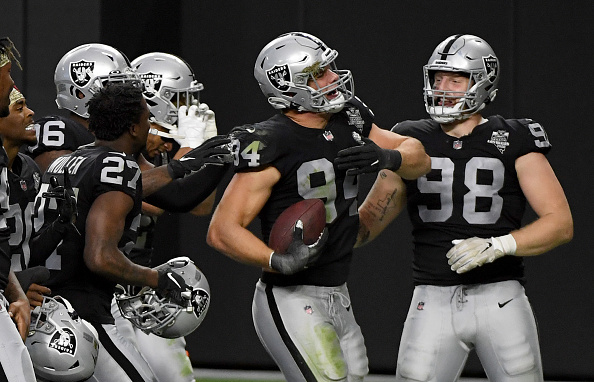 This should be the championship week for your fantasy leagues, unless your commissioner has set up a two-week final matchup, with the points of both this week and Week 17 combined to determine who takes the crown. If your league uses Week 17 as the sole determining final playoff week, it is a strong suggestion that you take a league vote and stop that foolishness next season. In any event, this article will wrap for the season next week, but for now, here are the rising and falling IDP options for your consideration.

Hall did not make his first start this season until Week 9, but really had his coming out party in Week 15 with 13 total tackles (TT), 12 of those on his own. His matchup in the coming game is not great on paper, but then again, neither was the most recent tilt against the Dolphins. He is a steal in tackle-oriented leagues for the presumably final playoff week.

Hudson took advantage of injuries depleting the Washington depth chart, and collected eight TT (four solo, one TFL) against the visiting Seahawks, to go with a QB hit/hurry (QH). He has a home contest on tap against the Panthers, a middle-of-the-pack opponent in terms of allowing LB fantasy point production.

Gardeck has collected five sacks over the past three games, but keep an eye on his status as the Cardinals are set to play on Saturday and his knee could sideline him. Against the Eagles in Week 15’s home game, he had five solo tackles, two for a loss of yards (TFL) and a pair of QH to go with his two sacks.

Niemann has increased value if Damien Wilson is not able to play against the visiting Falcons Sunday, but then again, the Chief depth chart at LB is decidedly thin in any event as of the writing of this article, and Niemann should be readily available to pick up for your IDP roster. He is coming off an eight TT effort (five solo) effort in Week 15.

Nassib returned to his role in the rotation of Raider DLs after missing two weeks with a five TT game (two solo, two TFL). He has been racking up the PDs of late, and added another against the visiting Chargers, along with a QH. His matchup at home against the Dolphins is not great, but not terrible, either.

Lawson has not been a consistent edge rusher for the Bengals since his first season, but now has 5.5 sacks on the year, collecting another against the Steelers to go along with forcing a fumble (FF). He only had two solo tackles, so his value comes from the occasional big play production.

Smoot has been racking up the sacks recently, with four over his past four games played, turning it on at just the right juncture for his fantasy owners, who are not that numerous, to be honest. He has also had a run on FF with one in each of the past two contests and improved tackle numbers, too.

Another sack monster, the Bronco DE has been credited with one in each of the past three games. He also has four TT in both his most recent contests (seven solo) and also produced a FF against the visiting Bills in Week 15. All this despite playing limited snaps on defense, and he has an excellent matchup on tap with the Chargers hosting the Broncos this week.

As noted above, Harris has a superb matchup lined up in Week 16 in Los Angeles against the Chargers. In an early season matchup at home against the Chargers, he collected six TT, and thus, the potential for tackle production is there. Plus, he qualifies at DT for those operating in DT-mandatory leagues on both Yahoo and ESPN platforms.

Nichols is on a three-game sack streak, collecting one against division-rival Minnesota last week. He also had three QH and seven TT (only one solo, alas). As with all the rising IDP this week profiled here, he is readily available on all platforms

Green Bay should be in a shootout with the Titans, allowing the starting strong safety to continue to rack up the tackles. He has had seven TT in four of his last five games, making for consistent production from the DB position for his owners.

Neasman has had the opportunity to produce as he has filled in for the injured Ricardo Allen the past two weeks, playing the majority of snaps on defense and collecting his first sack of the season against the visiting Buccaneers in Week 15, along with eight TT (three solo, one TFL). He also had a QH to boost his big play value. Keep an eye on Allen’s status as it will impact Neasman’s time on the field.

Leading the Browns with 10 TT (eight solo, one TFL) against the host Giants, Joseph also pitched in on defense by breaking up a couple of passes. One of those broke up a potential TD to Evan Engram , helping to seal the road win for the surging Browns.

Wilson has regained an every down role for the Cowboys since his return from his groin strain, and contributed with eight TT (six solo), a pair of PD and an INT against the 49ers. He is averaging 9 TT per game over his last three played, and had a decent matchup against the division-opponent Eagles in store.

Allen has been playing at inside linebacker with Vince Williams sidelined on the COVID list. Getting a DB with LB snaps is an IDP bonus that should not be missed, and he is readily available on all platforms with just minimal ownership. He is a definite add in tackle-oriented leagues if you need a LB2 to flesh out your roster.

White’s tackle production has been inconsistent, but his big-play value has been improving of late. He has collected seven PD and three INT over his past six contests played. He had a sack in Week 15 and while the Patriots are not an ideal matchup, his recent production makes him worthy as in CB-mandatory leagues.

Johnson shifted to safety due to injuries in the Houston secondary, and is racking up significant tackles playing in the box on defense. He has collected 23 TT over the past three weeks, nine at Indy in Week 15 (seven solo). He gets to face the Bengals this week, and while that would be best for him as a cornerback, it is not exactly a terrible matchup, either.

If he continues to start for the Eagles, his production should continue to be prolific as the starting right cornerback on defense. He had 10 TT (seven solo) against the host Cardinals, along with a FF, a fumble recovery (FR) and half a sack. He has a prime matchup this week with a trip to Dallas on tap.

Klein’s playing time (PT) has been cut in half with Matt Milano ’s return to active status which is impacting his influence on the defensive side of things. He has collected just 13 TT over the past three games, which is not worthy of cluttering up your LB slots at this important time in the season. Cut him for a better option, four of which are profiled above.

It is due to his injury-prone condition that the Cowboy LB has ended up on this part of the Report. He had just three TT in his last effort, and also appeared to suffer a high-ankle sprain in Week 15’s contest. That is not a ringing endorsement for his presence in your lineup.

Walker’s PT is diminishing as the season progresses and he saw just 22 snaps on defense last week, although he did collect six TT (five solo). This week’s opponent, Pittsburgh, is also not a favorable matchup.

His teammate, Ben Niemann (profiled above) appears to be in favor at Hitchens’ expense these days. He collected just three TT last week against the Saints, and that is not starting material for a playoff fantasy team.

Winovich is falling out of favor in New England, with a serious decline in on-field presence over the past two contests. He had a big goose egg in production in Week 15, with no tackles whatsoever, and only five TT over the past three weeks. Drop him and stop the bleeding.

He is not listed as an injured player, and his snaps are not diminishing, but he has provided just four TT over the past three games combined. That is a mystery, but you are not working that case any longer if you have a modicum of fantasy wherewithal. Cut him and find a replacement immediately.

As with Graham above, his productivity has fallen off the charts of late. Two TT (one solo) over the past two contests with a single PD while still playing full time is a serious funk and worthy of being dropped from all rosters in competition.

Remember, the first team listed is the one to use your IDPs against. Do not go crazy, and play a LB5 against Washington, but certainly you will do well if you own a top LB or DE on the Cowboys or Panthers, or a Jacksonville DB that you can plug in this week, for the most part.

As always, good luck and Godspeed in your fantasy efforts. Make sure to read all of our great articles to help you win your fantasy match ups every week and ultimately bask in championship glory. FANation Chat is now live on the site, to help you work through your fantasy football dilemmas. Or if you have any fantasy football questions, especially about IDP leagues, you can also send a message to ia@fantasyalarm.com for a personal response from the writer of this article. Naturally, the more detail you can send about your league, such as number of teams, platform you play in (Yahoo, ESPN, etc.), scoring and roster system, the better the ability to provide accurate advice.