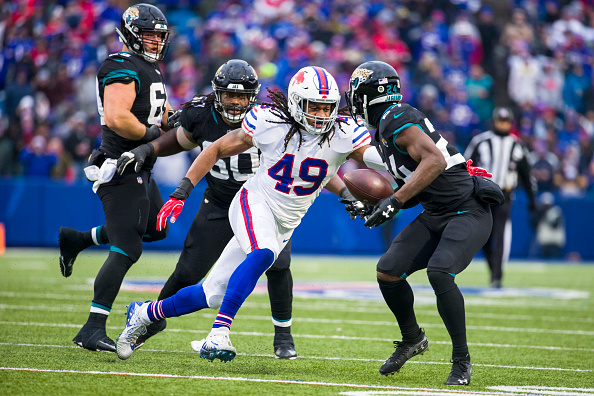 Some fantasy players were eliminated in a weird Week 14, but for those of you still in the hunt for the league championship, there are a handful of LBs and DLs to target on the free agent market. Plus, a much healthier group of potential DBs to help you in your quest for fantasy glory.

The rookie linebacker is a valuable asset in a tackle-oriented IDP league, as he has amassed 90 total tackles (TT) over the 12 games he has played in 2018. He is averaging just over five solo tackles per contest. He is not only a tackle machine, but also has contributed 10 pass deflections (PD) this season, with a pair of fumbles forced (FF) as well. The home stat crew is one of the most generous in handing out tackle counts, which plays well in Week 15 against the visiting Lions.

Speaking of the Detroit squad, Davis gets to face off against the team that allows the most fantasy points to opposing linebacking crews when the Lions head to Buffalo in Week 15. Davis is coming off an eight TT effort (seven solo) in the desert against the Cardinals, where he also had a sack and a PD.

Hewitt benefitted from facing those generous Bills last week to the tune of eight TT (five solo), and now gets to face an almost as delectable squad in the form of the Texans. With Darron Lee on the sidelines, suspended due to violating the league’s substance-abuse policy, he projects to play the bulk of the snaps at left inside LB, which should lead to another big fantasy-point game. 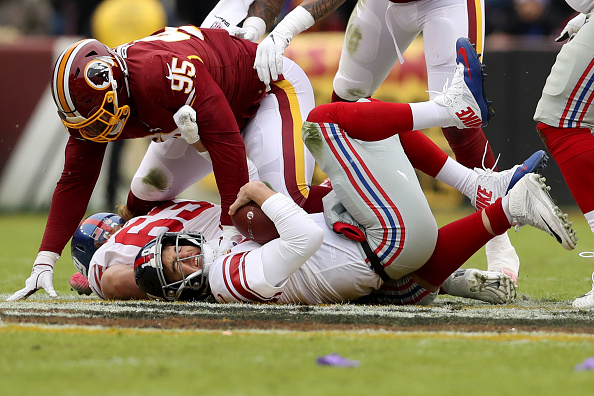 Bennett was the beneficiary of the prolific tackle opportunities offered by the Eagles’ Week 14 opponent, the Cowboys, racking up seven TT (five solo) with two of those for a loss of yards (TFL). He also added 1.5 sacks, five QB hits (QH) and forced a fumble. He has eight sacks over his last 10 contests played, making him a value in big-play formats. He did not practice on Wednesday, however, so keep an eye on his status for this week.

If you play in a DT-mandatory league, Payne has been a consistent tackle producer and plays nearly every snap on defense. He also has five sacks this season, so has the ability to provide a big play to increase his IDP productivity.

Despite playing as free safety, Randall is racking up the tackles for the Brown defense, averaging 5.5 solos per game. He is also showing a nose for the ball, with four interceptions on the season, including two in his past three contests. He has a great matchup against the Broncos in Week 15, and the next week against the Bengals is not shabby, either.

Thomas has stepped into the starting strong safety position for the Giants, with Landon Collins landing on the IR in Week 13. He should continue to see a significant uptick in snaps through the balance of the season, and will be a productive IDP asset should you be in search of a DB late into the season.

Reed has shifted to cornerback, the position he played in college. He had a superb Week 14, rolling up 12 TT (10 solo, three TFL) with a QH, a FF and a sack. His Week 15 opponent, Seattle, is a much better matchup for a corner than a safety, by the bye.

Hilton led the Steelers in tackles last week with eight TT (six solo, two TFL). He had an extremely productive week overall, with a fumble recovery (FR), two QH and a sack to go along with the tackles. He is taking on a couple of pass-oriented offenses in the next two weeks in the form of the Patriots and Saints, so expect his production to continue.

Johnson missed five games in the middle of the season, but has returned with a vengeance, providing decent tackle numbers to go along with big plays. He has racked up three INT and PD both over the last two weeks. He has a so-so matchup against the Texans in store this week, but then gets a better opportunity to shine against the Packers in Week 16.

Douglas had nine solo tackles against the prolific Dallas offense in Week 14, building on the seven TT he had in Week 13 against the visiting Washington attack. Facing the Rams this week is a nice matchup for cornerbacks. 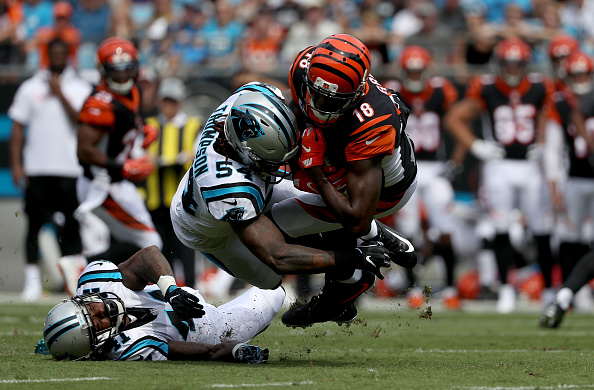 The rookie linebacker has been relegated to a part-time role now that Deion Jones is back in action. Note, however, that Jones is listed as questionable for Week 15’s tilt against the Cardinals, so he could see more action and potentially return to useful status for IDP purposes.

Despite playing significant snaps in the Bengal defensive scheme since his return to action, he has been, to put it bluntly, a huge disappointment. One solo tackle among five TT over two games is not the kind of output you want from a starting LB. Do not be fooled by the name value, look to his actual value, which is frankly nil at this point.

L.J. Fort ’s development as a three-down LB for the Steelers has shiftEd Williams to a reduced role. He is not contributing with sacks the past two weeks, and had just one solo tackle in Week 14 against the Raiders. Do yourself a favor and swap out Williams for Fort if you are intent on starting a Pittsburgh LB.

None of note, save for those listed below in the injury report.

See note above for DLs.

Remember, the first team listed is the one to use your IDPs against. Do not go crazy, and play a LB5 against the Bills, but certainly you will do well if you own a top LB on the Seahawks or Lions that you can plug in this week, for the most part.