And a cheer arose from fantasy owners everywhere,celebrating the end of the bye weeks and the roster/lineup shuffling those had required. Lots of defensive players to consider adding to your teams, and a few to consider abandoning as we head into the final week before playoffs begin in many leagues. Take note of the continuing slew of injuries, as well. 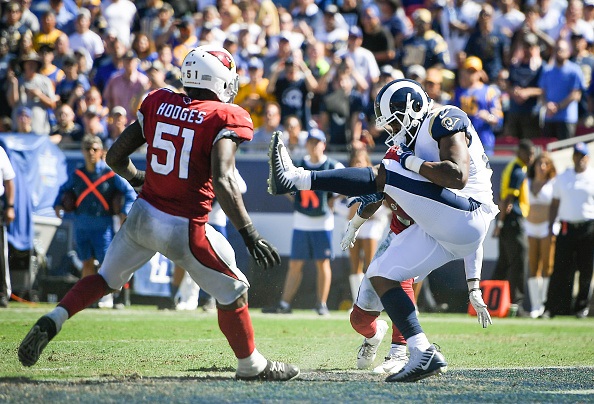 Hodges will see an increased role on the Cardinal defensive squad, taking on additional snaps with Josh Bynes now out for the balance of the season with a thumb injury. He accumulated 10 total tackles (TT), seven solo, while playing 2/3 of the snaps against the Chargers in Week 12.

Smith has started to collect sacks, with 3.5 over the past three weeks, including 1.5 in the Week 12 game at Dallas on Thanksgiving Day. He also snagged eight TT (three solo) with two of those for a loss of yards (TFL). To add the cherry atop the sundae, he tossed in four QB hits (QH) to add to his IDP stat line.

Morrow finally showed up on the stat sheet in Week 12, putting up four solo tackles (two TFL) along with a QH and a sack. He has been playing plenty of snaps and perhaps the breakout in the contest at Baltimore is a preview of increased value as an IDP option.

The undrafted rookie is beginning to see more playing time, and he picked up his first sack of the season last week. He only added three TT (all solo, one TFL) with a QH, but the former collegiate safety/linebacker has potential to produce for the Giants with the growth in time on the field.

The third-year LB led the Eagles in tackles in Week 12, with seven TT (six solo, one TFL). His snap count has seen an uptick, and with Jordan Hicks out of action, Philly will need their other LBs to step up. He does have a pair of decent matchups on tap against the Texas NFL franchises, Dallas in Week 14 and then Houston in Week 16.

Jones is a steady if unspectacular performer at LB, who will provide decent tackle production but not much else. He is seeing the third most snaps on defense for the Lions, so his stats should be acceptable for those playing in deeper leagues.

If you need sacks, then Bailey is an option at DL. Beware of the limited tackle numbers he puts up, however, as he is averaging just under two tackles per game on the season. He has a nice matchup in Week 13 when the Chiefs head to Oakland, and the balance of the fantasy season lines up to be less than average in fantasy potential.

Tomlinson stepped in when the Giants shipped Damon Harrison , Sr. to the Lions, and has been posting nice tackle production for a DT. He posted four solo tackles against the Eagles in Week 12 on the road, standard production for him over the past few weeks.

Crawford is developing into a good pass rusher, with five sacks over his past six contests. He also collected four TT (three solo, two TFL) last week against the host Saints with a QH on Drew Brees .

Woods has been playing like a DB2, at a minimum, and arguably up to a DB1 stature, with 24 TT (18 solo) since the team’s Week 8 bye, and has also contributed big plays with six pass deflections (PD) and an INT in Week 12 against Washington. He also has four favorable matchups on deck, so grab him now to shore up your IDP backfield.

Bell is serving as the Saints’ top strong safety, playing the bulk of the snaps on defense each week. He had both tackles (seven solo, one TFL) and big plays (a QH) in Week 12. He also contributed with a fumble recovery (FR) against the visiting Falcons. With his prodigious playing time, look for his tackle numbers to continue to match that of the New Orleans linebackers on a weekly basis.

Poyer put up his best tackle total in Week 12, collecting 10 TT against the Jags (nine solo, one TFL). He also was active against the passing game, with an INT and a PD. He is on the road this week, but then gets to play at home in front of the second most generous stat crew in terms of crediting tackles to defensive players in Weeks 14 and 15, making him a valuable asset to add for your playoff efforts.

Speaking of favorable home stat crews, Whitehead is at home for the next two weeks and the Tampa Bay statisticians are rated fifth most favorable for total tackles and second best with regard to solo efforts. Witness his 11 TT at home against the 49ers (10 solo) as a precursor to the next couple of contests.

Edmunds has been seeing plenty of snaps on defense for the Steelers, but had been putting up just mediocre fantasy production until this past week. Against the Broncos, though, he gathered in nine TT (eight solo), and given the amount of playing time the team is providing him, he must have the potential to be productive. It is difficult to extrapolate from just one good week out of six, but then again, he had a couple of good games in Weeks 4 and 5.

The Packers signed Campbell to help out with their injury-depleted secondary, and his playing time should remain high with Kentrell Brice suffering a concussion in Week 12. He had eight TT (five solo) against the Vikings last week, and while his next couple of weeks are not stellar matchups for opposing safeties, he should continue to provide tackle production simply based on snap count.

Joseph seemed to be out of favor with the Oakland coaching staff, but that has changed recently, and he was on the field for the defense for 61 snaps in Week 12 (and an additional four on special teams). He had eight TT (seven solo) against the Ravens on the road last week, and now has a pair of tasty matchups against the Chiefs and Steelers at home over the next two contests. 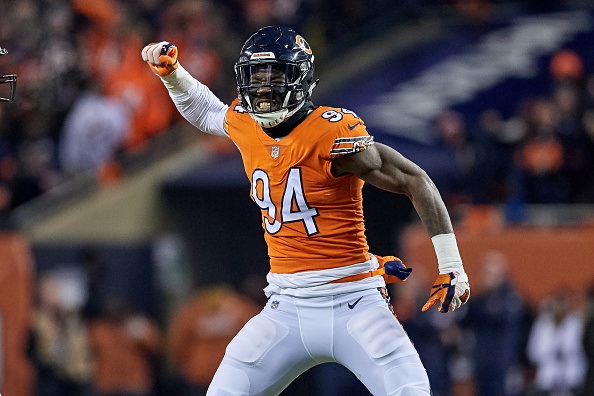 Floyd played a season-high 62 snaps on defense this past week, but managed to collect just two assists. He also has just one sack on the season, and is severely underperforming as part of the Bear defense. If for some reason you still are holding him on your IDP roster, cut him loose for any of the other LBs that have been profiled over the past several articles.

Hightower is a stalwart on defense, a leader on the field, but his talent rarely seems to match up with sparking fantasy stat numbers. In fantasy, intangible benefits are rarely of any value, and with just so-so tackle numbers, avoid being swayed by the name recognition and replace him with a more productive LB.

Wolfe has amassed 101 snaps on defense over the prior two contests, but only put up one lone solo tackle and two assists despite the massive playing time. 29 TT through 11 games is not acceptable for fantasy owners, especially without any meaningful big play production, either. There are far better options floating on the waiver wire, believe you me.

None of note, except for those listed in the injury report below.

Remember, the first team listed is the one to use your IDPs against. Do not go crazy, and play a LB5 against the Bills, but certainly you will do well if you own a top LB on the Colts, Panthers or Browns that you can plug in this week, for the most part. Plus, both sides of the Seattle-San Fran contest are tasty for LB matchups