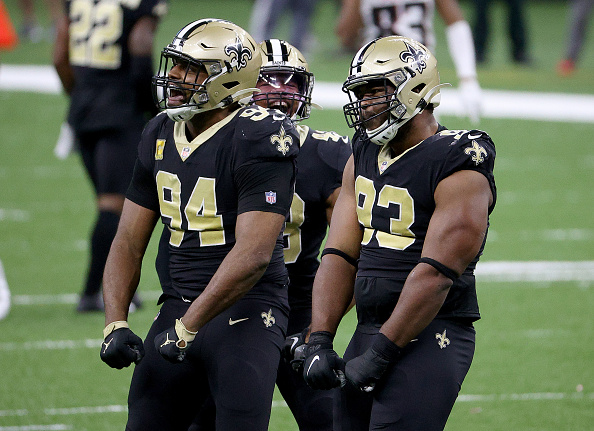 As noted immediately below, there are no off-week teams to worry about this week, it being Thanksgiving and all. And the latest bye week in history, Week 13, only has two teams that will not provide fantasy points from any of their players. As has been emphasized over the past couple of IDP Reports, however, the season heads inexorably toward the fantasy playoffs, and it is still essential to populate your roster with useful IDP to propel your squads forward toward championship greatness. So, let’s take a look at those whose stock is rising, and a handful you should consider cutting loose.

Bye Weeks coming up: Week 12- None; Week 13-Carolina, Tampa Bay…and that’s all she wrote as far as byes, thank goodney.

With the season-ending injury to Jayon Brown , Compton should step into an every-down role on the Titan defense going forward. The veteran collected six total tackles (TT) and tackle production is what should be anticipated from him, not the big-play potential IDP owners expected of the sidelined Brown.

Simmons racked up 10 TT in the Week 11 road loss to the Seahawks (nine solo). He also added a sack of Russell Wilson in that contest, and has a good, not great matchup on tap in Foxboro against the host Patriots this coming week. Beware, though, with De’Vondre Campbell healthy again, his snap count will be reduced.

Langi is making the transition from special teams member to full-time ILB for the Jets, due primarily to the trade of Avery Williamson and the injury to Blake Cashman. He has collected a whopping 21 TT over the past two games (17 solo, with eight last week against the host Chargers). Because of the propensity of the Jet defense to spend time on the field, this should result in nice tackle production by the third-year IDP.

If Myles Garrett misses more time due to COVID-19 protocols, then the Browns are going to rely on the veteran Vernon to shore up their pass rush. He collected three sacks against the visiting Eagle offense in Week 11, along with his five TT (four solo). Three of those tackles were for a loss of yards, too (TFL). Toss in three QB hits/hurries (QH) and a pass deflection (PD) and his owners were served a cornucopia of fantasy stats.

Another DE that delivered triple the sack goodness in Week 11 was the veteran Saint IDP. He contributed four solo tackles (three TFL) along with a tasty trio of QH to provide both big play and tackle production on the defensive side of fantasy point production. This week’s opponent is just middle of the pack (Denver) but then comes pair of superb matchups against the Falcons and Eagles. If he is languishing on your wire, snatch him up now for your fantasy playoff run.

Jarrett plays the bulk of snaps on the Falcon defensive side of the line, and while his sack production was absent for a bit, he snagged half a sack at New Orleans last week, along with a substantial seven TT (four solo), and a QH. He is a steady producer at DL, not to mention a serious value in DT-mandatory leagues.

Bradley McDougald is relegated to IR through this week at a minimum, so Davis is stepping up and playing full time at safety for the beleaguered Jet defense. He is the safety that is relied upon to rush the passer in the Jet scheme, which also improves his chances to see tackle opportunities. He collected double digit tackles in LA against the host Chargers (eight solo, four assists) and also recovered a fumble (FR), his first of the season.

The Titan second year defensive back saw a significant uptick in defensive snaps played last week, and it resulted in an INT late in the third quarter to stop a Raven drive. He also had a pair of PDs, and six TT (three solo) in the course of playing his 74 total snaps (10 on special teams). This week’s tilt against the Colts sees him pitted against the offense allowing the 4th most points to opposing safeties. His snap count is dependent on the health of Kenny Vaccaro , however, so take a close look at the injury report for Tennessee before going in full on Hooker.

Reed is back on the report this week, after being featured way back in Week 3. He continues to be an excellent source of tackles for those of you in tackle-oriented leagues, with minimal big-play potential. He gets the Lions on Thursday in Week 12, so jump on him for those early game points to make your team look better heading into the weekend, and boost your confidence.

His big play production in the form mostly of sacks has dried up, with his last sack occurring in Week 5. He is also not providing any real tackle numbers, with just 19 TT over a total 438 snaps on defense in 2020. Those results are worthy of cutting his presence from your roster, not just benching him.

Baker’s snap count has been steadily and decidedly declining as the season progresses, and he contributed just two TT last week against the Broncos (one solo). If you are still rostering him, time to look at the wire or free agent market for a replacement that is better than just a place-filler.

The Lions are a mystery. You would expect that the team traded to bring in Griffen to give him playing time, but the situation in Detroit is unnervingly obtuse. He managed to contribute just a single PD in Week 11 at Carolina, where admittedly the entire team struggled. A unpredictable presence on your IDP roster is not of value as we approach playoff time.

None to speak of, save for those listed below in the Injury Report.

Remember, the first team listed is the one to use your IDPs against. Do not go crazy, and play a LB5 against the Rams or Browns, but certainly you will do well if you own a top LB on the Washington or Dallas squads, or a Seahawk defensive end, or a Giant cornerback that you can plug in this week, for the most part.