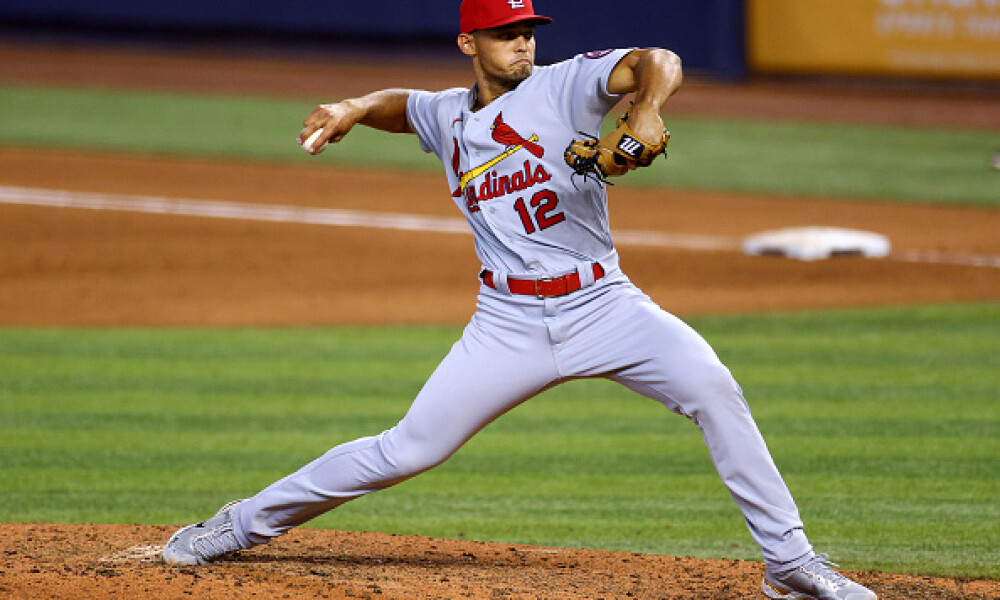 With many teams still tinkering with their bullpens this late into the preseason, managing the 2022 fantasy baseball closer position continues to be a challenge. It seems that once fantasy baseball managers think they’ve got a good grip on the closer position, they find out they don’t. For instance, many of us were fairly confident that Joe Barlow would open the season as the Texas Rangers’ closer until manager Chris Woodward said he doesn’t want to put the right-hander back in the closer's role right away. Dylan Floro was all set to open the season as the Miami Marlins’ closer but instead he’ll open the season on the IL. With Floro sidelined, Anthony Bender will likely take over as the team’s closer, but don't be surprised if they use a closer-by-committee in high-leverage situations. In an interview with KNBR last week, San Francisco Giants’ manager Gabe Kapler told an interviewer that "Right now, if we were starting on Opening Day, Jake McGee would be our closer."

There is new information being released every day relating to fantasy baseball closers and yet there’s still so much that we don’t know. Heading into the preseason Giovanny Gallegos was considered the favorite to open the season as the Cardinals’ closer, but there have been whispers that the Red Birds may use a committee approach in managing save situations. Red Sox manager Alex Cora has said he won’t announce his teams’ closer until a regular season save situation presents itself.

We can go on and on, but for you to have a chance at being successful in managing the saves category in your fantasy baseball league you’re going to need to follow the up-to-the-minute player updates provided available over at Fantasy Alarm, monitor the Closer Grid and maintain an extensive watch list containing relief pitchers who have potential fantasy value. We’ve already provided several player recommendations in previous columns, but the following are a few other deep sleeper relief pitcher options that you should be aware of.

Garcia recorded 15 saves for the Marlins last season, and while he didn’t perform as well after he was traded to the Astros, he did record a 1.16 WHIP and a 60:18 K:BB ratio. He’ll likely have the opportunity to pitch in high leverage situations should Jordan Romano become injured, and projection models expect that he’ll produce double digit hold totals.

With Craig Kimbrel traded to the Dodgers, Aaron Bummer should be considered Liam Hendriks’ handcuff, but Graveman will also play a key role in the White Sox bullpen. Graveman is a former starter who has seen a nice uptick in velocity and strikeout rate since being converted to a reliever. He saved ten games for the Mariners before being traded to the Astros and while he’ll be used in a setup role this season, he's likely to pick up a few saves and double digit holds as well.

Neris has 84 career saves, including 12 last season with the Phillies. Entering Saturday’s action, he hadn’t given up a run and had four strikeouts in four innings pitched this spring. Ryan Pressly has a strong grip on the Astros’ job and Ryne Stanek is probably the next man up behind him, but with the volatility surrounding the closer position Neris is someone to keep on your watch list.

With the Cardinals potentially using a committee approach in managing their high leverage late inning situations and Hicks not having time to be stretched out for a potential Opening Day starting rotation spot, he is someone the Cardinals might consider using in save situations. He fastball averaged 99.5 MPH in his spring debut, and it checked in at 102 MPH later in the week.

Bleier may not provide as many strikeouts as you’d expect from a pitcher working in high leverage situations, but he’s an extreme ground ball pitcher who may be in the mix for save opportunities with Dylan Floro on the IL to start the season.

Tepera is coming off a very effective season split between pitching for the Cubs and White Sox. He pitched to an overall 2.79 ERA, picked up two saves, and held 21 games. Tepera can pretty much do it all and would likely be one of the options the Angels would consider should they need a replacement for Raisel Iglesias at some point this season.