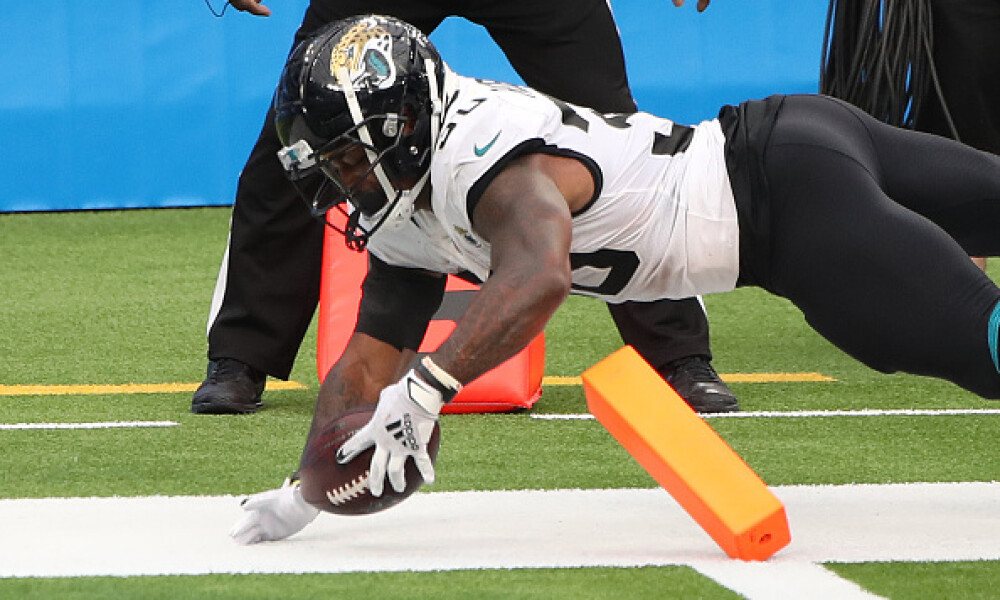 Imagine drafting a very good fantasy football team and after a win in Week 1, there's an appealing free agent available to add. Since the win produced the most points in the league for the week, there's almost no chance to attain the player since the league uses waiver wire priority to acquire free agents. As the 12th team in the order, someone else is going to get the coveted player. Is this fair? Most would agree it's not.

This is where more leagues need to turn to the FAAB (Free Agent Acquisition Budget) system. The high stakes leagues use it and most industry leagues do too. This format is most fair and gives everyone an opportunity to acquire a free agent. Each team gets an imaginary budget, usually $1,000 or $100 for most leagues and teams put in blind bids. The highest bid gets the player and when you run out of money you can't acquire anymore players unless there are $0 bids or first come, first serve after waivers run.

The draft is the nucleus of your team but working the waiver wire is critical to winning a championship. Go back and examine the champions of your leagues from last season. Look at the team on draft day and the final roster at the end of the season. More than likely, 40-60 % of the team is different. Even if you are in awe of your fantasy football draft and believe it's a masterpiece, the work is beginning. Injuries will happen, players will disappoint, and others will emerge out of nowhere.

Some leagues still use a waiver priority system. The team first in the waiver order gets top choice and the second team gets second choice, etc. The order can be determined in a number of ways. It usually starts after the draft with the team picking last getting first in the order. Then whenever a claim is made, the team moves to the bottom of the list and continues in this fashion. Some use the strategy to pass using a top pick on a player if it's a week without a great obvious addition. In this format, it is wise to make sure the team with the top pick uses it with savvy.

If there's a week with no standout addition, wait until the next week. Running backs are usually the most desirable additions and when an injury happens to a starting running back and the backup is available, being first in the order is huge. Some leagues use the reverse order of standings each week and this isn't ideal. Deciding when to use the claim if you have a pick near the top depends on the roster. If you're deep at wide receiver and the big add for the week is a wide receiver, it's best to wait. There's no exact blueprint on the approach, but in most cases running back is the scarce position and the one to use the top pick on.

There's always some luck involved in fantasy football and the goal is to eliminate as much as possible. A waiver priority system involves more luck. The FAAB system uses more strategy, but more importantly allows every team to get a chance at the top free agents each week. Most leagues use either Tuesday or Wednesday night to submit the blind bids. If there is a tie for the bid on a player, the team lower in the standings or with fewer points gets the player.

One of the mistakes people make in putting in bids for any format is only putting in an add of one or two players per drop. It depends on the free agent landscape that week, but I usually put in a lot of players to add per drop. For example, if a player suffers a season-ending injury he needs to be off the roster. I may put in 10-15 players with the bottom few at the minimum price, ensuring I get a player.

The players at the top I desire more and put in a higher dollar amount. If I have a player I definitely want to cut, I'll add a lot of cheap bids in the single dollar range to make sure I get someone. Some leagues only use two FAAB periods and it's the only way to add players. The high stakes leagues use this format. In other leagues, there's usually one FAAB period and then it's first come, first serve.

FAAB creates more strategy compared to waiver priority.  If you don't have any needs, do you put in bids? Do you spend money early? Do you save money? How often do you stash players? There are so many things to take into account when creating bids. It adds another fun element to the game. More strategy and skill reward those putting in work.

The strategy with FAAB depends on the roster construction. In some leagues, there might be a need to spend money in Week 1. In others, the needs might not be urgent. If you have several injuries early in the season and have big voids, you're likely going to spend money. If a player emerges out of nowhere in Week 1 and you believe in that player, then be aggressive.

Last season, Chase Claypool, Myles Gaskin and Logan Thomas were some of the early free agents which turned out to be difference makers. A lot of time players early in the season have big games and turn out to be flukes. Discerning the real from the fake is extremely important in managing the budget. Do your best to have a decent amount of money for the stretch run. Sometimes, this isn't possible. I had a team that was battling for a playoff spot midway through the season and had to play it week to week. I didn't have much FAAB left by the final weeks, but still won the league.

Even with no glaring needs, always check the waiver wire every single week. Even if you don't need the player and believe he will go for 20-30 percent of the budget, always put in a small bid. While it's unlikely you acquire the player, it can happen. There have been times I thought there was no chance I would get the players and did.

Every league is different when it comes to FAAB. In one league, a player could go for $413. In another it could be $112. Trying to gauge what a player will go for can be tricky. Pay attention to the first few FAAB periods to get an idea if the league is aggressive in bidding. I like to take a look at rosters to see who is in dire need of a player and see the remaining FAAB budget.

If there is a big tight end to be added, I go to the roster grid and see how each team looks at tight end. There will usually be a few teams that could use one and I'll check their remaining budget. Every little detail can help win a player. Since running backs are scarce in most leagues, if a starter emerges off the waiver wire, always expect them to go for a significant price with almost every team putting in a bid.

I tend to have one roster spot that I like to rotate. I use this to stash a player that could see a bigger role in the weeks ahead. In more competitive leagues, this becomes important. These players are usually won for a few dollars. As the season goes on, make sure you look at the remaining FAAB budgets of the opponents. For example, it's Week 11 and a big running back is available and is now the starter. You have $386 left and the next highest amount is $213. A bid of $214 wins the player. Not enough people take the time to examine these things.

Budgeting your FAAB money is important. A lot of it depends on team needs. If you get off to a bad start, be aggressive early. Injuries can force more money to be spent. Even if the team starts off well, bids should still be made, but the number of bids can be less.

Always look at the transaction log. Take a look at the drops and there will always be surprises. Injuries and bye weeks can make it difficult for some teams and they will cut some unexpected players. When selecting a dollar amount, don't bid $100. It's too common. Instead bid $102 or $103. Don't bid an obvious number.

Keep in mind there's no blueprint telling you exactly what to do. A lot of this is feel and learning the tendencies of your league. Experience is a big factor. There's an adjustment period. The more attention paid to details, the more success you'll have on the waiver wire.