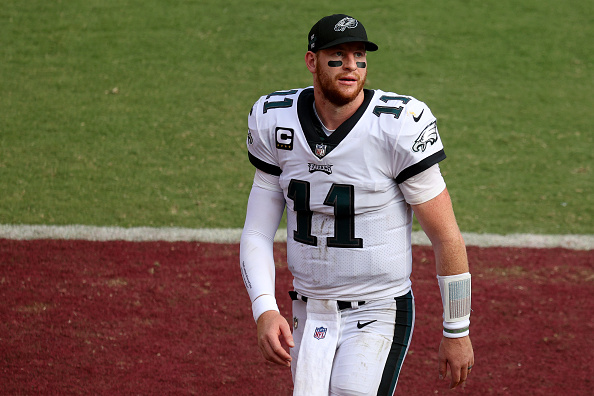 For the Colts, this is a fantastic deal, despite what many Wentz critics have to say. Has he struggled with injuries? Yes. But going from Philip Rivers to Wentz isn’t a huge change in style, the team doesn’t have to go back to Jacoby Brissett and they certainly don’t have to fish in a QB pond that, outside of trading for Deshaun Watson , looked pretty bleak. They get an established player with strong NFL experience which allows them to focus their offseason attention on other pressing needs.

There is also no concern over Wentz learning a new offense. He and head coach Frank Reich are very familiar with each other dating back to Reich’s tenure as the Eagles offensive coordinator. Nick Foles may have been the Super Bowl darling in 2017, but let’s not forget that Wentz still threw for almost 3,300 yards with a 33:7 TD:INT over 13 games that season. Wentz knows Reich’s system inside and out, including the language, which means the offense doesn’t really skip a beat.

In addition to that, Wentz gets to play behind an offensive line that is vastly superior to the one he’s played behind in Philly over the last two seasons. According to Pro Football Focus, the Colts finished with the seventh-best offensive line, ranking seventh in pass-blocking and third in run-blocking. That’s a dramatic improvement to the Eagles line which ranked 19th overall and lived or died based on whether veteran Jason Peters was healthy enough to play. The Eagles line allowed a league-high 65 sacks to just 21 allowed by the Colts’ line. 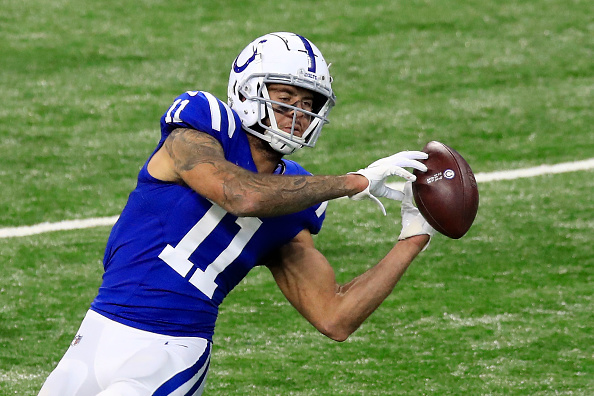 As for weapons, it’s close. The Eagles receiving corps was decimated by injuries last season and both Zach Ertz and Dallas Goedert missed five games each. The Colts at least got through the majority of the season with T.Y. Hilton and Michael Pittman, as well as a full year from Zach Pascal . Looking to 2021, both teams need to improve at the receiver position. The Eagles have the second-least amount of cap room to play with while the Colts have the second-most. Who do you think stands the better chance at improving this season?

For the Eagles, this is all about rebuilding. They are in serious trouble with the salary cap, their offensive line needs major help and they have a bevy of needs on both offense and defense they need to address. Offensively, they have a solid core-group with QB Jalen Hurts, RB Miles Sanders, WR Jalen Reagor and TE Dallas Goedert , but with so much else to fix, it’s going to take at least a year or two to get back to where they were a few years ago. New head coach Nick Sirianni has his work cut out for him this year and it wouldn’t come as much of a surprise if his tenure was a short one – another positive for those wondering if this was a good move for Wentz.

Load me up with Colts, please. I will happily draft Wentz in this offense, especially if they can continue to improve upon the surrounding weapons. Jonathan Taylor looks like he should be an elite running back for a few seasons, barring any health issues, and that should help alleviate some of the pressure on Wentz here in a new city. Pittman is the receiver who, I think, gets the biggest bump in value. He’s got great size, solid speed and good hands. With one year in the NFL under his belt, he should be able to make the necessary adjustments in the offseason and continue to build upon his rookie year success. We’ll see what happens with the rest of the team this offseason as Hilton is a free agent, Parris Campbell still needs some work and Jack Doyle is getting a little long in the tooth. Again, there is a lot to work with this offseason so you have to think that, with an already strong defense, the team can afford to bring in a few more established weapons for their new gunslinger.

For the Eagles, Hurts and Sanders are likely to be my biggest targets. Goedert should also factor in, but he’s never going to be at that Travis Kelce level, so it’s not like a reach is anything I really want to do. I’m not in love with Sirianni as the new head coach and it’s going to be totally different offense from what he was running in Indianapolis a year ago. Expect a lot of read-option and gimmicky stuff given Hurts’ skill-set and the penchant for first-time coaches to “dazzle” the opposition with a lot of pre-snap movement and misdirection.

From a fantasy standpoint, both teams have their merits. Neither club is elevating to that of the Chiefs, nor is anyone looking like the 2020 Jets. There is still a lot to witness here in the draft and the offseason, but for now, the lean is towards the Colts as the better fantasy pond in which to fish.