2022 NFL Draft: Second and Third Round Winners and Losers for Fantasy Football 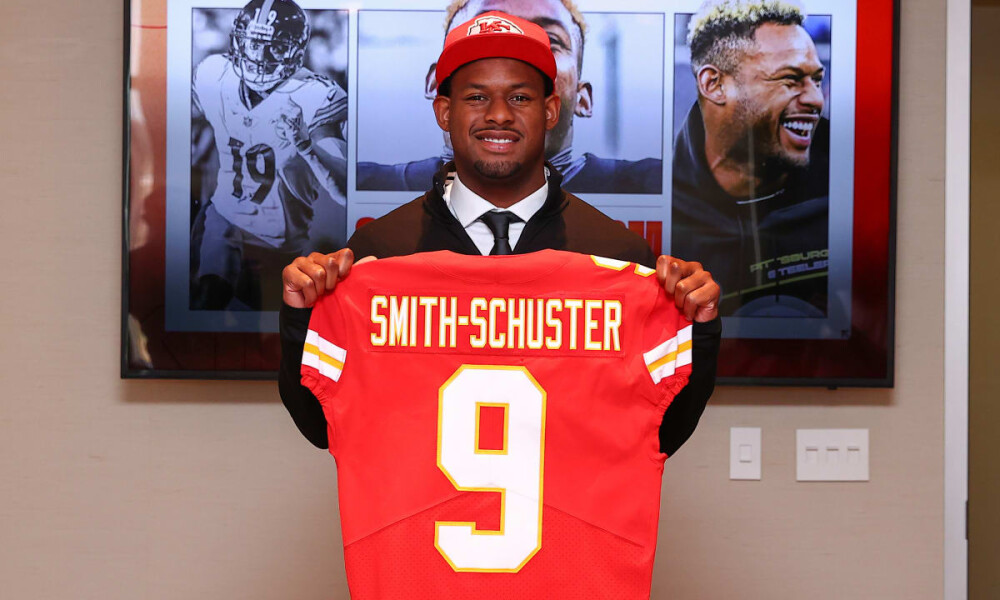 The 2022 NFL Draft’s second and third rounds are in the books, and Day 2 is always a fun time for skill-position players, as not every shiny new toy can be selected in the first round. A few prized rookie prospects landed in ideal situations for fantasy football, while others may have some work to do to reach their true potential. So let’s look at some of the winners and losers from Day 2 of the 2022 NFL Draft from a fantasy football perspective.

For the first round of the NFL Draft, I had Drake London as a winner, as he steps into open opportunity and targets on a barren, depleted roster next to Kyle Pitts.

The Falcons got their quarterback. Desmond Ridder was Atlanta’s selection in the third round, and he’s immediately set on a starting quarterback trajectory for the Falcons. It remains to be seen how long it will take for Ridder to overtake Marcus Mariota.

Ridder was gaining a lot of steam as a quarterback that had a Day 1 grade, and nobody would have batted an eyelash if he was selected there. In today’s NFL, you want the quarterback to be not only decisive but make the correct decision with the football. He does that and also has some rushing ability, so the Falcons may have gotten themselves their quarterback of the future and didn’t have to pay exorbitant draft capital to do so.

The Falcons in fantasy football will be interesting, to say the least, but selecting Ridder should at least put these top two pass-catchers on the same page with Ridder. If Mariota falters, Ridder might get his shot sooner rather than later.

JuJu Smith-Schuster was added by the Chiefs in free agency while the team still had Tyreek Hill. So with that subsequent trade sending Hill to Miami, it left Smith-Schuster as the top wide receiver target. The Chiefs then added former Packers receiver Marquez Valdes-Scantling as the main weapons able to pick up the production left behind by Hill.

On Day 2 of the NFL Draft, the Chiefs drafted a pure slot man who can kick outside if need be - Western Michigan’s Skyy Moore.

Moore going to the Chiefs is a perfect landing spot for him as he’s not going to be anything close to a central focal point yet in the offense with Smith-Schuster and, of course, Travis Kelce.

He will get his most significant chance to play on the outside rather than the slot since his breakout 2018 campaign when Smith-Schuster put up 111-1,426 and seven touchdowns playing opposite of Antonio Brown. Not only that, Mahomes is a clear upgrade over Ben Roethlisberger. Will 166 targets be there for JuJu in 2022? Probably not. But he’s likely going to see an uptick in average depth of target (aDOT), run more intermediate routes, and can gain enormous efficiency in a highly-productive offense.

Moore was the domino that set everything in motion because if the Chiefs had drafted an athletic outside receiver like Jalen Tolbert, it’s very likely that would have put JuJu back in the slot role for the Chiefs.

That also means that it’s unlikely Smith-Schuster will be coming off the field when the Chiefs condense to two wide receivers in the formation - a very important sign for a healthy routes-run percentage that we want to see in fantasy. We don’t want our studs coming off the field. JuJu likely won’t have to.

What does this all mean for fantasy football? That means Smith-Schuster can be a dark horse WR1 in redraft that you can select much later on in drafts. Think the sixth or seventh round, and he could be an excellent buying opportunity in dynasty formats as well. It feels like Smith-Schuster has been in the league forever, but he’s still only 25. 2022 is his best shot to reclaiming the immense value he had in 2018 with the Steelers.

The pass catchers for the 2021 Indianapolis Colts outside of Michael Pittman were #notgood. The targets after Pittman were spread throughout a half-dozen other players, vaporizing any chance of fantasy-friendly production from the rest of the Colts players. Also, the whole “Carson Wentz not being that good” thing.

Jonathan Taylor obviously works in this offense as arguably the most talented running back in the NFL behind one of the best offensive lines. Taylor is certainly a top-two fantasy option at the position. But with this offseason’s moves, general manager Chris Ballard shows that he wants the passing game to work too.

Trading Wentz to Washington and bringing Matt Ryan in from Atlanta kicked off everything for the Colts in 2022. Adding in Alec Pierce at wide receiver and #GrownMan Jelani Woods adds a necessary talent infusion to the Colts' pass-catchers. The team also grabbed their prospective left tackle of the future in the third round, with Bernhard Raimann, a converted tight end who has flourished on the offensive line.

At the very least, Pierce and Woods can be productive players for Ryan. The Colts are much better off in 2022 than in 2021, where the only options past Pittman were Ashton Dulin, Pascal, the now-retired Jack Doyle, and Mo-Alie Cox. Let’s be fair to Ryan: this combination of weapons in Indianapolis is much better than what he had to work with towards the end of last season in Atlanta.

Ryan won’t be a QB1 producer in most weeks like he was in Atlanta, but he’s a solid plug-and-play Superflex QB2 and a redraft high-floor option.

This one is easy. The Falcons taking Desmond Ridder all but eliminated any chance the Falcons could have been a destination for the former number-one overall quarterback in Baker Mayfield.

The Panthers were trying to get a deal done with the Browns but couldn’t work out a division of the guaranteed money Mayfield is supposed to make in 2022.

Seattle hasn’t had any sort of move regarding their quarterback outside of the acquisition of Drew Lock, and they look like they are holding firm in that regard. As it stands right now, Mayfield is all dressed up with nowhere to go. Of course, a training camp injury or change of heart can change his fortunes, but it’s looking bleak right now for Baker.

The fact that the Commanders were willing to match the Buffalo Bills’ offer on J.D. McKissic to bring him back in 2022 should have been the first clue into the descent of Antonio Gibson. If it wasn’t abundantly clear before, it is now with the team drafting running back Brian Robinson Jr. from Alabama at the end of the third round.

Gibson’s career started promisingly two seasons ago when Gibson, a former wide receiver, took the team by storm and seized the starting running back role for the then-Football Team. Gibson’s 2021 turned into a stagnated role in the receiving game and inefficiency on the ground even though Gibson notched a 1,000-yard season.

Now, the team adds Robinson, who could be the Jeremy Hill to Gibson’s Giovani Bernard for those that remember the Bengals running back situation nearly a decade ago. Both Gibson and Bernard showed promise but were cut off at the legs by a bigger, bruising running back that could serve as a late-game hammer to salt games away, a touchdown vulture who soaks up touches and opportunity inside the five-yard line, or both.

It’s not a good situation for Gibson, and one I’ll be staying away from at his third-round price point in redraft and best ball. There’s much more downside to Gibson now in an offense that may not be consistent for scoring opportunities.

The fact that the New York Jets traded up to select Iowa State’s Breece Hall spells doom for anybody hoping Michael Carter had a second season as the Jets’ unquestioned starting running back in 2022. While Carter was adequate and showed some receiving potential, Hall is a transformative back for this offense with three-down potential that should assert himself right away for the Jets.

Carter will still work into the offense and be a fine late-round selection in redraft formats, but the Jets aren’t exactly a high-powered offensive with touchdown potential. Simply put, Carter’s in an exponentially worse situation than before the NFL Draft.