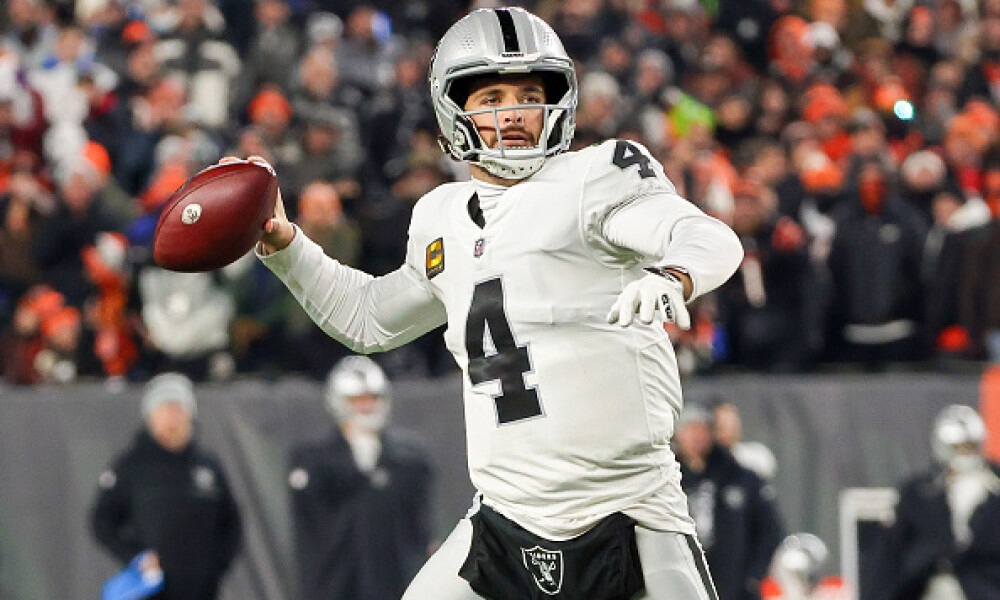 The NFL offseason is chugging along at a pretty brisk pace; it seems like just yesterday that the playoffs were just starting. NFL free agency has come and gone, while the NFL Draft is just a few weeks away now that the calendar has turned to April. The NFL season is no longer just a fall and winter league - the rise in popularity of Best Ball has given fantasy football managers the opportunity to draft teams at any point in the offseason. What better way to stay connected to player movement and values than getting into an Underdog Best Ball league?

Russell Wilson’s talent and athleticism have never been in question - we’re talking about an NFL player drafted to play baseball by the Baltimore Orioles and Colorado Rockies and even played with the Single-A Asheville Tourists in the Colorado minor league system. It takes an exceptional athlete to play two sports.

On the fantasy football side, Wilson has been a top-12 fantasy quarterback every season he had played, until last season when he underwent surgery on an injured finger and missed several weeks of game action. Wilson was able to boost a lot of his fantasy value rushing the ball, but with the lowest rushing output of his career (183 yards, two rushing touchdowns in 2021), Wilson is going to need to have a return to about 300-350 rushing yards with his typical passing output to reach his ADP value.

For the first time in Wilson’s career, he will be playing on an NFL team that isn’t the Seattle Seahawks. The Denver Broncos traded numerous draft picks and three players for his services and will go into 2022 vastly improved from the Teddy Bridgewater and Drew Lock experience that comprised the quarterback position for Denver in 2021. While Seattle’s pass-catchers have been very top-heavy with D.K. Metcalf and Tyler Lockett,

While Wilson's weapons last season in Seattle were more than adequate with Metcalf and Lockett, Seattle ran the fewest average plays per game in NFL by a pretty sizeable margin. Denver was not far off (sixth-lowest plays per game average), but the offensive environment should improve significantly with Wilson bring brought in by new head coach Nathaniel Hackett and offensive coordinator Justin Outten, both with Green Bay last season.

Wilson has thrived on efficiency in his career with Seattle, and a certain two-time MVP Aaron Rodgers has made a Hall of Fame career out of it in Green Bay. Not much will change from last season to 2022 - previous offensive coordinator Pat Shurmur’s offense relied heavily on the utilization of 11 and 12 personnel, just like Hackett’s Packers offense has in 2020 and 2021. Denver will likely remain skewed toward the run in comparison to most teams in the NFL. Still, while last season’s 56% pass play percentage was likely in part due to the lack of confidence with their quarterback combo, the Broncos should provide a balanced, efficient attack due to the threat that Wilson offers.

Wilson is in an excellent spot in his new Denver home, where he could get back into the tippy-top of the quarterback landscape this season - with a very palatable sixth-round average draft position on Underdog Fantasy.

The top pick in the 2021 NFL Draft, Trevor Lawrence, has been one of the top quarterbacks in college football dating back to his freshman season at Clemson in 2018. Some called him “the next Andrew Luck” as one of the best quarterback prospects we’ve seen. There’s never been any doubt about Lawrence’s acumen and ability.

Lawrence will get every opportunity to grow and thrive with the Jaguars, but he was doomed from the start, only throwing 12 touchdowns in last season’s “The Urban Meyer Experience.” It’d be difficult for anybody to succeed under that regime.

The Jaguars, to their credit, have spent a lot of money on not only pass-catching weapons for Lawrence. They also upgraded his protection with the signing of guard Brandon Scherff in free agency. Much has been said about Jacksonville adding pass-catchers like Christian Kirk, Evan Engram, and Zay Jones in free agency and whether they are “upgrades” to Lawrence's targets last season. The franchise has invested in Lawrence and made every effort to add talent around him. Adding in brand-new head coach Doug Pederson to the mix with his track record of helping to develop quarterbacks like Michael Vick and Carson Wentz in Philadelphia, plus Alex Smith in Kansas City only strengthens that commitment.

Are we expecting the Jaguars to be in position for a third-consecutive season with the first-overall pick in the 2023 NFL Draft? Either way you answer that question, the Jaguars are still not a good football team. Pederson will bring the RPO-heavy offense to Jacksonville, which should open up more opportunities for Lawrence in both the passing game and rushing the ball. We all know that the “Konami Code” quarterbacks rule the day in fantasy football. While we’re not lumping Lawrence into the Lamar Jackson or Jalen Hurts archetype of quarterback, Lawrence can definitely navigate the pocket and run pretty well himself.

Last season saw Lawrence pass for over 3600 yards and rush for 334 yards, so if we can get some boosts to both of those numbers in an improved offense ecosystem, the touchdowns will come up as well. 2022 should be able to put last season’s QB23 placement and tumultuous 2021 in the past.

Derek Carr, the younger brother of the first draft pick in Houston Texans’ franchise history, David Carr, was drafted in the second round of the 2014 NFL Draft. Carr’s third NFL season in 2016 was where he reached the highest of highs and also the lowest of lows. With almost 4000 yards passing and 28 touchdowns, Carr was ascending until he broke his fibula which ended his 2016 season. The Raiders showed faith in Carr by extending his contract the following summer. That season, Carr was QB10 in fantasy football and wouldn’t reach top-12 QB status until this past season, when Carr would throw for over 4800 yards and 23 touchdowns.

Carr set franchise records for most completions and passing yards while throwing to Darren Waller for two-thirds of the season and Hunter Renfrow in 2021. Add in Carr’s old Fresno State teammate Davante Adams coming over via trade from Green Bay, and we now have the #neighbornarrative in full effect.

Adams and Waller can be an absolutely lethal combination for defenses to try and stop. Add in the incumbent Hunter Renfrow, and if new head coach Josh McDaniels can squeeze a little something out of Bryan Edwards? This AFC West arms race is going to be incredibly fun to watch.

With McDaniels in Las Vegas, he’s already brought over some pieces to make it feel like his former home: New England. Brandon Bolden and Jakob Johnson add to the backfield, as does newly-drafted Zamir White and Ameer Abdullah to running back incumbents Josh Jacobs and Kenyan Drake. The Erhardt-Perkins offensive system in New England looks to be brought over to Las Vegas and aside from Tom Brady, there might not be a better quarterback that’s mentally equipped to handle it like Carr.

It’s easy to equate players in this Raiders offense to former Patriots, but does Renfrow seem like a player that could fit in nicely as the “Julian Edelman.” A mismatch tight end in Waller and a stud wide receiver in his prime like Adams. There’s a legitimately scary offense here in Las Vegas and Carr could be the guy that gets unleashed.

Carr is currently QB15 on Underdog - in the company of floor plays like Kirk Cousins. I’d argue there isn’t a quarterback with the weapons Carr has and the offensive upside to capitalize this low in drafts. If Carr gets some touchdown regression up to 30 touchdowns? We’re looking at an ADP-busting season.