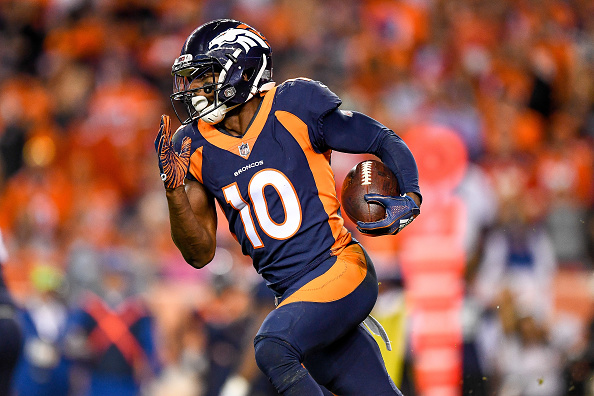 The fantasy playoffs have officially begun for many leagues all while many GMs have seen their rosters turned upside down with various injuries and recent news.  Several impact players have found their way onto this edition of the injury report and it could not have come at a worse time.  This is where the due diligence and roster management skills you undertake during the season will pay off because hopefully you have accumulated depth on your rosters to withstand the loss of some key players.  So without any further ado, let’s delve into the next edition of the 2018 fantasy football emergency room. 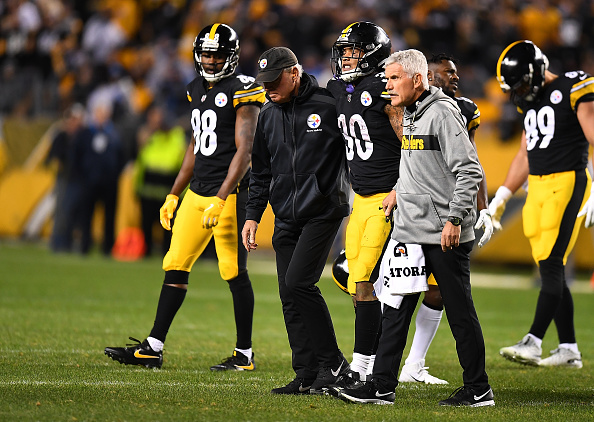 Fantasy GMs received devastating news earlier this week when it was revealed that Connor was ruled out for Week 14.  His ankle injury is worse than initially expected as he has been diagnosed with a sprain.  It is possible that he could have sustained a high ankle sprain which means he could be out for an extended absence.  There is no sugarcoating how terrible this is for GMs who have ridden Connor all season to the playoffs.  He will be replaced by Jaylen Samuels and Stevan Ridley in the backfield.  Samuels is worth a flyer on the waiver wire if you are desperate for a replacement, but it cannot be expected that he will produce in the same capacity as Connor.  If it is any consolation, just remember that on draft day you never would have expected for Connor to play much this year let alone lead your team into the playoffs.

Jones did not practice the past couple days as he is dealing with a foot injury.  However, he claims he will be on the field this weekend against Green Bay where he should be in for a big game against a Packers team that will have a new coach for the first time in many years.  Jones has been stellar this season with 86 catches for 1,323 yards and three touchdowns along with eight 100-yard games.  Bank on him putting up elite WR1 numbers for the start of the fantasy playoffs.

Gordon still has not returned to practice as he continues dealing with a knee injury he sustained a couple weeks ago.  He has been considered week-to-week but right now it does not seem likely he will be able to play in Week 14 against Cincinnati.  This is very unfortunate for fantasy GMs who have benefited greatly from Gordon’s elite production all season.  The Chargers also have a very favorable matchup against the Bengals this week so Austin Ekeler and Justin Jackson are RB2 or Flex options in many leagues.

Panthers quarterback Cam Newton is dealing with a shoulder injury which limited his throwing reps in practice during the week.  Despite this concern, he will certainly be on the field playing this week ahainst Cleveland.  Carolina has been in a freefall so they will need Newton to lead them in a must-win situation.  Newton has thrown for 2,999 yards along with 24 touchdowns and 11 interceptions, and he has also rushed for 450 yards and four touchdowns.  He will be one of the best fantasy options this week against a defense that has a lot of turnovers but tends to get scorched by opposing offenses.

Hilton did not practice the past couple days due to a shoulder injury.  However, there does not appear to be any concern over his ability to play this weekend in a divisional showdown against the red hot Texans.  Hilton has been limited to ten games this year with 53 catches for 787 yards and six touchdowns.  The Colts will look to bounce back after getting shut out last week so expect Andrew Luck to air it out and target Hilton down the field with frequency.

Terrible news for Broncos wide receiver Emmanuel Sanders who suffered a torn Achilles in practice this week.  He has been placed on injured reserve and will finish the season with 71 catches for 868 yards and four touchdowns.  Sanders has always been a valuable PPR wide receiver but has seen his value diminish the past couple years thanks to poor quarterback play.  He can be dropped in all league formats and now Denver will turn to Courtland Sutton and Tim Patrick as the primary wide receivers for Case Keenum .

The 49ers ruled Breida out very early in the week as his ankle injury needs time to heal.  He has been dealing with that injury for quite some time and it became too much to overcome last week against Seattle.  Jeff Wilson will get the start for San Francisco and should be considered a RB2 for Week 14 against Denver.  Wilson lacks experience and most of the damage he did last week was in garbage time, but there are so many injuries to running backs right now that fantasy GMs just need players who are clearly going to at least play.

It looks more and more likely that Kerryon Johnson will miss his third straight game as he continues suffering from a knee injury.  He sustained the injury several weeks ago and has not made much progress since.  It is expected that he will miss this week’s game against Arizona so LeGarrette Blount should get another start.  Blount is a viable RB2 or Flex option this week due to the many injuries to running backs throughout the league.

Carson sustained a dislocated finger last Sunday against San Francisco but has been practicing in a limited capacity during the week.  It is expected that he will play through the injury this coming Monday night against Minnesota and will be a RB2 option despite the injury.  Carson has had a solid season rushing for 704 yards and four touchdowns thus far and will lead Seattle’s backfield in a prime-time matchup with significant playoff implications.

Edwards has been hobbled by an ankle injury the past couple weeks but it has not prevented him from playing.  He is now the man in the Ravens backfield with Alex Collins gone for the season and he will attempt to build on his 379 yards rushing for the season.  Edwards is a solid RB2 option for Week 14 but GMs should take into consideration that Baltimore will likely need to pass the ball more frequently given they are going up against one of the league’s best offenses.

Watkins has practiced in a limited capacity the past couple days so there seems to be a chance he will return this weekend against Baltimore.  Watkins has been dealing with a foot injury which has cost him playing time lately.  Now that the team is without Kareem Hunt , they will need to rely even more on their passing game so Watkins could play a key role in the offense.  However, he will have a tough matchup in Week 14 against the Ravens defense so he is a risky option even if he does play.

Engram has missed the past couple games with a hamstring injury but is expected to return this weekend against the Redskins.  He practiced in a full capacity on Thursday and is set to rejoin the Giants offense in time for the fantasy playoffs.  Engram has had a down season with just 23 catches for 257 yards and two touchdowns in only seven games.  Despite his raw talent, Engram will only be a TE2 option this week given the Giants inconsistent offense and his fragility throughout the season. 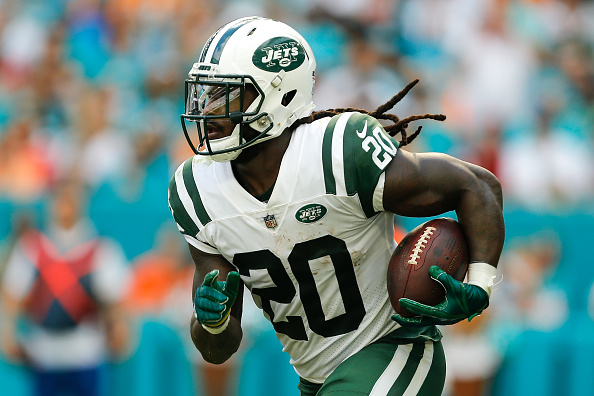 Crowell did not practice on Thursday as he is dealing with a toe injury.  His status for Sunday’s game against Buffalo is unknown at this point.  Crowell had one huge game this season but otherwise has been irrelevant from a fantasy perspective despite rushing for a cumulative 680 yards and six touchdowns.  The Bills shut the Jets down the last time they played so Crowell is a very risky option this week even if he does play.  Elijah McGuire would get the majority of touches if Crowell cannot play but no one in the Jets backfield would be a viable option for the first week of the fantasy playoffs.

Johnson has been dealing with a personal issue the past couple days and has not practiced.  It is not known whether he will return to the team on Friday so his status for Week 14 is up in the air right now.  Johnson has not been effective running the ball, but he does have 36 catches for 347 yards and three touchdowns making him a viable Flex option in PPR leagues.

It has been reported that Flacco has shown improvement this week in practice and could be activated for Sunday’s game against Kansas City.  The question would then be whether he or Lamar Jackson will get the start or share playing time.  Baltimore has been red hot with Jackson under center so the smart money is on continuing that trend with Jackson getting the nod.  Jackson is clearly the better fantasy option given his ability to run.  Jackson could also have ample opportunities to show off his passing ability since the Ravens will likely have to throw the ball quite a bit to keep up with the Chiefs high-powered offense.