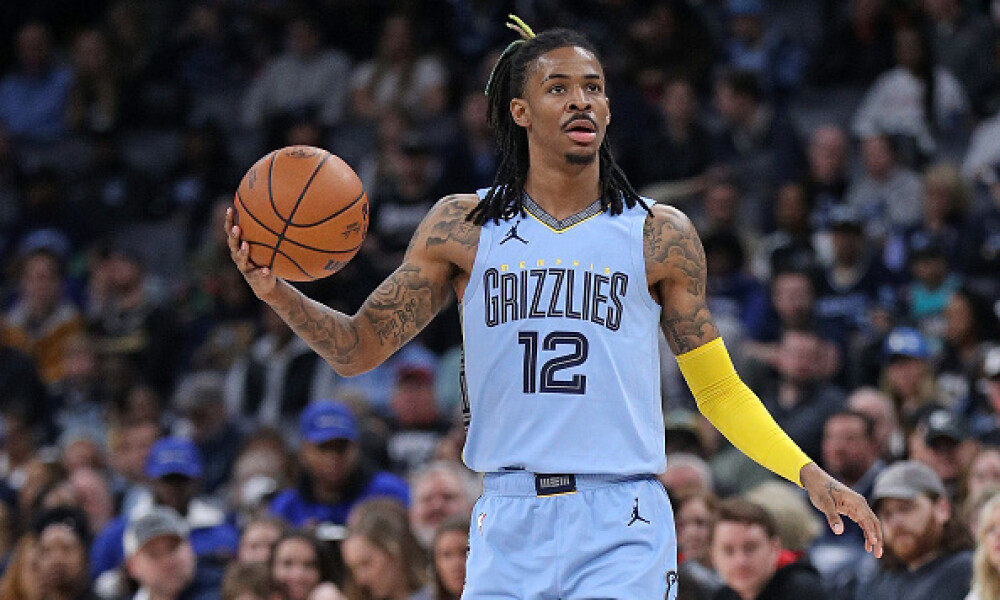 Two of the hottest players in the NBA square off tonight as the Memphis Grizzlies travel to the Sacramento Kings in this DFS Showdown slate. Injuries are not a concern and this game checks in with a sky-high 247 implied total. Fantasy points should be flowing and there are plenty of viable lineup options. Here are the NBA DFS top plays we can invest in for our lineups on FanDuel and DraftKings!

When Sabonis scored “only” 42 fantasy points Saturday (and was one rebound away from a triple-double, it was just the second time since December 13th that he scored under 45 fantasy points. He was between 55 and 73 fantasy points each of his four games before Saturday and now gets a Grizzlies’ squad that is the sixth-best fantast matchup for power forwards over the last 15 games. He gets a higher salary than Ja Morant tonight, and the recent play warrants it.

Fox had one of his best all-around games of his season against the 76ers on Saturday but now gets a massive defensive assignment lined up against Ja Morant. For how consistently awesome Sabonis has been this year, Fox has been much more up and down. He has 40 or more fantasy points in three of six games, but two of the others were under 34. He is averaging 45.2 fantasy points per game against the Grizzlies this year in their three previous contests, so he is a real candidate for the MVP slot for a much lower salary than Sabonis.

Morant has back-to-back 54-fantasy-point games against the Kings, so why not make it a hat trick? It’s the right game environment (both teams are top-seven in Pace) and matchup (Kings are 25th in defensive rating) for this to be a spot where Morant and his non-stop motor can produce an elite outcome. The Kings allow the fourth-highest percentage of made field goals on shots under five feet from the basket and Morant ranks third in the NBA in drives to the basket this season.

The Grizzlies have been downright atrocious against shooting guards in their last 15 games, allowing the fifth-most fantasy points including the fifth-most made three-pointers per game. That sets up perfectly for sharpshooter Huerter who is hitting threes at a 41% clip this year. Case in point, he has hit 44% of his threes against Memphis in three games this year, averaging 27.5 fantasy points in just 28 minutes per game.

Jackson kept his elite shot-blocking steak alive on Sunday night (three more), but still only managed 18 fantasy points in a disappointing 23 minutes. It was foul trouble again that sidelines a big night, and it was the fourth game in a row his fantasy points have decreased. But the Kings are here to fix all that tonight with their weaknesses where Jackson thrives. They are just 17th in opponents’ three-point percentage and allow about 4.3 blocks per game. This game environment tonight is one where JJJ can get back on track.

Bane has been one of the most consistently strong fantasy producers over the last five games, putting up between 37 and 45 fantasy points in each one and never shooting below 40%. He’s contributing rebounds, assists, and steals, and is also getting a few extra minutes on the floor each night with Danny Green hurt and Jon Konchar really struggling.

On the season, the Kings are the absolute worst team against small forwards this season. Their 44.7 fantasy points allowed to the position per night is more than a point more than any other team this year. They allow top-six numbers in points, rebounds, assists, and steals. This is very good news for Williams who has gained the trust of the Grizzlies coaches and is appearing in the rotation for longer and longer stretches. Even in a close, two-point game last night, Williams played 26 minutes, his second-highest number of the season.

Monk is a proven fantasy contributor, but his minutes have gone up from around 15 per game to 20 on Saturday and he partnered that up with 22.5 fantasy points. Monk has been shooting terribly on threes lately, but just like with Kevin Huerter, he gets one of the softest matchups possible tonight and should be able to get his shooting back on track. For a Kings team with a tight rotation, Monk makes the most sense of anyone below $4,500 on their team.