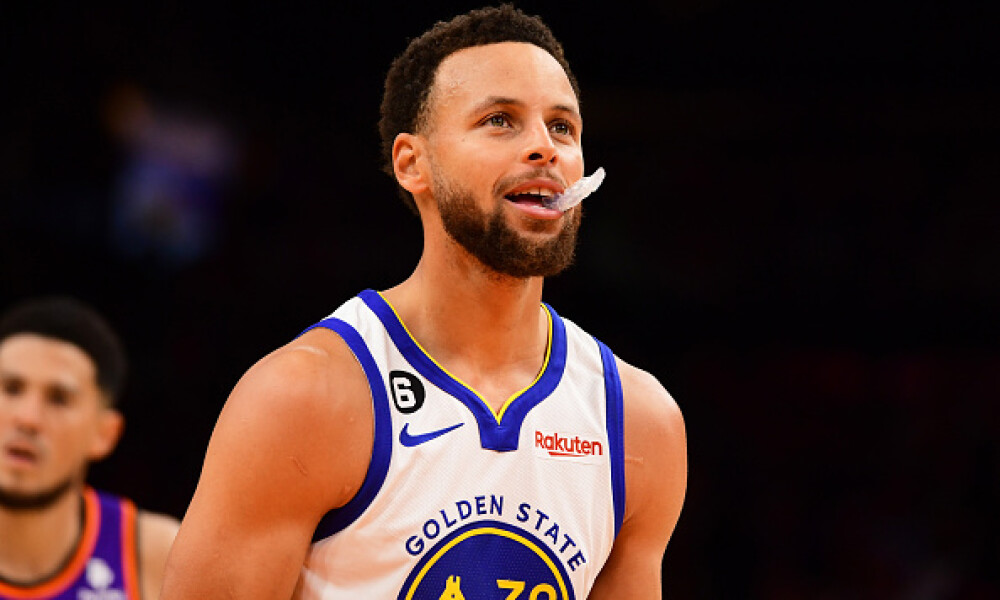 We are back at it again tonight for an NBA DFS Showdown slate with the Miami Heat on a West Coast swing taking on the Golden State Warriors. As with most slates, Stephen Curry is going to be at the top of any list as a popular pick in NBA DFS lineups. Still, both teams have other dynamic stars to consider for your NBA daily fantasy picks, such as Jimmy Butler and Bam Adebayo. It is always a good thing to end the night by winning some extra cash, so let us take a look at some NBA DFS picks and top plays for Thursday night's Showdown slate on DraftKings and FanDuel. Be sure to use our NBA player projections before setting those NBA DFS lineups tonight.

It should not be surprising that we would see Curry listed first as you could make the relatively easy argument that he is the best player on the slate while also being the most expensive. But does that mean he should be our main target for this spot? After scoring 33 or 34 points in his first three games this year, Curry was a little colder on Tuesday making just seven of his 17 field goal attempts for 21 points against the Suns. Thanks to eight rebounds and seven assists it still ended up being a solid DFS outing, but in facing a tough Miami defense, things might be difficult once again for Curry. Just because he is the first name you see; it does not mean he should be the first player you insert into every lineup. At the same time, do not ignore him completely as it is hard to match his upside.

We are just four games into the season, but from a DK perspective, we are getting the same production of Herro as Jimmy Butler, but just at a substantial discount. By no means should we be chasing Herro’s 15 rebounds from a few games ago, but in his other three games, he is averaging six rebounds per game so it did not completely come out of nowhere. Herro is also putting up 19.6 points per game this season while handing out 3.6 assists as a large part of Miami’s offense.

Wiggins has done a good job of living up to his contract extension, at least through the first three games of the season, as the Warriors’ last game against the Suns was just a dud all around. He is still averaging 20.8 points and 6.3 rebounds per game, and with at least 17 field goal attempts in his last three games, Wiggins has been a large part of Golden State’s offense.

Adebayo gets quite the favorable matchup tonight against Golden State as they are quite hospitable to opposing big men. After playing just 28 minutes in a blowout last night against Portland, Adebayo should be well rested. In each of his four previous games, the center played between 34 and 38 minutes and is averaging a solid 14.6 points and 8.4 rebounds per game.

No, we did not forget about Butler, but in five games he has yet to eclipse 42.5 DK points and we need a little more upside or salary cap benefit out of the top spot. With 21.8 points, 6.4 rebounds, and 4.4 assists per game, it is hard to really argue with what Butler is producing but we have yet to see him truly pop. If he were to do it though, tonight’s matchup does line up well for that.

The fact that Strus came off the bench last night ultimately did not matter as he finished with 16 points and nine rebounds in 28 minutes. Strus has double-digit shot attempts in each of his last three games and is averaging 13.2 points and 5.6 rebounds per game with a solid role in Miami’s offense.

While Looney starts for the Warriors, he is stuck at playing about 20 minutes per game which limits his production to 5.8 points, 4.8 rebounds, and 3.8 assists per game. There are some games in which he sees a little bit more out of Looney, but we also get a solid floor.

In conjunction with Looney, Green generally sees about 15 to 20 minutes per night under normal circumstances. Green is truly a supporting option for Golden State, but there is the potential for a few baskets and some rebounds here.

Moody benefited from Klay Thompson’s ejection on Tuesday so by that same token, we should expect something similar tonight as he takes on extra minutes available thanks to Dante DiVincenzo’s injury. In 24 minutes of action, Moody made four of nine shots from the field to finish with 13 points, and that is a performance we can expect to see once again tonight.