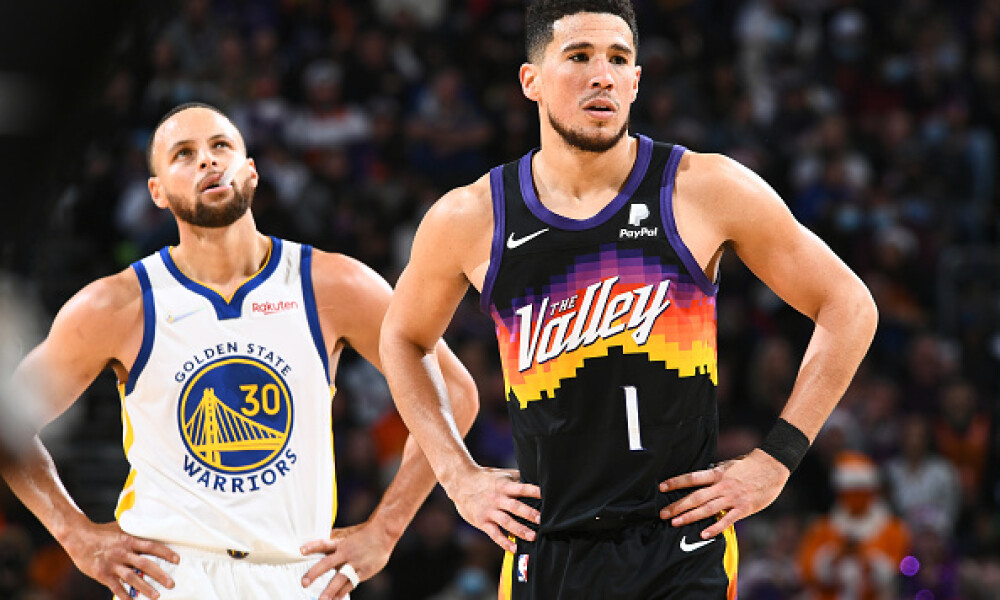 Tonight’s showdown playbook is between two NBA franchises that have won a LOT of games lately the Golden State Warriors and the Phoenix Suns. We’re unsure about a few players’ statuses, which may be why Golden State are favorites on the road, but this game could be fun even if Chris Paul doesn’t suit up.

Outside of a blowout win against the Spurs, the Warriors star has been a fantasy monster this season. He’s put up 46+ DKP in five of his last six games and has put up 56+ in four of six. Nobody else in this game has the upside that Curry does.

We’re unsure if Chris Paul is going to play tonight, but Devin Booker has been great without him this season. He’s averaging 1.24 FP/min and has a 28.8% USG rate without Paul this season. His ownership in the captain's chair takes a definite hit if CP3 plays, but that’s fine by me considering Booker’s 30.3% USG and 1.2 FP/min average playing with Paul this year.

This is contingent upon Chris Paul’s status, but Payne has been very good without Paul this season. With Paul and Cameron Johnson off the floor, Payne has a 26.5% USG rate and averages 1.11 FP/min as well. He has scored 22+ points and 34+ DKP in two of his last three games without CP3.

Wiggins had been rolling heading into the Spurs' blowout win as he scored 20+ points and 32+ DKP in three straight games. On the year, Wiggins has a 21.2% USG rate and averages 1.04 FP/min. Wiggins scored 33 DKP against the Suns earlier this season in just 31 minutes.

With Klay Thompson back, we’re going to see Jordan Poole shift back to the bench, but considering how streaky Poole is at times, taking a look at him in our showdown tournament lineups should be an option. He scored 36 points and 52 DKP against the Spurs and has now scored 18+ points in three straight.

I’d consider Paul as a captain if he’s able to return and play a full complement of minutes as he hasn’t played since November 7th and hasn’t topped 25 minutes since November 5th. Paul flirted with a triple-double in the Suns' meeting with the Warriors earlier this year. Paul had 41.3 DKP in that meeting.

I’m telling you. I believe what we heard Draymond Green say on an episode of “The Shop” when he told LeBron James and everyone else that it’s hard for him, at this point in his career, to get up for unimportant regular season games. Well, they need a win and the Suns are a very important team to face. He’s shown up in essentially every big game this year and had 35 DKP against PHX earlier this year. Something to consider.

The Warriors are NOT happy with James Wiseman and sent him packing to the G-League, meaning we’re likely going to see Looney continue to get extended run at center. In the two games prior to their blowout, Looney played 28 and 30 minutes. He had 25+ DKP in three straight games heading into the Spurs game as well.

Craig has a role with this Suns team with Cameron Johnson out. He just does. He’s played 33 and 35 minutes over the last two games and his production has picked up along with it. He put up 28.25 DKP against Miami and was one rebound shy of a double-double. Craig is being asked to play small-ball power forward and will be relied upon to crash the glass like that more often than not.