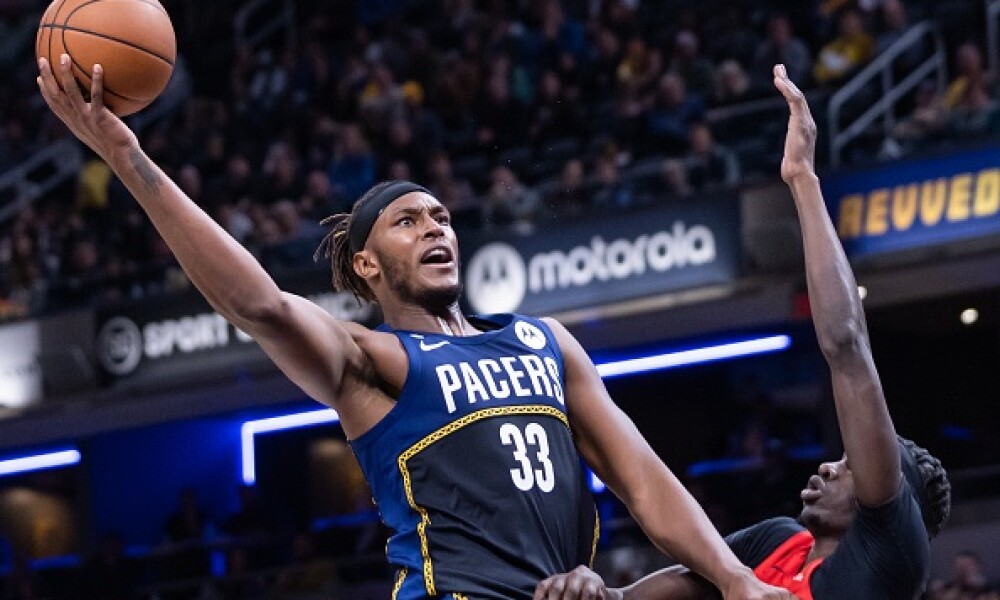 We close out our Monday evening of NBA action with the Indiana Pacers traveling to the west coast to take on the Golden State Warriors. With an over/under of 241, there is a lot of offense expected here as the Warriors will be led by Stephen Curry, but with Golden State favored by 9.5 points and the Pacers missing Tyrese Haliburton, there are some clear blowout concerns. As we prepare for tonight’s NBA DFS Showdown Slate, the statuses of Andrew Wiggins and Jordan Poole have to be monitored, but I do not think the Warriors will be short of weapons.

Yes, there is a very real threat of a blowout here, and that means Curry’s playing time should likely be curtailed, but he is also the best player with the highest upside available. Curry can very easily do all the damage he needs to do here in about 30 minutes of playing time as the guard is averaging 30.8 points per game this year in about 34 minutes.

Turner fits comfortably in his role with the Pacers and while we get some upside at times, he is pretty secure with 17.2 points, 8.1 rebounds, and 2.5 blocks per game. There have been some tough games for Turner at times this year, but more often than not, things have been good for the big man and it is possible he plays a portion of the game against some reserves on the Golden State side.

Thompson bounced back from a five-point outing by scoring 26 points against the Bulls on Friday and the guard is not listed on the injury report ahead of tonight’s game. With both Wiggins and Poole banged up, things could line up for Thompson to have another strong game.

We are looking for offense from the Pacers, and Mathurin has been known to tally up the points at times in his rookie season. Mathurin can score in bunches and has proven to do that at times this year as he is averaging 18.9 points per game and can go over 20 points with ease if everything is aligned.

If you are looking for a beneficiary from the Pacers’ injury issues, Nembhard lines up to be that guy. We are not without risk here as Nembhard made just four of 10 shots from the field on Friday, but he did finish with 13 points and 10 assists and the opportunity for a repeat is there tonight.

If Poole’s ankle allows him to take the court tonight, I like him in this situation as he should end up with plenty of run and volume. Poole continues to be a strong source of offense and in his last five games, he is averaging a strong 20.6 points per game.

With Haliburton sidelined, someone needs to shoot and score for the Pacers, but we also have to acknowledge he was flat out horrible on Friday against Utah. Hield made just two of eight shots from the field to end a streak of five straight games in double figures offensively. The guard is averaging 16.6 points per game this year, and volume is not necessarily an issue but the efficiency is as Hield is shooting just 42% from the field. With just 4.4 rebounds and 2.5 assists per game, the floor is low so we really need Hield to be firing here.

Nesmith once again finds himself with additional playing time tonight. The guard has shown the ability to hit double figures offensively at times, and is averaging 10.6 points per game in his last three. If Indiana is trailing early, the shots should be there for Nesmith off the bench.

Garbage time will likely be Moody’s friend tonight a game after he scored 11 points in a similar situation. Should Wiggins and/or Poole be sidelined tonight, Moody is in a position to take another step forward.

Jackson has found himself pretty secure in a backup role for the Pacers playing about 16 minutes per night and averaging 7.2 points and 4.6 rebounds per game. Maybe things are a little more favorable for Jackson tonight in a blowout, but either way the big man comes pretty cheaply.