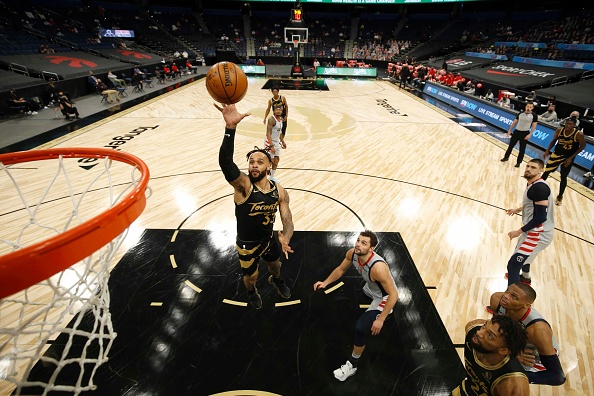 The Suns have really turned to their veteran forward for big minutes lately and he has delivered. He’s only been back for three games since an injured ankle kept him out for two-plus weeks, but Crowder is already back to playing 30+ minutes a night. He’s put up 30+ DKP in two-of-three games and draws a match-up against Portland who ranks 29th in DRtg this season. With Cameron Johnson out and playoff seeding still up in the air, expect another big workload from Crowder here.

Gillespie saw 25 minutes last time out and that was with Chris Boucher , now Boucher is out of the lineup and that could possibly spike to 30. He’s seen his minutes increase for four consecutive games, and he’s been effective while on the floor. He’s had seven or more rebounds in three straight, a block or more in four straight, a steal in five-of-six and six or more points in four-of-five. The Bulls defensive prowess up front shouldn’t scare anyone off here.

With Michael Porter Jr. listed as out, Harrison makes for an interesting candidate to pick up extra run. The Nuggets don’t have a lot of active wings tonight. They have Campazzo, Rivers, Markus Howard and...Harrison. Harrison has been in the Nuggets rotation already, averaging 17 MPG over his last five and he’s stone cold min salary playing up in pace against a bottom-five defense in the league. I’d trust him in tournaments only, but if he entered the starting lineup I’d consider him someone I’m looking at in all formats.

It’s been a great stretch for Harkless who’s now topped 30 FDP in three straight games and has put up at least 23.3 in five straight. We know he’ll contribute defensively as that’s always been his MO, but he’s scoring the basketball well, pouring in 12+ actual points in three straight. With Marvin Bagley and Harrison Barnes both unlikely to play, expect Harkless to have a serious role again on Thursday night.

It was a bad shooting night for Trent, plain and simple. He still played 30 minutes and took 16 shot attempts, but only made three of them. Trent has now taken 16+ shots in all three games since returning from injury while topping 30+ minutes in each contest. Chicago’s wing defense is very lackluster considering it’s Coby White and Zach LaVine out there. Trent is more of a tournament play than someone I’d trust in cash.

We all know that the Aaron Gordon experience in Denver has been a disaster in the land of fantasy basketball. That’s mostly due to the fact that he was the fourth fiddle, sometimes fifth when he arrived. Well, Jamal Murray , Will Barton and now Michael Porter Jr. are ALL out. Gordon put up 25 DKP last time out and has seen his minutes on the rise recently, playing 28+ in his last two games. Gordon could find himself option number two tonight and at 3.9K, you HAVE to take advantage of it.