Will Barton finished Saturday’s win over the Thunder with 15 points (7-of-14 FGs), six rebounds, five assists, one steal and one 3-pointer in 28 minutes.

Barton had a solid night in Oklahoma City, as he was also responsible for just one turnover. However, from a fantasy standpoint, he really hasn’t gotten going after missing the beginning of the season due to injury. Rostered in 40% of Yahoo leagues, Barton still sits well outside of the top-100 in both 8- and 9-cat formats. Even though both are starting, Michael Porter Jr. offers much more in the way of fantasy value than Barton. Yesterday 11:06 pm (EST)

All Will Barton News 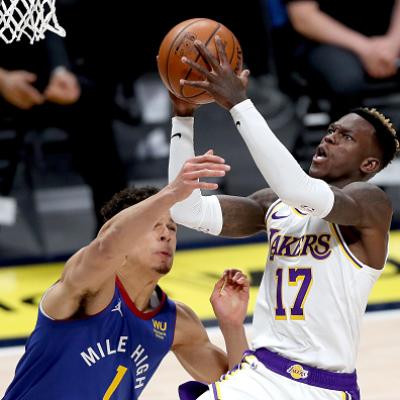 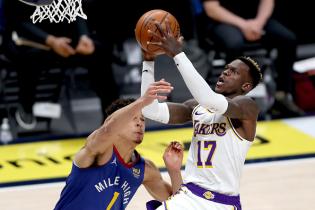 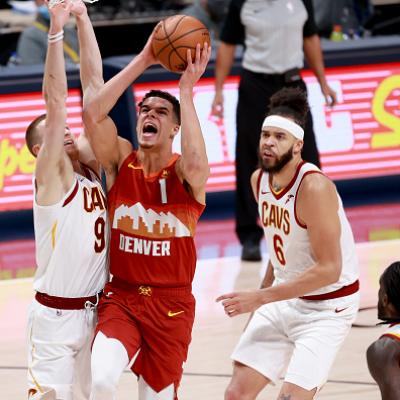 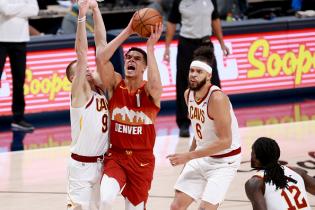 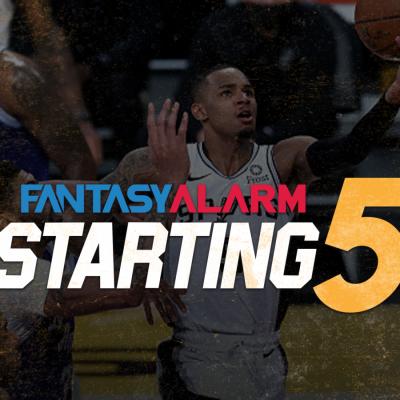 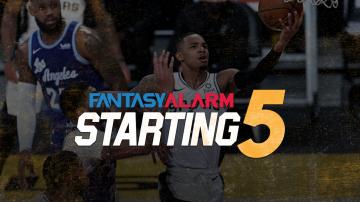 R. Barrett - SG
NYK
RJ Barrett hit 8-of-13 shots, 3-of-6 3-pointers, and 2-of-3 free throws for 21 points, three assists, five rebounds, one steal, and one block with one turnover in a win over the Pistons on Sunday.
Barrett’s been streaky at points this season but when he’s in rhythm like he was on Sunday night, he looks like a real piece of the Knicks’ future. He’s knocked down at least one 3-point shot in seven consecutive games now, and he added a block and steal to boot. The Knicks are cooking, finishing with their first winning record in a month since 2017.
Added 10:30 pm (EST)
Added 10:30 pm (EST)

T. Young - PG
ATL
Trae Young (adductor) didn't have a great game on Sunday, scoring 15 points on 3-of-14 shooting (7-of-7 FT) to go with eight rebounds, nine assists, two triples, two steals and an unfortunate seven turnovers across 36 minutes.
Young got off to a rough start in this one, bricking his first five shots and going scoreless through the first quarter of action with his first bucket not coming until late in the second quarter. It was just the fifth time this season he’s been held scoreless through the first quarter of play, and Atlanta has gone 1-4 in those games. The Hawks are also just 5-18 when Young doesn’t score over 30 points, so they’re clearly highly reliant on Ice Trae showing up, and that just didn’t happen tonight.
Added 10:28 pm (EST)
Added 10:28 pm (EST)

J. Green - SF
BOS
Javonte Green scored eight points on 4-of-5 shooting Sunday, to go with two rebounds and two assists over 33 minutes in a win over the Wizards.
Green got the start for Jaylen Brown (knee) tonight, but he didn’t do much with the opportunity, which tends to be a trend whenever he enters the starting lineup. He’s safe to leave on the waiver wire in all leagues.
Added 10:27 pm (EST)
Added 10:27 pm (EST)

J. Randle - PF
NYK
Julius Randle hit 10-of-18 shots, 3-of-6 3-pointers, and 2-of-3 free throws for 25 points, six assists, eight rebounds, two steals, and one block with one turnover in a win over the Pistons on Sunday.
Randle played another terrific game and has proven himself to be a night-in, night-out All-Star.  He played a full 38 minutes despite the blowout, and he picked the Pistons’ defense apart for eight assists and just one turnover. He’s approaching top-40 fantasy value, and playing with a force few predicted coming into the season.
Added 10:26 pm (EST)
Added 10:26 pm (EST)

T. Thompson - C
BOS
Tristan Thompson struggled with his shot in Sunday's win over the Wizards, going 1-of-9 from the floor and 3-of-4 from the stripe for five points over 19 minutes.
Thompson's only make came during the first quarter, but he did add 13 rebounds, three assists and two turnovers while he was out there. Daniel Theis was a lot more impressive than TT, scoring 20 points on 8-of-11 shooting (3-of-6 FT) to go with nine rebounds, three assists, one 3-pointer, one steal and two turnovers in 32 minutes.
Added 10:23 pm (EST)
Added 10:23 pm (EST)

K. Walker - PG
BOS
Kemba Walker scored 21 points on 7-of-17 shooting (4-of-5 FT) Sunday, to go with five rebounds, eight assists, three triples, two steals and three turnovers across 33 minutes in a win over the Wizards.
The Celtics finally were able to put together back-to-back wins, giving them their first winning streak since January, and their fifth win over the past 13 games. They've now got their record back to .500, and they're now in a tie for the No. 5 seed out East with Toronto. Walker should be fine for Boston's final two games heading into the break, with neither of those coming as a back-to-back.
Added 10:17 pm (EST)
Added 10:17 pm (EST)

J. Tatum - SF
BOS
Jayson Tatum powered the Celtics to a 111-110 win over the Wizards on Sunday with 31 points, eight rebounds, three assists, three triples, three steals and four turnovers in 39 minutes.
Tatum was held to just nine points on 4-of-18 shooting his last time out, but he was able to get things back on track today against one of the worst defensive teams in the league, finishing 12-of-22 from the floor and 4-of-4 from the stripe. Tatum was mired in a brutal shooting funk through Black History Month, connecting on just 38.6% of his FGA, but hopefully, tonight’s game is a sign that he’s ready to turn the corner.
Added 10:15 pm (EST)
Added 10:15 pm (EST)

D. Avdija - SF
WAS
Deni Avdija saw just seven minutes off the bench on Sunday, finishing with one rebound and one steal in a loss to the Celtics.
The rookie has shown glimpses of his upside this season, but he hasn’t been able to put it all together consistently and he’s not getting the minutes or usage he needs as a reserve to make an impact in most leagues.
Added 10:14 pm (EST)
Added 10:14 pm (EST)