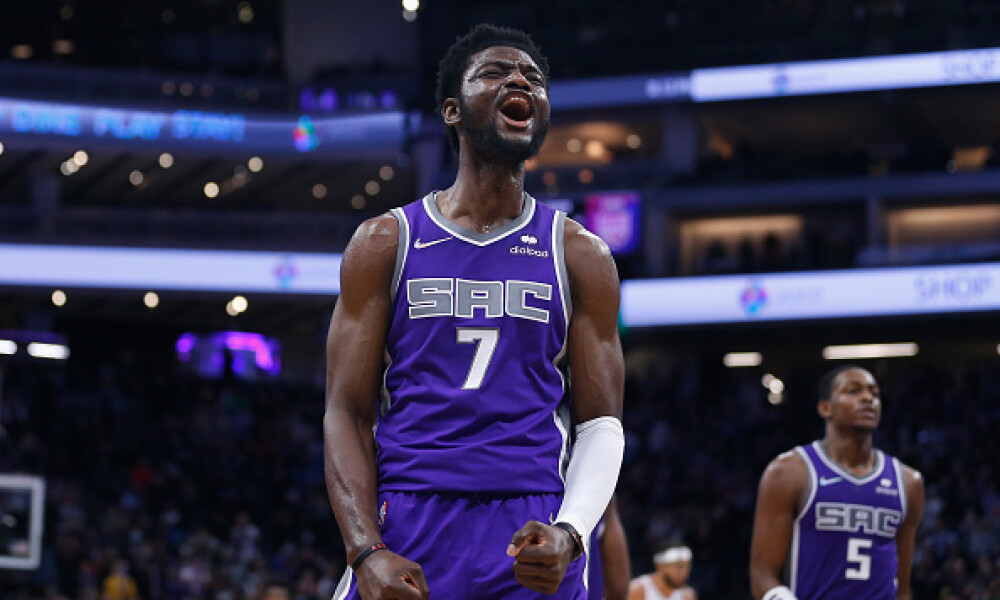 As we continue to accumulate stats as we now have five weeks of game-play under our belts, it’s time to look at the numbers with a bit more of a microscope. Start looking at stats from the last two weeks because it will help you find the trendy players and even those players who are just starting to heat up. Don’t go as far as to just look at one-week worth of numbers unless we are coming off of a recent injury of a rotational player. We have to stay ahead of the game because by the time you see these players appear everywhere, it’ll be too late.

Patty Mills G BKN-30% Invested In: Joe Harris and Bruce Brown are banged up and Mills is starting to produce a bit more. Most of the Nets offense will continue to be generated by Kevin Durant and James Harden, but with Nicolas Claxton not coming back anytime soon, the Nets are left with a few seasoned veterans up front and if they want to keep the ball moving, the change-of-pace Mills will need to continue to fire away. He’s scored 21-plus points in 3 of his last 4 games and he’s played over 30 minutes in all 4 of those contests. Mills has tremendous speed and has no problem stopping and popping. Kyrie Irving being out of the mix leaves Mills with a locked in role even when the other Nets shooters return to the floor. Mills has also grabbed swipes in five of his last six games. We should continue to see a minor bump in dimes from him until Brown and/or Harris are fully ready to go.

Kevin Love PF, C CLE-43% Invested In: The Cavs just can’t shake the injuries and we won’t see Collin Sexton for the rest of the way and Evan Mobley is on the shelf for another handful of games meaning Love is going to naturally see more action. Jarrett Allen and Love complement each other nicely when they’re on the floor together and when Love shares the floor with Lauri Markkanen, he can play at the arc and Markkanen can mess around inside a bit more. Since returning to action from being in the league’s COVID protocol, Love has taken double-digit shots and he’s grabbed seven or more rebounds. He’ll fire away a lot from the arc and he’s coming off of a game in which he nailed four three-pointers. He’s been pulling down 7.4 rebounds per game and we should see him play at least 20-25 minutes per game. Love is older, can’t move as quickly, but the Cavs continue to break down leaving Love room in this rotation.

Alec Burks SG, SF NYK-30% Invested In: Because you never know what you’re going to get from Evan Fournier on a night in, night out basis, Burks has been able to work himself into the rotation a bit more lately. He’s received at least 25 minutes of action in 5 of his last 6 games and he’s been knocking down shots and scored in double figures in all 5 of those outings. Burks is a hound on the perimeter as well and he’s grabbed six steals total in his last three games. Burks will hang around the arc for the most part except when the opposition shifts to one side on defense. He has a sneaky backdoor cut that he utilizes when the lane becomes open. Burks has also grabbed five or more boards in three of his last five contests. The Knicks coaching staff will look to favor defense over offense, as the Knicks have not been the same team defensively as they were last season and they need all of the help they can get. On nights the Knicks go easy on Kemba Walker when it comes to playing time, Burks will benefit.

P.J. Tucker PF, C MIA-18% Invested In: We haven’t seen Markieff Morris take the floor since that altercation he got in with Nikola Jokic in which Jokic shoved him down from behind and Tucker’s role only improved with less depth behind him. Morris should be out for a few more games and Tucker has scored 13 or more points in 4 of his last 5 battles and missed just 1 shot in each of those games. Tucker is utilized as a bailout option and is constantly open from downtown. Bam Adebayo is very hard to guard because of his ball-handling skills and Jimmy Butler is a constant lane attacker and opposing defenses will have to adjust and collapse on either player as soon as they hit the paint, leaving the elbow open and the arc often un-guarded. Tucker has grabbed 6.1 boards per game and he’s even produced steals in 3 of his last 4 games.

Khem Birch PF, C TOR-33% Invested In: The Raptors frontcourt opens up a bit with OG Anunoby out and we’ve recommended Birch’s teammate Precious Achiuwa before, but Birch also holds short-term value here because the Raptors are playing Pascal Siakam at PF with Anunoby hurt and Birch has played over 20 minutes in each of his last 4 contests. He’s been picking up starts giving him a bit more control over his destiny based off how he’s playing early on. He’s an inside-exclusive player who has scored 10 or more points in 2 of his last 3 games. He’s taken seven or more shots in his last three games and as beneficial as his offense has been, his defensive production has been a major selling point for Birch. He’s swiped the ball seven times total in his last three games and he’s blocked multiple shots in his last two games.

Grant Williams F BOS-6% Invested In: This could be a very short-term stock as the Celtics are getting healthier, but Williams has been playing well and he’s been a dependable knock-down shooter while Robert Williams and Jaylen Brown have been out. Williams has scored 11-plus points in 4 of his last 5 games and he’s been producing more rebounds. We’ve seen him step inside the arc as soon as he puts the shot up to try to gain positioning. Following your shot is a fundamental that often gets lost among a decent amount of today’s NBA players. Williams has pulled down five or more boards in three of his last five games and he grabs just 3.2 boards per game for the year. He should continue to see 25 minutes even with both Williams and Brown expected back for tonight’s game. Al Horford may have the size, but Williams has a bit more speed and that should keep him in the rotation, unless his shooting becomes disastrous.

Jeremiah Robinson-Earl SF OKC-11% Invested In: Over the last few weeks we’ve seen Robinson-Earl pick up more minutes and certainly more shots. He’s not exclusively a bailout shooter as he’ll look to drive the lane as well. He’s actually taken nine or more shots in four of his last six contests. He’s scored 13 points or more in 2 of his last 4 games and we’ve seen his grab more rebounds in recent games. He’s ripped down at least eight rebounds in two of his last three games and he’s played at least 25 minutes in 5 of his last 6 outings. He’s been a helpful defender on the perimeter as well grabbing multiple steals in two of his last three contests and he even recorded blocks in two of his last four games. The Thunder’s frontcourt is very open as a few of their options they thought they can rely on are underperforming and Robinson-Earl has even drawn nine starts this season. Expect him to be in the rotation long-term.

Deni Avdija SG, SF WAS-8% Invested In: The Wizards defense has improved and Avdija is a major reason why and he’s played over 20 minutes in each of his last 4 games. He’s swiped balls in five of his last six games and he’s even blocked shots in four of his last five games. Avdija’s rebounding has even improved as he’s grabbed double-digit boards in two of his last four games. Avdija is clearly more of a defensive player than an offensive player, but as we see him produce more boards, blocks and steals, we should see his minutes start to rise as well. Avdija’s biggest adversary in the Wizards rotation is Kentavious Caldwell-Pope who has more experience and he himself is a solid perimeter defender, but Avdija can play multiple positions as well. Avdija has scored eight-plus points in four of his last five games.

Chimezie Metu PF SAC-25% Invested In: Over the last couple of weeks, we’ve seen Metu come alive as he’s played over 20 minutes in each of his last 6 games. Marvin Bagley III has major drama going on with the Kings organization and Metu has been able to give Harrison Barnes some relief and he can help stretch the floor by hitting long-range shots. Barnes being able to rotate to SF should also help Metu keep his reserve minutes. Metu has grabbed eight or more rebounds in three of his last four games and he grabbed steals in all three of those games as well. Richaun Holmes isn’t a good defender inside and Metu can help him out in the post a bit. He’s blocked a shot in each of his last five games. The only issue is that the Kings just fired their Coach Luke Walton and a new Coach can certainly shake up the rotation, but it isn’t like the Kings have a ton of frontcourt depth to begin with. Metu has earned his spot in the rotation and the new coaching regime should reward him for his efforts.

Kevin Huerter SG, SF ATL-30% Invested In: De’Andre Hunter is sidelined and Huerter has scored 11 or more points in 3 of his last 4 games. He’ll be competing with Cam Reddish for minutes and shots, but there is room for both and Huerter has been given at least 30 minutes of action in 5 of his last 6 outings. Huerter has shot the ball nine times or more in four of his last six outings. He’s grabbed five or more boards in four of his last five games. Huerter will bring up the ball for certain possessions, but Trae Young handles the rock most of the night. Huerter has been getting minutes, shots and his improved rebounding makes him relevant as a final player on your fantasy basketball bench. Huerter has hit nine total three-pointers in his last two games as well. Grab him up as the Hawks have a four-game week.