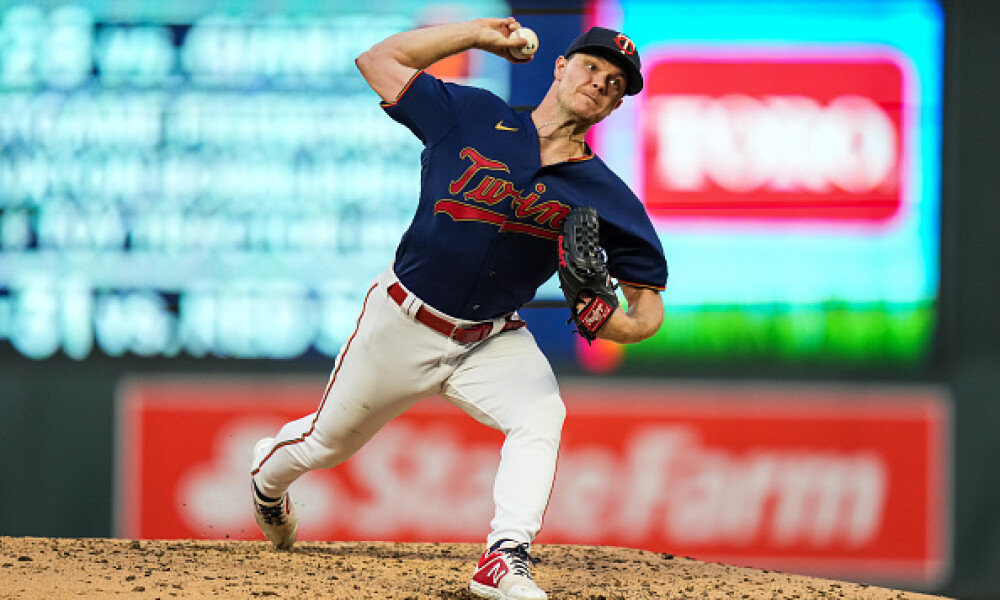 There is a full day of MLB action ahead of us today, but the focus here is on the eight game MLB DFS main slate that begins in the evening at 7 pm on the east coast. That gives us plenty of options to choose from and it is vital to follow along with all of the Fantasy Alarm tools at our disposal. When working through your MLB DFS lineups, pay attention to the latest MLB news, MLB lineups, and MLB weather leading up to lineup lock. Let us jump right into some MLB DFS value picks for tonight.

With a .217 team batting average and a 23.4% strikeout rate, Oakland is the perfect team to target from a pitching perspective as they are one of the worst offenses in the league with a wRC+ of 84. Dunning has been a solid starting pitcher so far this year with 7.77 strikeouts per nine innings while also being helped by a 53.4% ground ball rate. The right-hander’s 4.39 ERA should help to limit the damage and this one of the better pitching situations on the slate.

Another offense to target tonight is Kansas City and that comes a night after the Twins took a no-hitter into the ninth inning against the Royals. Gray has consistently been a solid option this season with a 3.09 ERA (3.43 FIP) to go along with a 1.14 WHIP and about a strikeout per inning. Opposing hitters are batting just .223 against Gray this year and with a meager 5.3% barrel-rate against him, the right-hander has been able to limit success against him.

With Baltimore facing a left-hander tonight, and a weak one at that in Patrick Corbin, McKenna should be back at the top of the order and that puts him squarely on our radar. In 54 at bats against left-handers, McKenna is batting .278 with two home runs, nine runs scored, and six RBI. The Orioles should be able to knock Corbin around pretty well, and tonight things should start with McKenna. When McKenna puts the bat on the ball, good things have happened with a 10% barrel-rate.

Targeting Zack Greinke and subsequently the Royals bullpen will never be a bad strategy and that brings us to Gordon tonight. He figures to bat in a favorable spot while holding the platoon advantage and that works perfectly to his strengths. Against right-handed pitching this season, Gordon is hitting.290 with all six of his home runs, 33 RBI, and 29 runs scored in 272 at bats. Prior to going hitless on Tuesday, Gordon was in the midst of a seven-game hit streak as he looks to start a new one.

It was not the best of starts to Abrams major league career, but the top prospect is looking to finish out the 2022 season strong with Washington. Through his first 10 games of September, Abrams is hitting .351 with seven runs scored and three RBI, but stands out to me is the fact the struck out only twice. While the sample size is small, it is a move in the right direction and closer to what we expected to see out of Abrams initially and this is also a case of riding the hot hand in a solid matchup against Tyler Wells.

Muncy took a seven-game hitting streak into action on Tuesday as he looks to get over the .200 mark for the season. The good news is that Muncy has gone deep 19 times this year. Muncy certainly has the advantage against Zach Davies as the right-hander allows more than a home run per nine. When it comes to players like Muncy, it does not take much for him to get swept up into any damage the Dodgers do at the plate. While the batting average is rough, Muncy is still walking at a clip of 15.6% which helps the DFS production and it is hard to argue with a 14% barrel-rate and 21 degree launch angle.

First, I will not be using any of the value pitchers in cash tonight. On DK, Dunning is the lowest that I will go for any pitching (unless you are really feeling insane and consider Patrick Corbin a play?). The only reason I even consider Dunning and his 4.39 ERA/1.43 WHIP is because he is facing a worse offense than he has been as a pitcher of late. This is a lineup that strikes out 25.3% to right-handed pitching with a low team .131 ISO/.286wOBA plus Dunning has been a better pitcher at home where he is 3-2 with a 3.35 ERA/1.22 WHIP compared to 0-6 with a 5.62 ERA/1.71 WHIP on the road. If the A’s had a few more right-handed bats in their lineup, I would be a little more excited for Dunning due to his splits but only four are currently projected and this is a straight GPP play only.

What Ross Stripling has done this season is amazing. Last Friday’s 4-3 win over the Rangers on the road looked like so many of his other recent starts, giving the Blue Jays six efficient innings of two-run ball. Stripling has now gone at least six innings in each of his last five starts and has become one of the most dependable arms that goes out every five days for a playoff team. Since June 6th (when he became a full-time starter), Stripling has been an ace in the rotation, with a 2.56 ERA through 81.0 innings of work. He currently owns a 3.01 FIP and has struck out 69 batters compared to 11 walks, limiting opponents to a .209 batting average. The Jays are currently 11-4 since he took Hyun jin-Ryu’s spot in the rotation and he's reeled off five straight quality starts since rejoining the rotation in mid-August, posting a 2.67 ERA/0.76 WHIP  over that stretch. He does have a tough matchup tonight against the Rays as it will be a playoff-like atmosphere in hitter friendly Rogers Center but one thing we have learned about Ross Stripling- never count him out. GPP only due to matchup and park factor.

Lane Thomas had a double and run scored last night from the leadoff spot and now sits with the third highest current hitting streak in the majors at 10 games. During the span Thomas is slashing .400/.460.600 and over his last 20 games he has a .325 average with a .398wOBA and 150.2wRC+. Tonight, he faces right-handed Tyler Wells and Thomas has been a reverse splits hitter this season with an overall slash of .262/.319/.438 and .757 OPS against RH pitching.