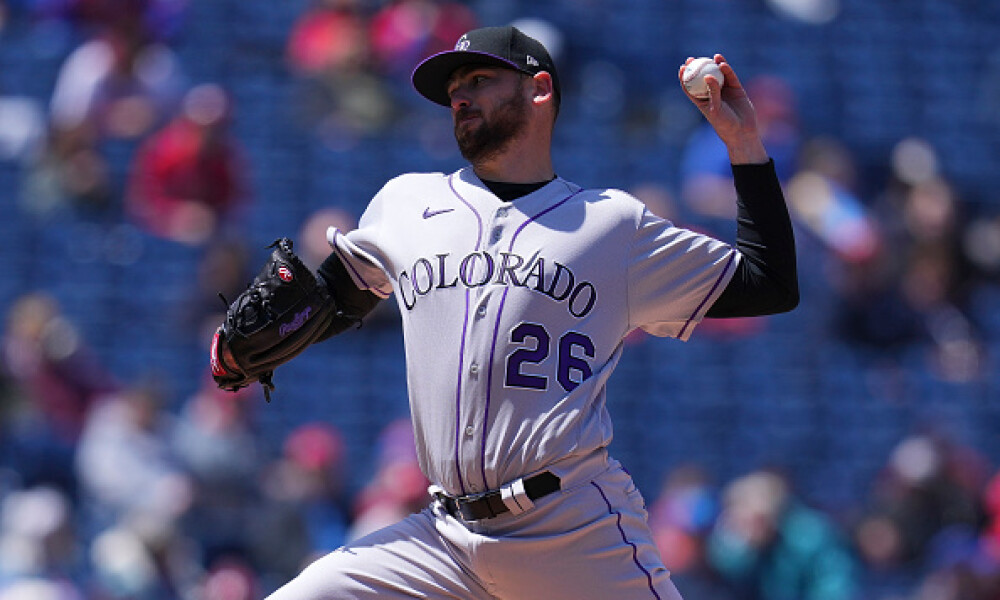 How is your 2022 fantasy baseball season going? Are you thriving and working the MLB waiver wire for the top free agents? Are you staying diligent and monitor MLB Lineups as they're released daily? Did you stay on top of the MLB weather ahead of Friday's festival of game cancellations? It's always vital to remember that fantasy baseball and the 2022 MLB season go hand-in-hand as separate marathons, for the actual athletes and us faux baseball warriors. The perfect way to gain an edge in your fantasy baseball league, and a fantastic way to optimize your fantasy baseball lineup is to examine the two-start pitchers on your own roster while scouring the waiver wire for free agents you can stream or even utilize for both starts.

A boatload of top tier arms to run out in your fantasy rotations this week, with 14 starting pitchers to choose from in the upper level. Not a huge supply of middle tier arms, but loads to avoid in the basement category this scoring period. Choose well when choosing among those who you want to insert as streaming options, and understand that those options will change most likely as the week goes forward, due to weather and injury.

Of these 14 starting pitchers, there are a couple of new additions (Skubal, Blackburn) that are now living up to their projected potential, and another pair (Wainwright, Giolito) who remain in the upper tier but could find themselves relegated to middle tier status if their inconsistencies continue. Granted, Giolito’s K production remains stellar (14.6 K/9), and that alone (assuming he keeps his ratios in line) will maintain his top-notch status for the nonce.

Austin Gomber is working on a trio of quality starts (QS) heading into this coming Week 5. He has been pitching better away from Coors Field, so the first outing in San Francisco bodes well, and taking on the Royals at home is not a daunting feat, either. He has brought his ratios into better than merely useful range (3.58 ERA, 1.23 WHIP) and is striking out just under a batter per inning.

Martín Pérez also is working on a three consecutive QS streak, and he has a superb set of ratio stats to go along with his unfortunate 0-2 record: 2.25 ERA and 1.04 WHIP. If he had a better home/road split over his last few seasons, the two home starts this coming week would be more appealing and have put him atop this tier.

Brad Keller has four QS to count among his five starts, although his strikeout rate is sub-par at best, sitting at just 5.5 K/9 through his 31.0 IP thus far in 2022. The low K rate portends some negative regression affecting his superb ratio stats (1.74 ERA, 0.84 WHIP), but no reason to bail on him despite having two road contests coming up.

Cal Quantrill also has two road games on the schedule this coming week, taking on a pair of division opponents. He has compiled three QS over his last three trips to the hill, just the same as the first two members of this tier. His control issues have not impacted him too much so far, but coupled with limited K production, he needs his lucky peripherals to continue to succeed.

Michael Pineda has not been tremendously consistent for the Tigers in his three starts this season, but does feature a useful 3.77 ERA and 1.12 WHIP. This week finds him taking the hill two times at Comerica Park, against a pair of beatable opponents…understanding that his team is not exactly playing top-level ball at present.

Carlos Carrasco has amassed a nice set of ratio stats (3.30 ERA, 1.00 WHIP) while notching nearly a K per inning (28 Ks over 30.0 IP) and limiting the free passes with just six walks allowed. He has a nice pair of matchups in line with the Nationals and Mariners on the schedule this scoring period.

Marcus Stroman finally collected his first victory against the division rival Brewers on the road, and by holding the Milwaukee hitters scoreless, reduced his still inflated ERA to 5.13, a move in the right direction from is season high 8.78, where it sat just two games ago. He will look to continue his road dominance this week when he heads to San Diego and then Phoenix to ply his trade.

None of these arms are trustworthy enough to rely upon for a pair of appearances this scoring period. There are some matchup opportunities for single starts, and any hurler that is given the opportunity to face the Tigers or Reds has a good chance succeed in an individual game situation. But in general, avoiding these SPs in your active rotations will pay better dividends than letting them sit on your bench or remain on the wire.

The Arizona veteran lefthander was ejected after just one frame against the host Marlins while being inspected for a foreign substance, when things quickly escalated between him and the inspecting umpire. Assuming he avoids a suspension, he should be well rested for this appearance when he again takes on the team from Miami, this time at home. Although he is putting up below average K numbers, his ratio stats are superb: 1.50 ERA, 1.13 WHIP. Beware, though, as his peripherals hint at coming negative regression, with a 4.84 FIP, 87.7% LOB and an unsustainable .188 BABIP.

A second southpaw to consider sliding into your rotation on Tuesday, the Pittsburgh veteran is fresh from a pair of five-inning efforts where he allowed only three earned runs and collected 12 Ks. Truly not the best matchup available, but he is pitching at home here against a tough opponent.

Houser was not at his best in his last effort on the bump, but despite allowing four earned tallies to the visiting Reds, he walked away with his third consecutive victory. He now gets to face off against the selfsame Cincy offense mid-week and work on returning to his strong pitching ways, as evidenced by a 3.42 ERA over his 26.1 IP this season.

COVID has sidelined the Boston veteran southpaw but he may be cleared to take the hill middle of the scoring period, to head to Atlanta and continue his road warrior trends over the past several seasons. He heads into his sixth start with a fine sub-3 ERA (2.86) and excellent 1.09 WHIP.

Keller picked up his fourth loss (with no victories), despite tossing a QS against the visiting Padres, whom he held to a single earned tally while racking up five Ks and not handing out a single free pass. Ah, the risks of toiling for the Pirate rotation. On the plus side, the opponent here are the lackluster Reds who possess the worst record in all of MLB currently with a mere three wins to their credit heading into Saturday’s action.

When two sub-.500 teams face off, it is not necessarily must-see game action. Wells, however, has been pitching well, having tallied five innings in each of his last two starts, and has pushed his ERA down into acceptable range (4.50 currently). Detroit may play better at home than on the road, but that is certainly faint praise early this season, making the tall righthander a decent streaming possibility.

Both sides of this matchup feature worthwhile streaming options, even with the game being played at Coors Field. These two southpaws have been holding opponents to limited scoring although the Rockie SP’s peripherals indicate better options for continuing success. Cannot decide between the two arms? Start them both against one another. Just a suggestion.

The Ranger righty is striking out a batter per inning, but is allowing too many baserunners as the result of hits and walks to offer an attractive WHIP (1.31 currently). The 3.81 ERA plays well for fantasy purposes, as do the Ks he collects. Facing the Red Sox at home makes for an excellent matchup.

Otto has been effective in limited action for the Rangers in the rotation, and will be on the hill as part of a double-header this weekend, so take notice of how he fares against the Yankees on Sunday before locking in on him as a streamer at the end of Week 5. Currently, he sports an attractive 2.89 ERA and 0.96 WHIP through a limited sample size of two starts covering 9.1 IP.

The veteran righthander has picked up his game over his past two outings (as of this writing as he is poised to face the visiting Tigers this weekend to wind up his Week 4 action), allowing just one earned run over the past 12.2 IP. His control has improved of late, although he is still a below-average K producer. Taking on the last place Nationals on the road is a good matchup for the end of the scoring period.

Ashby figures to be a spot starter as the Brewers strive to maintain a six-man rotation in early 2022. The big knock on the swingman is his lack of control while dealing from the rubber (6.1 BB/9 through his 19.1 IP in 2022). He strikes out better than a hitter per frame pitched, and sports an excellent 2.33 ERA on the season.

Feel free also to send any starting pitching or other fantasy baseball questions to ia@fantasyalarm.com for a private response to your specific issue. The more detail you can provide about your team and league, including settings (H2H vs Roto, points or categories, weekly or daily moves, roster size, league size, etc.) the better the response will be suited to your individual situation. As ever, good luck and Godspeed in all your fantasy endeavors.