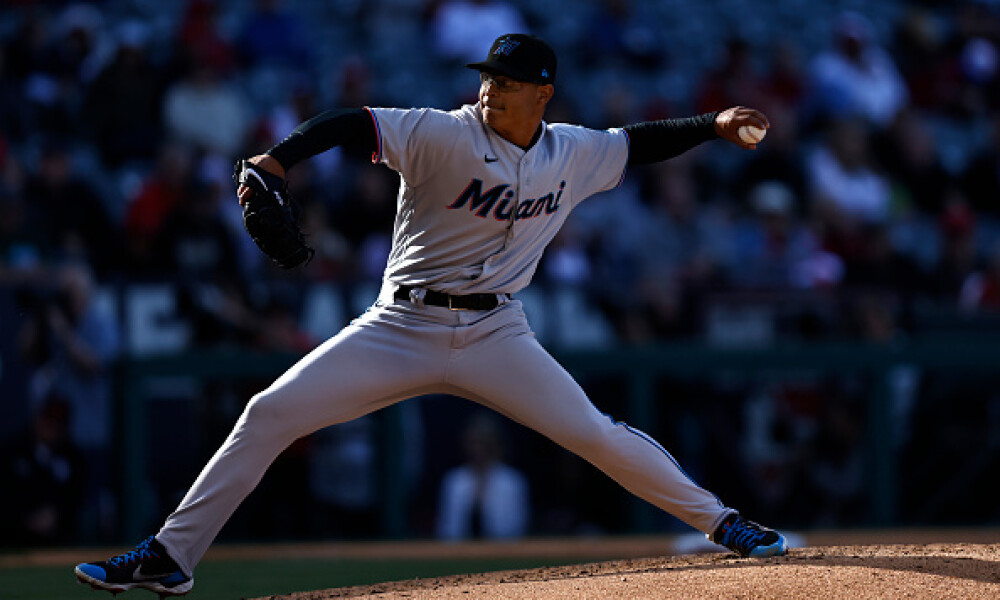 Week 2 of the fantasy baseball season action sees a whole lot of two-start options on the board. The top tier is brim-full of dual start goodness, for your fantasy efforts. A full dozen arms to rely upon early in the fantasy baseball season. There are also a good number of bottom-tier hurlers to set on the bench despite the allure of taking to the mound twice this scoring period. Do not miss out on the opportunity to stream some SPs from your fantasy baseball waiver wire as well, with a number of lower percentage owned pitchers that may be available for your single start purposes.

Please realize that these articles feature the most recent rotation information available when the article is written, but that circumstances do change due to weather conditions, injuries and general craziness with managers. If a pitcher listed here as having two starts ends up with one (or perhaps none) in the upcoming week, apologies but this article is meant to provide analysis, it is up to the manager to set the lineups or rotations.

Without further ado, here are this week’s two-start pitchers!

These 12 SPs are the players you want to insert into your lineups and anticipate great results adding up in your Week 2 stat line. Naturally, there will be hiccups in those expectations, although pitchers being pulled from a potential perfect game are not to be foreseen all that often, if ever again. Sorry to those Kershaw owners gnashing tier teeth, but be glad he did not risk injury in his first start of 2022 and now gets to toe the rubber twice this coming week.

Megill has yet to yield an earned run in his two starts early this season, and carries a 2-0 record into Week 2’s action. He has collected 11 Ks over his 10.1 IP, and is flawless with regard to allowing any hitter to walk. These superlative results are not likely to continue endlessly, of course, but now is a fine time to employ his services while he is on fire.

Luzardo was missing plenty of bats in his first trip to the hill this season, racking up a dozen strikeouts over just 5.0 IP. The 24-year-old southpaw gets a home start against the Cards to open the scoring period and then heads on the road to face the Braves. These are not ideal matchups, but he is coming off a strong showing this spring and may be rounding into the potential top-shelf arm many expected of him.

Steele has been having success early this year, posting a useful 9:3 K/BB ratio over his two starts (9.1 IP) to date. He has a low 90s fastball, but relies on movement to disrupt the other team’s batters and has been finding that approach to be fruitful so far in 2022. He has two home starts this coming week, although that has not exactly been his favored venue over his short career in the majors, so tread carefully in using him for these two times toeing the rubber in Week 2.

Rodriguez was brought in to serve as a veteran ace for the Tiger staff, which is populated by several young, promising arms (Casey Mize, Tarik Skubal, et. al.). He pitched well for Boston last season, coming back from injury due to COVID issues (myocarditis), winning 13 games although his stat line was not fantasy-friendly (4.74 ERA, 1.39 WHIP). He heads to a more pitcher-friendly home stadium to stabilize the rebuilding Tiger rotation. He has another pair of home starts in store coming up, and the expectation is he will settle into his role as the Detroit ace as April progresses. Based on early returns, if you are exercising caution rolling him out, though, you would not be blamed until he begins to click on the hill.

Ray, the 2021 AL Cy Young winner, has not pitched up to those standards so far in 2022, at least in his most recent. The start to open the season in Minnesota was a fine effort, however, so the new Seattle ace has a chance to rebound in Week 2 with a couple of home starts against less than intimidating opponents when the Rangers and Royals come to visit.  His K rate should improve dramatically, although sub-par control has been his tendency prior to last season, so the ratio stats should return to useful but not great levels.

Eovaldi has a pair of division rival contests on tap this week, the first at home when the Blue Jays come to call, and then a road trip game against host Tampa Bay. The veteran righty continues his recent trends with high K rates and excellent control as his 6.50 K/BB ratio through 10.0 IP (two starts) demonstrates.

Hendricks had a fine effort on Opening Day at home against the Brewers but was touched up for six earned tallies in just 3.2 IP in Pittsburgh in his second start in 2022. He now has a couple of games at Wrigley to regain his pitching magic, although he did have a slow start last season, so some caution may be advised. Especially if his control is not precise, with his sub-90 fastball as part of his repertoire.

Garcia seems to be on a short leash so far as his pitch count is concerned to open the season. He did toss 173 combined innings last season, so caution appears to be the watchword early on in 2022, as evidenced by his 71-pitch limit against the Diamondbacks in his first start of the year. He should provide a good K rate, but limited action will limit the value of his counting stats for his fantasy owners to open the season. Like others in this middle tier, he is slated for a pair of home starts in Week 2.

Cobb‘s offense staked him to a big lead in his first regular-season game with the Giants, and he cruised through his 5.0 IP victory, while racking up a 10 Ks. That strikeout rate is due to regress, albeit to around a K per inning, still useful for fantasy purposes. The Giants have a recent history of bolstering veteran SPs when they come to San Fran, and things are looking that way for Cobb, even if the sample size is extremely limited.

There are always the bottom-tier SPs that preform beyond expectations, as was the case with Detroit’s Matt Manning or Nestor Cortes of the Bronx Bombers. For the most part, though, pitchers that find themselves in the lower level on a weekly basis are to be avoided to avoid unnecessary damage to your ratio stats with small to no effect on your counting stat totals. Realize that at times, a matchup will be on tap that makes one of these scheduled double start pitchers a worthwhile risk for one appearance. This week, Cole Irvin at home against the Orioles could be a useful streaming choice. None of the rest of these two-start options look all that enticing, though.

The Angel righty takes on one of the two-start pitchers profiled in the middle tier above, so the matchup is not ideal, and it is on the road, to boot. The veteran has been used out of the bullpen primarily since his rookie year, but Los Angeles seems intent on employing a six-man rotation for now, and thus Lorenzen brings his strikeout potential to longer stints, which should add to his counting stat value. He is coming off a successful initial start against the visiting Marlins and a continuation of that performance level will keep him taking the ball in the Angel rotation.

Archer signed later in the spring with Minnesota and is still getting his arm stretched out early on in 2022. He pitched 4.0 innings in his first outing, holding the Dodgers scoreless on a pair of hits and no walks. He may not be pitching deep into games early this year, but then again, not many SPs can be expected to pitch deep into contests. As he develops his arm strength, though, anticipate his counting stats to improve in utility.

Mikolas was much more effective in his second start of the season, holding the Milwaukee offense to just a single earned run over 6.2 IP on a trio of hits and one walk, while tallying seven Ks. He heads off to Miami, a pitcher’s park, to seek his second victory of the young season.

The Royal righthander took an undeserved loss while tossing his second strong start of the year, giving up just two earned runs to the visiting Detroit offense, allowing just three hits but one of those being a dinger in the seventh. He gets a home start again, and will look to continue his dominance on the hill against another division opponent when the Twins drop in to KC.

The inability to pitch deeper into games coupled with a low K total in whatever time he puts in on the mound limit his desirability as a full-time SP on your roster. The fact that he is delivering the ball at home increases his worth as a fill-in SP here. Just do not expect tremendous counting stats from the veteran southpaw.

Manning surprised many with his effective outing against the Red Sox, although he did only fan two Boston hitters in his 6.0 IP effort. He only gave up one hit, albeit a homer and walked none in this start. Getting the Rockies outside of Coors Field is always a nice touch.

The Padres are banking on Martinez having returned to the MLB from Japan with a new understanding of how to pitch effectively. He did struggle to keep the basepaths empty, but was not damaged heavily by the five hits and one walk he yielded to the host Giants. Another less than desirable matchup but this one at home, there is that.

Cortes did not make it through five innings in his first start and thus did not collect a win despite holding the opponent scoreless for 4.1 IP. He did collect five Ks from the Blue Jays, although the Guardians are less likely to engage excessive swinging and missing at the lefthander’s offerings. Perhaps he can last longer in this contest and vie for a victory.

Heaney also had five strikeouts in his initial start this season, and was extremely effective in inducing swinging strikes from the Minnesota hitters. This opponent leads the majors in strikeouts collected against them so far this season (subject to amendment as the week unfolds, naturally), so there is potential for counting stat production. The 30-year-old southpaw is experimenting with using his off-speed stuff more early on this season, so there is the possibility that will keeps hitters guessing, too.