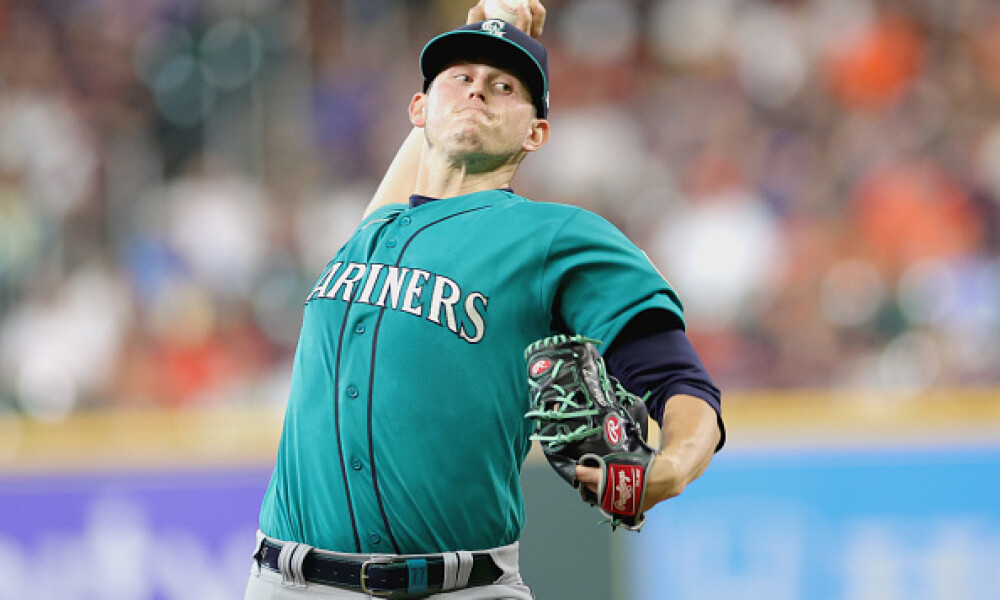 Please realize that these articles feature most recent rotation information available when the article is written, but that circumstances do change due to weather conditions, injuries and general craziness with managers. If a pitcher listed here as having two starts ends up with one (or perhaps none) in the upcoming week, apologies but this article is meant to provide analysis, it is up to the manager to set the lineups or rotations. Without further ado, here are this week’s two start pitchers.

One short of a full dozen options this week, and it is good to see some elevation among the last few pitchers in this tier. Kelly and Wood deserve the elevation to the upper group due to their recent success on the hill and their matchups in this week’s schedule. Wind ‘em up, let ‘em go, and reap the benefits.

Faedo, he of the useful 2.92 ERA and acceptable 1.24 WHIP, tossed another 5.0 effective IP in his last trip to the hill, holding the host Pirates to one earned tally on three hits and a walk, while striking out seven hitters. He gets to face a division rival who is struggling, the White Sox and then the not so dominant Rangers, both at home in Comerica Park this week.

Flexen is the first of a pair of Mariner hurlers who made the top of the middle tier this week. Both of the Seattle SPs are pitching at home for both their Week 10 times on the bump. Flexen is a below average K option with just a 6.1 K/9 rate over his 62.0 IP to date, but has been effectively pushing down his inflated ERA over his last three starts, two of those being of the quality sort (QS).

Gonzales has thrown five QS in his last eight starts, running back to the beginning of May, though his record of 2-4 during those 48.0 IP. He strikes out fewer batters during his stints on the mound than his teammate profiled immediately above, and with a fastball clocked in the high 80 MPH range, he needs to reharness his control which departed in the most recent no-decision against the visiting Red Sox (six free passes over just 4.1 IP).

Eflin had his shortest outing since a 4.0 IP effort in mid-April, and was pulled against the host Brewers due to a high pitch count after 4.1 IP (96 pitches). Prior to that, he was able to accumulate four QS our of his eight starts. He has a pair of nice matchups in store, with the Marlins coming to town and then heading to our Nation’s capital for a contest against another division rival in the form of the Nationals. His peripherals do not hint strongly at negative regression from his useful 3.76 ERA, 1.18 WHIP and 3.62 K/BB through 55.0 IP.

Mikolas may have seen his ratios surge upward for a bit, but he still boasts a useful sub-3.00 ERA on the season (2.93) with a better than adequate 1.06 WHIP to go along with that stat. His most recent performance was a hard luck loss to the Rays where he allowed merely two earned runs on three hits (one a homer) while striking out nine hitters and not allowing a walk.

Javier’s scheduled weekend start got pushed back as the Astro’s reset their rotation, and thus, he now is a two-start option for Week 10. He now has a pair of good if not great matchups on tap, facing the White Sox at home after traveling inside Texas to take on the Rangers in Arlington to open the scoring period. He is missing a boatload of bats, as witnessed by his superb 11.3 K/9 rate though 44.2 IP this season.

Syndergaard has been on and off over his last four outings, alternating good efforts with those that make his owners regret trotting him out in their lineups. He has a pair of road games, and perhaps discretion suggests sitting him for the first contest in LA against the NL West leading Dodgers, but he has potential when the team heads to Seattle at the end of Week 10.

Singer makes the middle tier due to his K potential alone. He has collected 17 Ks over his last three outings, comprising 15.2 IP, while not allowing a single walk to an opposing hitter during the course of those three games. He has been touched for six round trippers over those games, too, but in the asset column, he gets to pitch in a couple of parks not known for allowing dingers when he heads to San Francisco and then across the bay, to Oakland this coming week.

Archer grabbed his first win of the season, after going the requisite five innings for the second consecutive contest (the first being a no-decision in Detroit). His journey back from injury has seen his control and dominance diminished this season, but as he works back to a starter’s workload, he may be able to regain his prior form. He could trend the other direction, though, so keep a wary eye on the veteran righthander. He has been more effective on the road in 2022 and both his Week 10 appearances are in away parks.

There are some arms here that potentially are useful for one of their two scheduled trips to toe the rubber in Week 10, notably Bassitt against a visiting Marlins squad, Kikuchi at home facing the Orioles and perhaps both sides in the Gray/Anderson matchup in Atlanta early in the week. The balance of these starts are best left on the bench or wire, if you value your ratio stats.

In three starts, Contreras has not been credited with a decision, despite holding opponents to just two earned runs over those 15.2 IP. He has put up a fine 16:5 K/BB ratio over those starts, and currently boasts a superb 1.93 ERA and 1.03 WHIP on the season over his six appearances. Beware fully buying in on the youngster, as his peripheral metrics suggest that some negative regression is in his future.

The Diamondback righty is coming off a pair of QS and gets to take on the woeful Reds at home in this appearance. He is only an average K producer with a 7.3 K/9 rate over his 62.0 IP on the season, and Cincy is a middle of the pack offense in terms of whiffing.

The 26-year-old southpaw is another SP with superb ratio stats to recommend him: 1.93 ERA and 0.93 WHIP over a limited 28.0 IP. Until his last outing, he had been adept at keeping the ball in the yard, which helped offset his sub-par K rate (4.2 K/9).

The Pirate righthander has only had one bad outing over his last six times toeing the rubber, and has a fine 2.12 ERA and 1.01 WHIP over those 29.2 IP. The strikeout rate is just average at seven whiffs per nine innings pitched, however, and his road presence has not been overly dominating this season. Faint praise but still worthy of consideration as a streamer if you need an option midweek.

Kuhl has been consistent overall whether pitching at Coors Field or on the road, although he has been much better at missing bats away from his home park, and the Guardians are currently the least strikeout prone offense in the majors. So, expect paltry K numbers here, but his chances of delivering a victory are much higher at home.

Small sample size warning but the Cub rookie righty has twirled two QS in his two starts for the Cubbies. His ERA sits at an attractive 1.50 and is accompanied by a similarly appealing 0.83 WHIP. The 3.67 K/BB ratio is also enthralling for fantasy purposes, but beware the road warrior Padres coming to Wrigley for this matchup.

We have a couple of struggling teams facing one another, but at least Irvin gets to climb the hill at home for this contest, where he has been fantastic over his 28.0 IP in Oakland in 2022. He will make an effort to maintain his 1.61 ERA at home as he pursues his third season victory.

The rookie SP for the Reds has burst onto the pitching scene dramatically, posting a superb 1.14 ERA and 0.85 WHIP over his first three starts (23.2 IP). He has accumulated an attractive 13:5 K/BB ratio over that time, too. He has been comfortable atop the mound in Cincy thus far, and that is where he will be when he faces the Brewers in this contest.