MLB Streaks & Trends: Xander Bogaerts And His Extra Base Hits 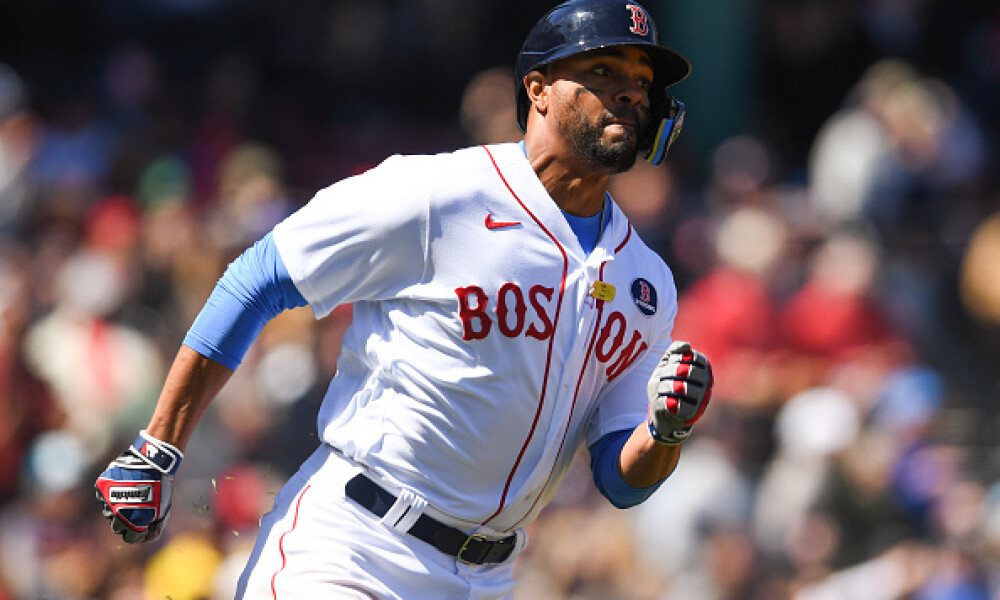 Every Saturday from now until the end of the Major League Baseball season, we are going to dive into some notable current hit streaks and trends of some of the hottest commodities in fantasy baseball. Sure, some of the names on this list are the game’s best, and for good reasons, but there are other players that are likely available in your fantasy baseball league. You can take a look at some of the hottest hitters and add them to your team before your league-mates realize you just picked up that guy who has the third-most hits in baseball over the last seven days. Many of the guys below are likely owned in your fantasy baseball leagues, but you can use this article to find the diamonds in the rough, or the hidden gems, that just might be some of the best fantasy baseball pickups for the days, weeks, or months ahead.

Nathaniel Lowe, TEX - Lowe’s barrel rate and average exit velocity may be down compared to 2021, but he’s still generating a good bit of hard contact and he continues to absolutely punish fastballs. The ground ball rate is still North of 50 percent, so we’d love to see that decrease so his power can flourish, but he makes a ton of contact and puts the ball in play. He’s hitting .455 with a 1.092 OPS during this hit streak and he’s showing no signs of slowing down.

Xander Bogaerts, BOS - He may not appear anywhere in the above charts, but over the last week, he’s hitting .517 with a 1.310 OPS. Furthermore, he has six extra-base hits (one home run) in that span, alongside five runs scored and five RBI. The Boston shortstop has the most hits in baseball over the last week and he has five multi-hit games in his last six contests. As good as most of his batted ball metrics were in 2021 compared to prior seasons, the same can be said for 2022, as his barrel rate is slightly up and he’s making a ton of hard contact. His strikeout rate is North of 24 percent at the moment, and he’s never been above 19 percent for a season in his entire career, so that is something to monitor.

Randal Grichuk, COL - Grichuk is riding a seven-game hit streak, but he hasn’t done it with a wealth of hard contact like other players. Per Baseball Savant, he’s yet to barrel up a ball this season, his average exit velocity is in the 10th percentile, and he has an insanely low 5.3 degree launch angle, leading to a massive 70.4 percent ground ball rate. His xBA sits at .259, and a .370 BABIP is carrying him at the moment. He could be in for a rude awakening in the near future when the luck fades, especially if he doesn’t start lofting the ball.

Giancarlo Stanton, NYY - Stanton has just three hits in his last 25 at-bats, striking out 11 times during that span. He started the year hot but has since cooled off. One of the developments we’ve seen in 2022 with Stanton is that he’s struggled with lefties thus far, after he hit them at a .271 clip in 2021. In 2022, he’s 1-for-16 with eight strikeouts against southpaws, but he has a .282 average against righties. He’s hit lefties better for his career, so it’s been a shocking development to see his struggles against southpaws in 2022.

Jake Cronenworth, SDP - Cronenworth is hitless in his last seven games (six starts), which has tanked his batting average all the way from .296 to .160. He has struck out more than normal for his career, but he continues to do a good job staying in the zone and his xBA of .250 is far better than where his average currently stands. Breaking pitches are giving him more problems than in recent years, 2021 in particular, and when he does make contact with breaking pitches, a 43-degree launch angle without gargantuan power isn’t going to do you many favors. Cronenworth will figure it out in time, but he’s stuck in the mud at the moment.

Aristides Aquino, CIN - Aquino has had an incredibly rough go of late. Over his last six games, he’s 0-for-18 with nine strikeouts. He’s just 2-for-38 on the season, and he’s punched out an otherworldly 21 times. When he does make contact, it’s been lackluster compared to recent years, as his average exit velocity of 78.2 miles per hour in 2022 is in the first percentile. His whiff rate on each type of pitch hasn't jumped up monumentally, but that strikeout rate is through the roof.