MLB Streaks & Trends: Javier Baez Is Heating Up In June 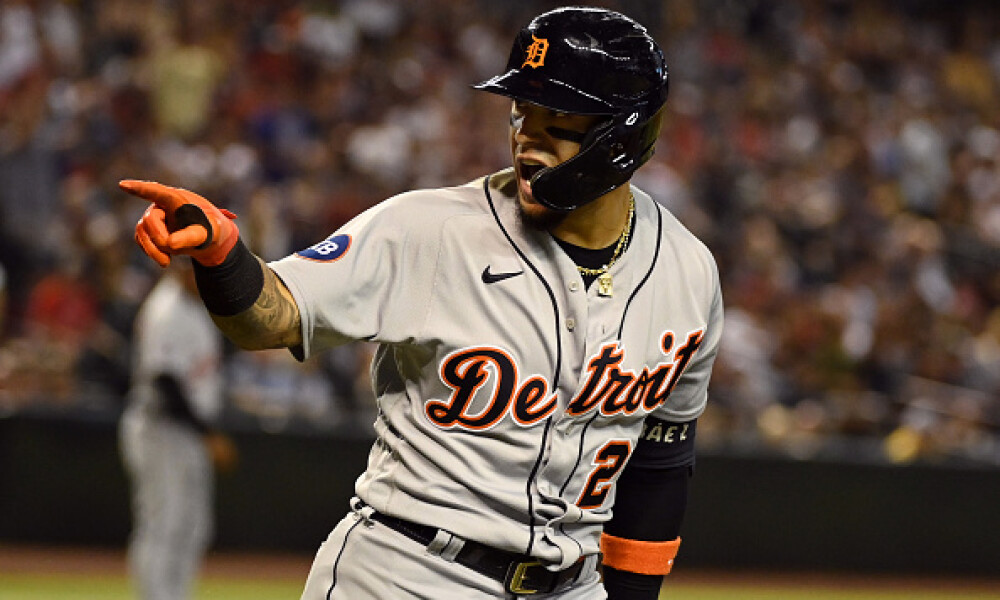 It’s Saturday, so it’s time to grab your coffee, tea, or whatever your morning/early afternoon beverage of choice is and dive into some notable streaks and trends across Major League Baseball. We had a couple of players trending towards being fantasy baseball busts who have really picked it up over the past week or so, en route to being some MLB DFS heroes for some of you out there. On the other hand, some popular fantasy baseball waiver wire pickups have hit the wall of late, like Toronto’s Santiago Espinal, while J.D. Martinez and Nick Castellanos have cooled off in recent games. Take a look at some of the league leaders, current hit streaks, and hot hitters to find some potential waiver wire pickups for the fantasy baseball week that lies ahead. Be sure to check out our fantasy baseball waiver wire article and stock watch videos for even more content to help boost your fantasy baseball teams. Let’s take a look at some of the notable hit streaks and current trends across Major League Baseball.

Javier Báez, DET - Baez is rocking an eight-game hit streak at the moment, and during this stretch, he’s hit four home runs and has struck out just three times! He’s now up to a .262 mark in the month, which is quite the rebound from his .159 mark last month. Don’t forget, in the month of May, he slashed .159/.202/.230 with a 25.2 percent strikeout rate.

He’s making harder contact, and his BABIP in June is up 70 points from the month of May, so harder contact and a bit of luck can go a long way for any player. He’s hitting lefties far better than righties this year, so keep that in mind DFS players out there.

Jesse Winker, SEA - “It’s about time,” said the Mariners. Over the last seven days, Winker is hitting .421 with an insane .560 OBP, which is tied with Houston’s Alex Bregman for best mark in baseball over the past calendar week. He’s hit two home runs in this stretch, to go along with five RBI and four runs scored.

He’s done a better job of staying in the zone here in the month of June, and when you look at his numbers on the season as a whole, he’s hitting more fly balls than year’s past, so if he can increase that exit velocity and hard contact, he could go on a little home run tear moving forward. He’s a great fantasy baseball trade target at the moment.

Andrew Vaughn, CWS - Vaughn may have gotten the best of me in DFS over the past couple of nights, but I won’t hold it against him. He’s hitting .387 with one home run, two RBI and five runs scored during that stretch. For the year as a whole, he’s got some noteworthy home/road splits, but he’s really being a menace to both left-and-right-handed pitchers this year. Vaughn is in a great offense for fantasy, especially when Eloy Jiménez returns, but he’s on a nice hot streak at the moment, and while there could be a little regression moving forward, his batted ball profile and expected statistics indicate it may not be as drastic as some might assume.

Santiago Espinal, TOR - Yikes. Espinal has just one hit in his last 25 at-bats, which has brought his average down to .261 for the month of June. This cold streak has been far from ideal for fantasy baseball managers, but he’s been incredibly consistent, hitting .261, .264, and .261 in each month of the season thus far. Prior to this skid, he had a modest four-game hit streak and actually had a very hot start to the month of June, notching six multi-hit contests through the first nine games of the month. Espinal is hitting .262 on the year with five home runs and three stolen bases, and he seems to be what I call an accumulator in fantasy baseball, meaning that he needs ample at-bats to accumulate his stats. He won’t necessarily go on a home run binge, but a home run every other week or so, and then by season’s end, it’s like, wow, Espinal hit 15 home runs with ten stolen bases, I didn’t even notice it! He should still definitely be owned in fantasy baseball leagues, but maybe just on your bench rather than in your starting lineup at the moment.

Nick Castellanos, PHI - Castellanos is mired in a 1-for-25 slump over his last seven games, posting seven strikeouts in 24 at-bats and a .122 OPS. Castellanos’ .122 OPS is the lowest amongst qualified players in Major League Baseball over the last seven days. Over his last ten games, nothing crazy stands out amidst his plate discipline, but the batted ball profile has shifted a bit over the last week and a half or so. In the aforementioned span, his average exit velocity is down, launch angle is down and barrel rate is down. For the year, he has a 1.18 GB/FB ratio, but since June 16th, that mark resides at 1.75 and he’s hit a ground ball 51.9 percent of the time.

I’m not going to blame it all on the ground balls, but I will just say that the correlation between his ground ball rate and his OPS and BABIP is quite interesting…

J.D. Martinez, BOS - Martinez’s cold streak has pushed him off the top of the leaderboards in some of the categories above, but it’s tough to hold it against him. Imagine being 3-for-26 over your last seven games, or hitting just .214 over your last 15 games, yet still having a .325 batting average and .394 OBP on the season. Even in this rough patch, his average exit velocity is right on par with his mark for the season as a whole, but he has just a .143 BABIP over his last seven contests. His hard-hit rate is still basically the same, but he’s tallied fewer barrels. There’s nothing to worry about with Martinez here, but if someone in your league is panicking, be a nice person and offer to take Martinez off their hands!