MLB Streaks & Trends: Alek Thomas Is Coming Around In A Big Way 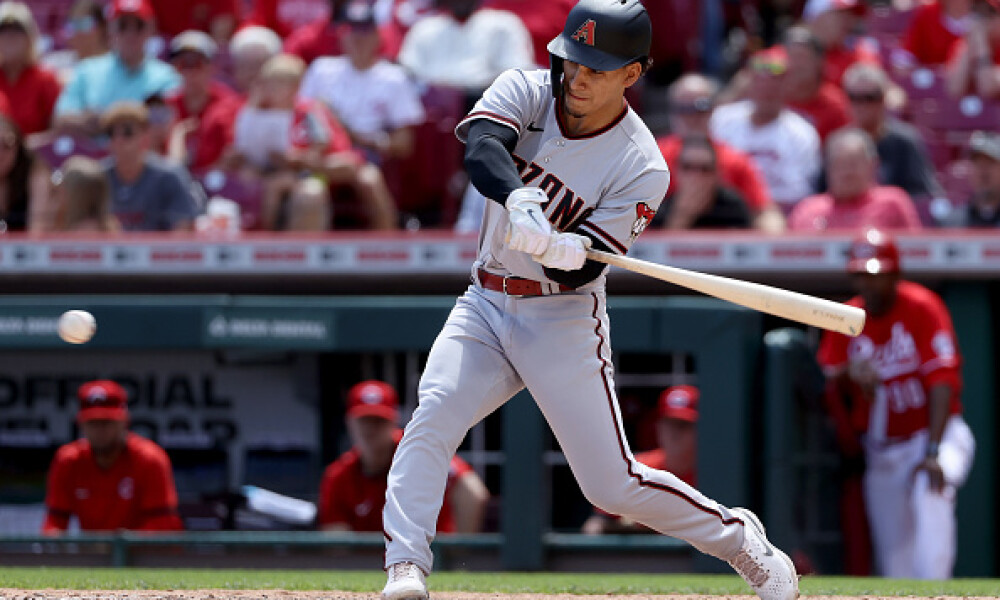 It’s Saturday, so it’s time to grab your coffee, tea, or whatever your morning/early afternoon beverage of choice is and dive into some notable streaks and trends across Major League Baseball. There’s a lot to break down with notable prospects in this week’s Streaks and Trends article, as Brendan Donovan and Alek Thomas are streaking, while Spencer Torkelson’s struggles in Detroit continue. Take a look at some of the league leaders, current hit streaks, and hot hitters to find some potential waiver wire pickups for the fantasy baseball week that lies ahead. Let’s take a look at some of the notable hit streaks and current trends across Major League Baseball.

Brendan Donovan, STL - Did you know that Donovan has the most hits in Major League Baseball in the month of June? Well, he does! Donovan is red hot at the moment, hitting .500 over his last 28 at-bats, and .390 over his last 15 contests. He has just one home run and two stolen bases through 45 games this season, so the “other” numbers haven’t quite been there. However, his 14 doubles are quite nice, and DFS players should love using him at home, where he has a .359 average and .975 OPS this season. He plays all over the field for the Cardinals, and fantasy baseball managers should love the flexibility of being able to slot him in multiple spots.

Alek Thomas, ARI - Thomas is coming around of late, slashing .407/.448/.444 with two stolen bases and six runs scored over his last seven games. Thomas is hitting .300 with an .808 OPS in the month of June, which is refreshing to see. He’s currently enjoying a nine game hit streak, and while his fantasy production has been limited to a couple of categories, he is far from a non-zero in terms of power and speed.

Luis García, WAS - Garcia is one of just five hitters with at least 23 hits in the month of June, and in this month, the young Washington infielder is hitting .343 with an .850 OPS. He’s hit safely in eight of his last nine games, including five multi-hit efforts during this nine game run. He has a .320 xBA on the year, but it’s impressive to see that his top-end max exit velocity is coming in at the 92nd percentile. With more success on the base paths, he should be a nice source of batting average, as long as his free-swinging tendencies don’t get the best of him.

Spencer Torkelson, DET - Torkelson is hitting just .091 in the month of June, not to mention just one extra-base hit and 14 strikeouts in as many games. This hasn’t been the storybook start to a Major League Baseball career by any means, but if you’re looking for a silver lining, his .226 xBA is much higher than his actual .178 average, not to mention his .283 slugging percentage is leaps and bounds below his his .367 xSLG.

In dynasty formats, you can’t just let a player of Torkelson’s caliber go, as he isn’t a top prospect for no reason! In redraft formats, you can likely drop Torkelson or leave him out on the waiver wire, but should things pick up, I would be looking to add him in the future. However, not now, as there’s no meaningful production at the moment.

Jorge Mateo, BAL - Let me start by saying this. From a fantasy baseball perspective, Mateo has some fantasy juice, given that he has a whopping 16 stolen bases. That will play in category setups. However, that .208 average hurts, and in the month of June, he is hitting .143 with an insane 46.7 percent. FORTY SIX POINT SEVEN PERCENT.

Again, you simply just can’t drop Mateo, because Baltimore is letting him run, and he’s been successful in doing so. Also, good luck finding this type of production on the waiver wire. However, if you have enough speed, and someone wants to overpay for Mateo, I’d be fine with maintaining your stolen base production, but improving upon Mateo’s porous batting average and lofty strikeout rates.

Nicky Lopez, KC - Much like Mateo above, if Lopez isn’t getting some stolen bases or hitting for a good average, it’s tough to roster him in fantasy baseball. Lopez is hitting .143 in the month of June, and while he’s not striking out which is nice, a .167 BABIP isn’t going to help out.