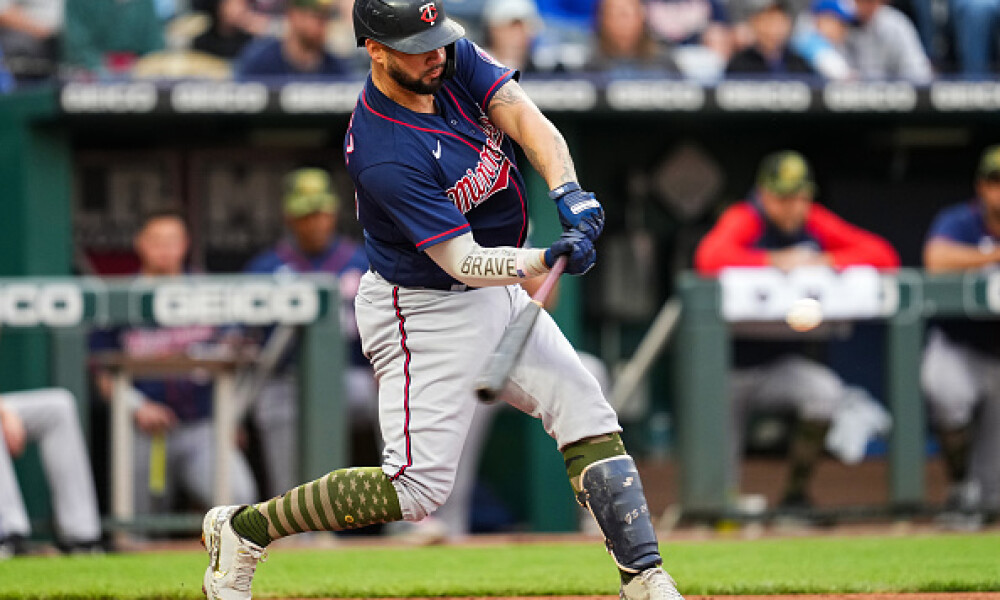 I’m of the mindset that the Catcher position isn’t viable in fantasy baseball. But the 2022 Major League Baseball season has produced a few gems recently. Am I about to take somewhat of a victory lap? Maybe. Daulton Varsho had a pretty strong week with a solid schedule this weekend against the Cubs, as we discussed last week. Adley Rutschman was discussed a couple weeks ago and he finally got the call up to the show and he had a pretty decent weekend, and even Jonah Heim has seen his rostership numbers rise the past few weeks following his player spotlight earlier this month. Now a good portion of these names are likely not available on your league’s fantasy baseball waiver wire. My apologies, but if you’re late to the party the free agent pool is probably a bit barren. But this week we’ll take a look at a player that may still be available in shallower leagues who, like Varsho last week, has a pretty favorable schedule in the upcoming week.

But wait, has a move to a smaller market with less of a spotlight and pressure, possibly helped produce an environment for him to thrive? In March, Sanchez was traded to Minnesota with Gio Urshela in exchange for Josh Donaldson and Isiah Kiner-Falefa. I personally didn’t believe it wasn’t a great deal on paper for Minnesota, but Sanchez has contributed. And most importantly, he’s stayed healthy so far.

Entering Sunday, he may have only been hitting .229/.300/.459 but he had 17 extra base hits and 19 RBI in 29 games. He may have gone 0-for-3 on Sunday to drop his average to .223 but he did drive in two runs that contributed to a late-game rally by the Twinkies in which they erased a six-run deficit to the Kansas City Royals. Since May 13th, Sanchez is hitting .286 with three home runs, six doubles, and a dozen RBI.

Now that tweet was on Friday, Sanchez went on to double on Saturday thus tying his number from 2021. But what has led to such a renaissance from Sanchez? Well he hasn’t been hurt which certainly helps in terms of counting stats. And for what it’s worth his strikeout rate is still pretty terrible, and he doesn’t draw many walks.

For starters, the Twins have done a great job not abusing him behind the dish. Last season the Yankees utilized Sanchez at DH just five times all year long. So far in 2022, the Twins have featured Sanchez at DH 14 times. Who would have thought that having to pop out of a crouching position on a less frequent basis might actually be beneficial to a player’s health and performance? Somebody has to do it and Sanchez will still see his fair share of starts behind home plate. But the if Twins are content utilizing him every other day at DH, then that’s good for his long-term health.

As far as the hitter profile is concerned, he is still lacking plate discipline. However, when he is making contact it’s quality hard contact. Per Baseball Savant, Sanchez currently ranks in the 92nd percentile in max exit velocity, 90th percentile in hard hit percentage, and 97th percentile in barrel percentage. He’s also in the 82nd percentile in xSLG. If these rates hold you have to really like his potential as it continues to heat up in Minnesota because Target Field does tend to turn into a hitter’s park in the warmer months.

As we embark on yet another fantasy baseball scoring period, it’s always important to be mindful of the upcoming week’s schedule. Last week Daulton Varsho was a favorite of mine because he was treated to eight games. Sanchez doesn’t quite have that luxury, but he does have seven games on the docket this week and they’re all at home (three against Detroit, four against Kansas City). Considering the Twins have scored 36 runs over their last four games, I’m interested in finding a way to get a piece of this offense and if you need help at Catcher, Sanchez is available in about 50% of leagues.

He does take a bit of a beating in points leagues. The 30.8% strikeout rate and 5.8% walk rate will cost you points in that format. You really need him to offset those negatives with power and fortunately this upcoming week does shape up in his favor. Not to mention, he’s hit right-handed pitchers (.260 BA with 14 XBH’s) much better than southpaws (.156 BA with three XBH’s) this year and currently there’s only one lefty on the schedule against Minnesota this week.

It’s likely a little too bold to say that Sanchez can win your league, but he can help win your week. He’s not without his own personal flaws as we’ve discussed. However, this is a bit of a welcome rebound and the change of scenery has helped him. There’s nothing quite like that crisp, lush Minnesota air compared to the polluted oxygen he was ingesting in the Bronx. Hopefully you don’t need me to tell you that last statement was a bit facetious. As long as he stays healthy and isn’t overused at Catcher, Sanchez is the kind of player who could be a long-term fantasy baseball asset for one of your teams if the power numbers follow throughout the Summer.