Fantasy Baseball Player Spotlight: Adley Rutschman Is Worth The Stash 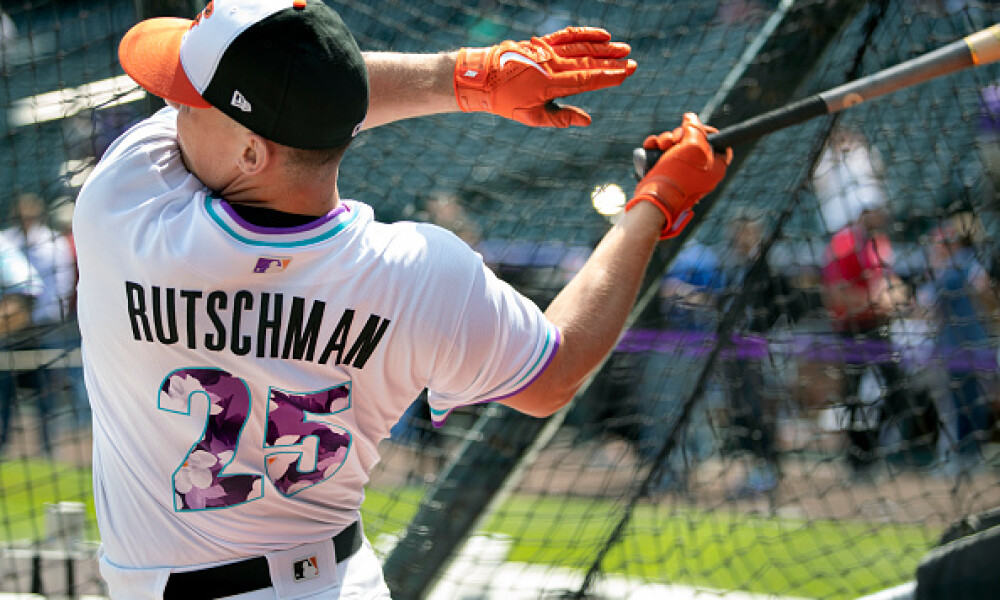 Stashing prospects in fantasy baseball, and trying to gauge how long you stash that prospect, is a constant theme year in and year out. Everyone wants to pick up the next Mike Trout, who burst on the scene in late April during the 2012 season where he went on to hit 30 home runs as a rookie. In 2019, Fernando Tatis touted a .590 slugging percentage with 22 home runs in just 84 games as a rookie. Everyone wants to hit big with Major League Baseball’s top prospects. But it’s easier said than done. And when we add the Catcher position into the equation, this becomes an even more difficult position to stash. So let’s talk about Adley Rutschman.

Rutschman is one of MLB’s most prized prospects. And he isn’t a secret either. He’s about 70% owned in CBS Sports leagues so kudos to any and all fantasy baseball managers over there that held on to him. Over on ESPN, however, Rutschman is available in about 75% of leagues so if you’re competing on that site, Rutschman may not be such a terrible option to stash. Yes, I’m suggesting stashing a Catcher. Among MLB’s top prospects, he’s up there among Bobby Witt Jr., Julio Rodríguez, Spencer Torkelson, and Riley Greene. I understand it may be difficult to stash a Catcher, but here’s why you should give it some consideration.

In 2021, across 123 games a Double-A and Triple-A he hit 23 home runs with 75 RBI and 86 runs scored. The plate discipline was perfectly fine as well as he drew 79 walks to 90 strikeouts, but we all know that pitching in the big leagues is far different from the minors and newcomers tend to try to make too much of a good first impression. Plate discipline at the big league level is something he will need to acquire. But he still possesses so many tools that make him an elite prospect. He hits well. He has power. He fields well, even if he's blindfolded…

He knows how to call a baseball game. He can do it all. Long term it’s unlikely he sticks at Catcher. He may have to learn how to play first base, or they’ll utilize him at DH. Catcher is a position that takes too much of a toll on a player’s knees, but he’s only 24 years old. Any positional transition may still be a few years away.

And it’s because Rutschman is 24 that we may not be too far off from seeing him make his MLB debut. Rutschman missed Spring Training due to a strained tricep injury and it’s kept him out of action for the start of the year as well. Recently, Orioles GM Mike Elias went on record essentially saying that Rutschman just needs to prove he’s healthy and it won’t be long before he gets called up. This past week he started a rehab stint with Single-A Aberdeen and it’s safe to say he’s feeling okay…

As of right now it’s not a question of if he gets called up, but when? On Sunday evening, Andy Kostka of The Baltimore Sun noted that Rutschman would be moving up to Double-A Bowie to continue his rehab process. While he’s still two levels away from the big leagues, he was only with Aberdeen for less than a week and we should expect another short stint with Bowie. In 80 games at Double-A last season, Rutschman slashed .271/.392/.508 with 18 home runs and a wRC+ of 145. He shouldn’t have any problems at Double-A and should quickly transition to Triple-A.

As mentioned earlier, it may be difficult to find Rutschman in your CBS Sports leagues. But he is available in most ESPN leagues, and in Yahoo he’s rostered in about 45%. Taking a shot on a rookie like Rutschman doesn’t provide any guarantees that he’ll actually stick and rake right away. And wasting an extra bench spot on a catcher who may be two-to-three weeks away is a frustrating concept. But it’s not like he needs any further development and he’ll cost you nothing as a waiver wire acquisition. He’s far from a “young” prospect since he’s now 24 years old and looks ready for the big leagues. He’s certainly worth stashing ahead of a potential Rookie of the Year campaign if he makes his debut this month.