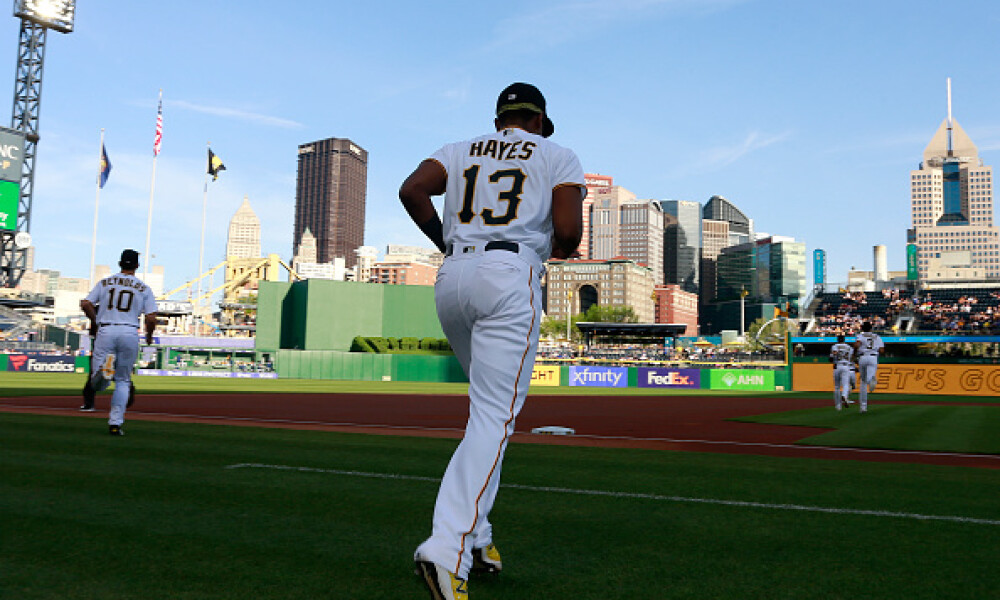 Late in the week as part of our fantasy baseball Player Spotlight Series, I break down the third baseman to help you manage your fantasy baseball lineups.  Today, we look at a player that many consider being the future of the Pittsburgh Pirates — Ke’Bryan Hayes.

He is popular among fantasy baseball debates as to whether he has what it takes to be a stud third baseman in MLB. Is he a sell high trade candidate or a player that you hold on to as an anchor to your infield? I will break down his numbers but also make sure to visit our Fantasy Alarm MLB page and browse through our tons of content before making any final roster decisions. So now let’s look at Ke’Bryan Hayes and his fantasy baseball value.

Hayes is the son of former MLB third baseman, Charlie Hayes. Hayes was a solid journeyman player that is probably most famous for catching Mark Lemke’s pop-up in foul territory in Game 6 of the 1996 World Series to end the game and give the Yankees their first World Series crown since 1978. The younger Hayes was chosen in the first round of the 2015 MLB Draft by the Pirates. After excelling at every minor league level, Hayes made his major league debut on September 1, 2020 and proceeded to hit his first major league home run on the same day. Hayes ended up batting .376 with a .442 on-base percentage, a 201 OPS+, five home runs, and a 1.9 bWAR in just 24 games while receiving five votes in the 2020 NL Rookie of the Year voting — finishing in sixth place. He started 2021 with a bang, hitting a home run in his first at-bat of the season and after a few stints on the IL on June 11, he became the fastest Pittsburgh Pirate to 20 career extra-base hits.

After playing 96 games overall in 2021, the Pirates signed Hayes for eight years and $70 million, which represented the largest contract ever handed out by the Pirates and a record for a player between one and two years of service time. With a contract like that, it appears that the Pirates think of Hayes as their future — so, is Hayes a top-15 third baseman? Does he have the potential to be top-10 or even a top-five? Well, fantasy baseball managers and Dynasty managers want to know.

Let’s first take a look at last season. We all knew that it would be nearly impossible to maintain the .450 BABIP or even the .464 wOBA that he accumulated in his 95 plate appearances after his 2020 September call-up. He ended up his season mediocre at the plate slashing .257/.316/.373 with a .689 OPS and six home runs in 396 late appearances. Hurting his hand when slammed his helmet down in a game and left wrist injuries did not help his offensive output as he played only 96 games. 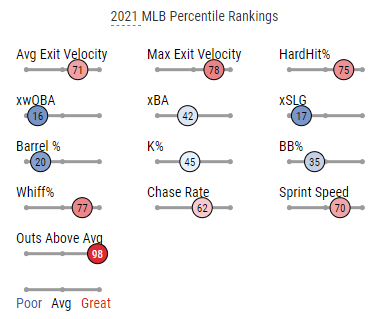 Hayes caught some flack for the lack of home runs in 2021, but it’s not exactly like he’s been a home run hitter in the minor leagues with 27 total in 468 games played. He certainly hit the ball hard with a 45.8% hard-hit rate and a 111-mph maximum exit velocity but his balls stayed on the ground. He had a 56.7% groundball rate and a barrel rate of only 5.1%. When you are ranked above the 70th-percentile in average exit velocity, max exit velocity, and hard-hit rate, you must have the raw power to work with. His swing is geared to put the ball up in the air so adjustments can be made and Hayes is still only 25 years old.

Now to 2022 and Hayes is having an even crazier year by Statcast standards. First, lets’ look at his 2022 MLB Statcast Percentile Rankings: 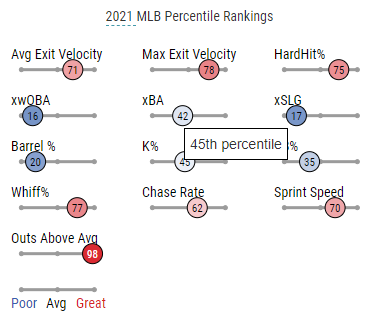 So where is the problem? With a current 93 mph, exit velocity, and 49.5% hard-hit rate, Hayes should be sending the ball over the fence in bunches. It appears to be his 5.8-degree launch angle which is one of the lowest in the entire league and his 8.3%-barrel rate which is only in the 46% percentile in the league.

Ke’Bryan Hayes will be fine. The home runs aren’t there but he’s hitting doubles at a franchise-record pace and hitting the ball harder than 95% of the player in the league. Do not give up on this talent that has a grand total of 154 major league games under his belt. If anything, try to buy low from an impatient fantasy baseball manager that is frustrated with the lack of jacks. You can thank me later.