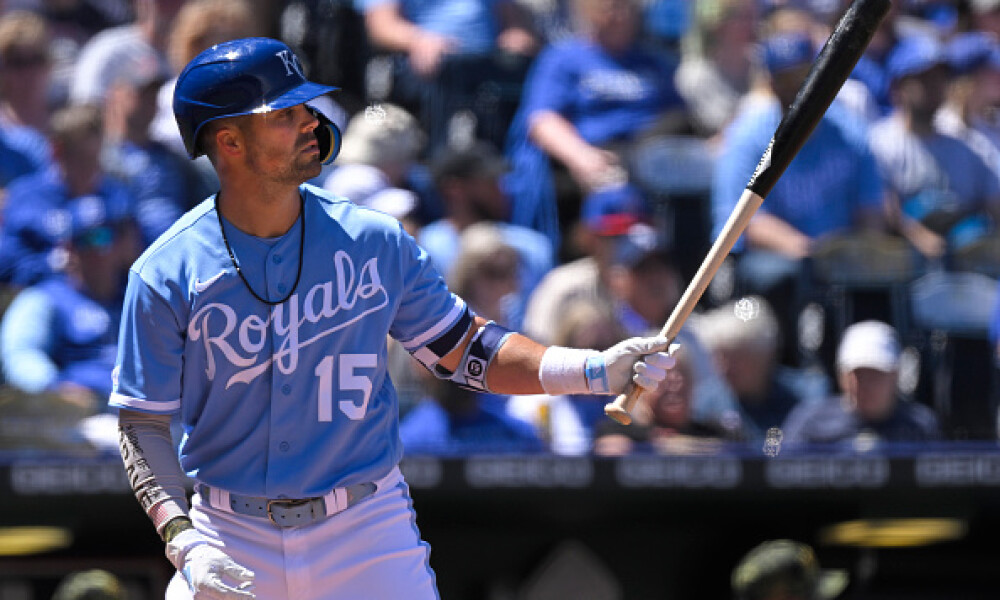 What has happened this year with Merrifield? Has Father Time caught up to him? Perhaps, but I’d more so be looking towards his outlier .229 BABIP and a sizable jump in soft contact rate. Beyond that, Merrifield's contact is down a little bit, and while it is worth mentioning, just a couple of percentage points isn’t going to move the needle a ton in the grand scheme of things. 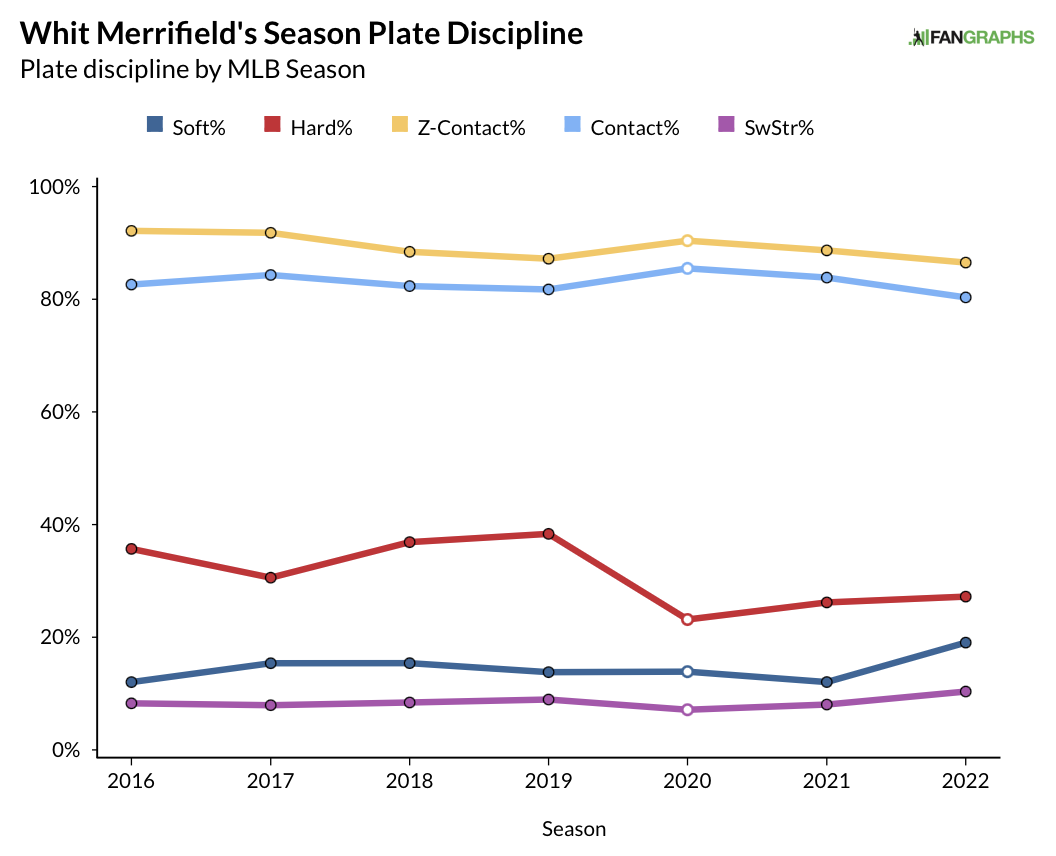 For his career, Merrifield has a .324 BABIP. This year, though, that mark sits at just .229. The difference between his xwOBA and wOBA is -0.077, which is tied for the 13th largest differential amongst qualified hitters in Major League Baseball.

In terms of power production, the harder contact and increased launch angle serve a player well – but that just isn’t the name of Merrifield’s game. A reduction in line drives and ground balls at the expense of an elevated fly ball rate could be partly to blame for his slow start to the 2022 season. For a player with a batted ball profile like Merrifield's, fly balls aren’t going to lead to overwhelming success. Take a look at some of his statistics, specifically on fly balls over the years:

For a frame of reference, the league average on fly balls sits at .211 thus far in 2022 with a .376 average on ground balls and line drives.

There’s no denying that the start of Whit Merrifield’s 2022 season has been underwhelming outside of his seven stolen bases. His .221 batting average would be well below his career average of .287. While it may be hard to buy low on a guy like Merrifield who is still above average in terms of stolen bases, there’s an opportunity to be had with Merrifield from here moving forward. Consider this: 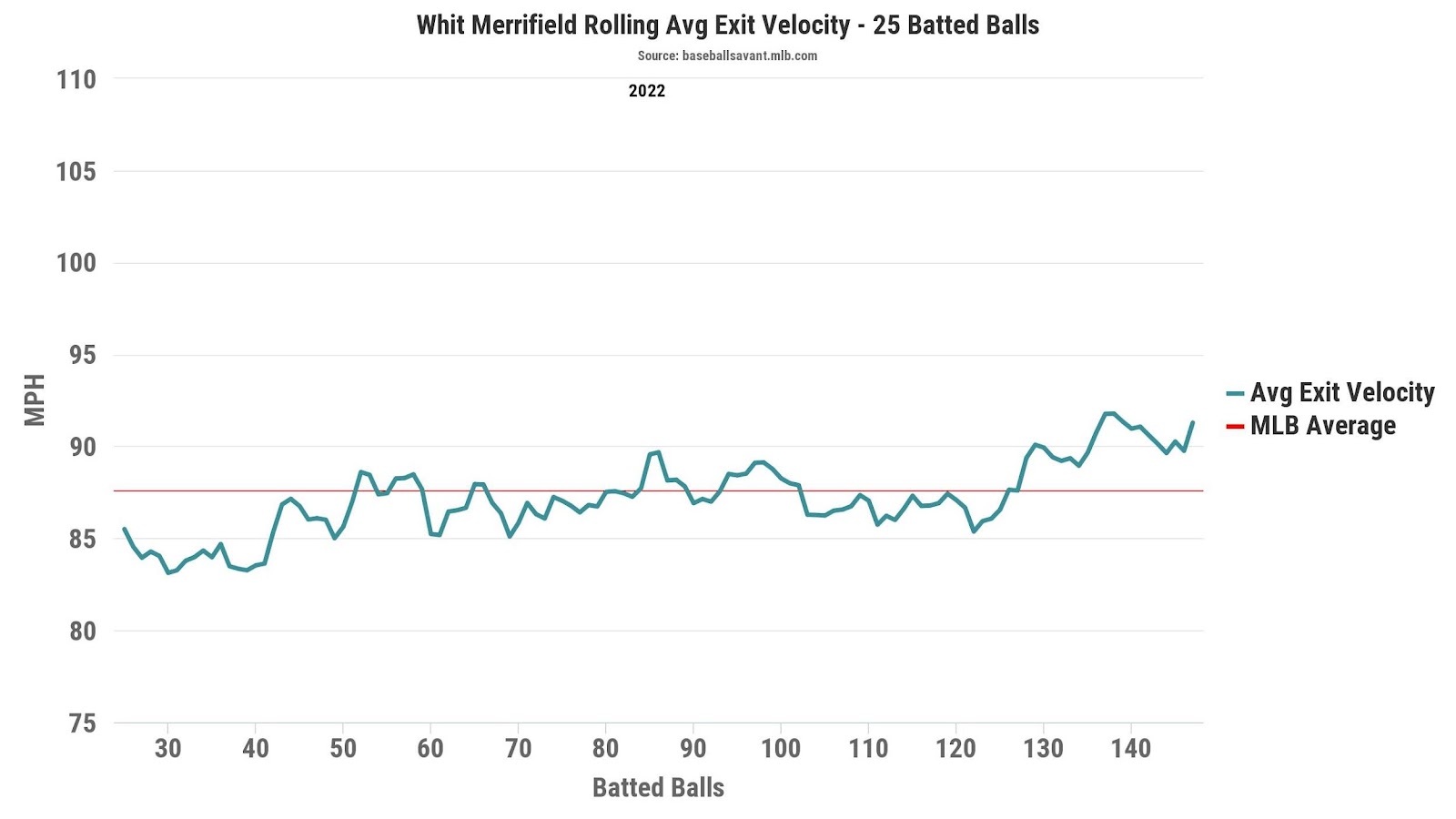 It’s hard to believe that Merrifield will continue to underperform in terms of his batting average, while most of his batted ball profile is on par with recent years – or perhaps even slightly better. I believe that added contact will come, and Merrifield’s worst month or two in terms of production are the first two to open up the year. Overall for his entire career, he has hit at least .280 in every month except March and April – where he is a .248 career hitter. As the weather warms, so does his bat, and we should see that play out again in 2022. He’s hitting .359 over his last 15 games and an even .300 over his last seven games, not to mention hitting safely in five straight and in 15 of his last 16.

Let me throw this last thing in here. Do you know why I love trying to target Merrifield in roto leagues? Despite hitting just .221 through the first quarter of the season, his 162-game pace comes out to 11 home runs, 77 runs scored, 69 RBI, and 26 stolen bases. Imagine what those numbers will look like as the weather, and subsequently his bat, start to get hotter…

The opportunity to buy at its lowest has likely already passed, but he should be no worse than a top-seven player at the position for the rest of the season. That's while hitting for a good average and continuing to be excellent in the stolen base department. If there is a fantasy baseball manager in your league who maybe needs help with power or batting average and they simply cannot wait for Merrifield, start sending offers to them immediately.