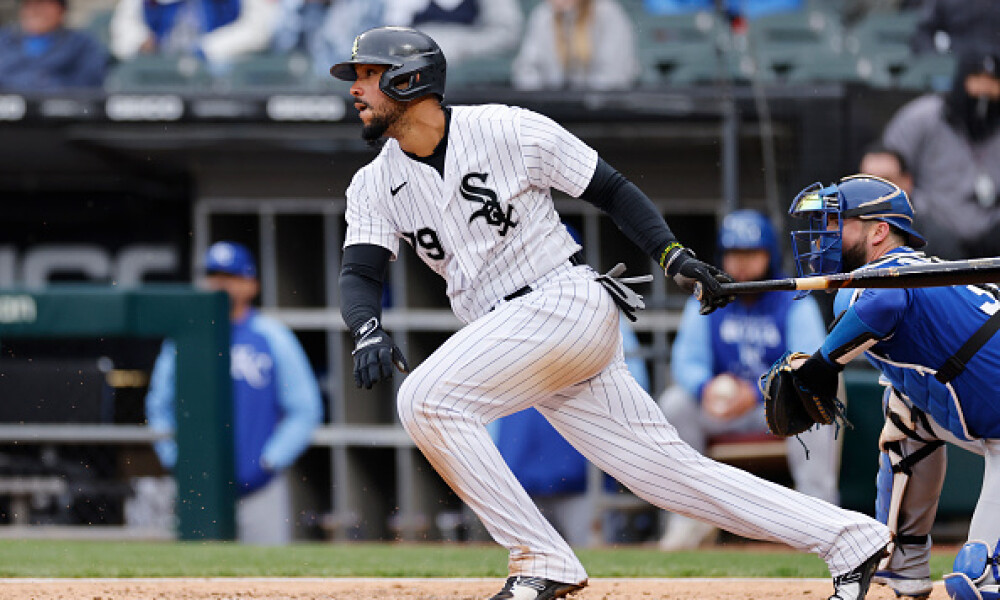 Fantasy baseball rankings are good until they aren’t. Entering the 2022 fantasy baseball season, José Abreu was considered a top 10 first baseman universally across the industry. Based on average draft position (ADP) from the NFBC, the Chicago White Sox slugger was the sixth first baseman off the board in fantasy baseball drafts – and there was a substantial drop-off down to Ryan Mountcastle at No. 7 (78 to 116 in ADP). However, that data is completely outdated and should be forgotten about as it is time for a fresh set of MLB fantasy rankings. Those who have Abreu in their fantasy baseball lineups are likely considering trading him away for a fantasy baseball sleeper. Or maybe you're looking to find additional help on the fantasy baseball waiver wire with his early struggles at the plate. Let's take a closer look.

I want to start with some clarity here; this is a self-fulfilling endeavor for me. I don’t have any shares of Abreu across my fantasy baseball teams this season, so I can’t actually say that I am shocked, surprised, or didn’t see these early-season struggles coming from the White Sox first baseman.

But what does this mean for the rest of the season? Should you be selling Abreu at a half-priced discount in trades? Or should you be looking to pick up a bargain on the other side of the transaction?

Without calling anyone out, there was a trade earlier this week in a 15-team dynasty fantasy baseball league I play in that involved Abreu – and it really got me thinking. The initial sticker shock of the deal has worn off and I think it was a good deal if we truly believe that what we have seen out of Abreu to begin the season is the more likely outcome compared to his 2021 campaign. Is that the case, though, or is that just my bias coming through?

The selling team was able to flip Abreu for two players: a borderline top-100 player who has now flown onto our radars after being essentially unknown a few years ago, and a young starting pitcher with a live arm who is just looking for consistency both in role and performance. There is a clear bet on the upside here and you can easily conclude the direction each team is taking. But will the real Abreu please stand up?!

Last season, Abreu hit 30 home runs while driving in 117 runs and batting .261 in his age-34 season. Considering the White Sox appeared to be an easy bet to take down the AL Central division crown, you could have made the argument that Abreu was one of the safer fantasy options at first base heading into this year.

Instead, that has been far from the case. Through his first 33 games, Abreu is hitting just .200 with three home runs and 12 RBI. Thanks to injury, the White Sox lineup hasn’t been as strong as expected and Abreu’s BABIP is just .224. Still, the prevailing question is, where did his power go?

Abreu has a career ISO of .222, but this season it has fallen to .112 – which helps to explain the lack of power production. The good news is that Abreu is still walking nine percent of the time and, at a 17.1% strikeout rate, his approach hasn’t changed either. However, we still need results and it’s fair to wonder if they are coming over the next four-and-a-half months.

If this 33-game stretch happened in the middle of the season after a hot start, then would anyone really notice? Right now, that is all we can judge Abreu on for this year – so it’s hard to ignore the struggles. That could be a problem, though.

In the age of advanced metrics and Statcast giving us in-depth analytics, we can go a little deeper than the surface stats and really dig into a player. In Abreu’s case, you could make the argument that it works both for and against him.

At some point, given his age, we have to expect a downturn for Abreu. That is something where you would rather be a year too early rather than a year too late. The main issue here is that if you look at Abreu through the lens of Statcast, the picture you get historically won’t be incredibly optimistic. So it’s hard to really see when the decline is going to come unless a drop-off pops up compared to his career averages.

If we are going to use that as a measuring point, let’s compare Abreu’s career marks to what he has done so far in 2022:

Going strictly off those measures that dig into the type of contact Abreu is making, and then adding his strikeout and walk rates on top of that, the conclusion would be to expect a reversal of fortunes. If we then add in his xBA of .265, the case gets even stronger. On the other side of the equation, Abreu’s 9.9% line drive rate is troubling – but everything else looks strong.

Based on Abreu’s performance to start the season, you shouldn’t have to pay full price to acquire him in trades. Still, I would certainly look to do so at about 70% of his value. Of course, this also depends on your level of need at first base/corner infield/utility. The same goes for trading him away if Abreu is nailed to your bench thanks to other moves you have made. Try to turn him into an asset that can help your team now in case he doesn’t turn it around. In dynasty leagues, the thought process of whether he will enter your starting lineup is the same – but it really comes down to whether you are a buyer or seller.

Either way, I’m not sure we have seen the last of Abreu in fantasy baseball for 2022.