Save 30% off NFL Pro
Get EARLY ACCESS to the NFL Pro package today for access to the Premium Fantasy Alarm Discord, ALL Seasonal Tools, DFS Content & More! Use code NFLPRO to SAVE 30% + MLB DFS Playbook FREE!

2022 Fantasy Baseball Player Spotlight: Is it Time to Move On From Matt Chapman? 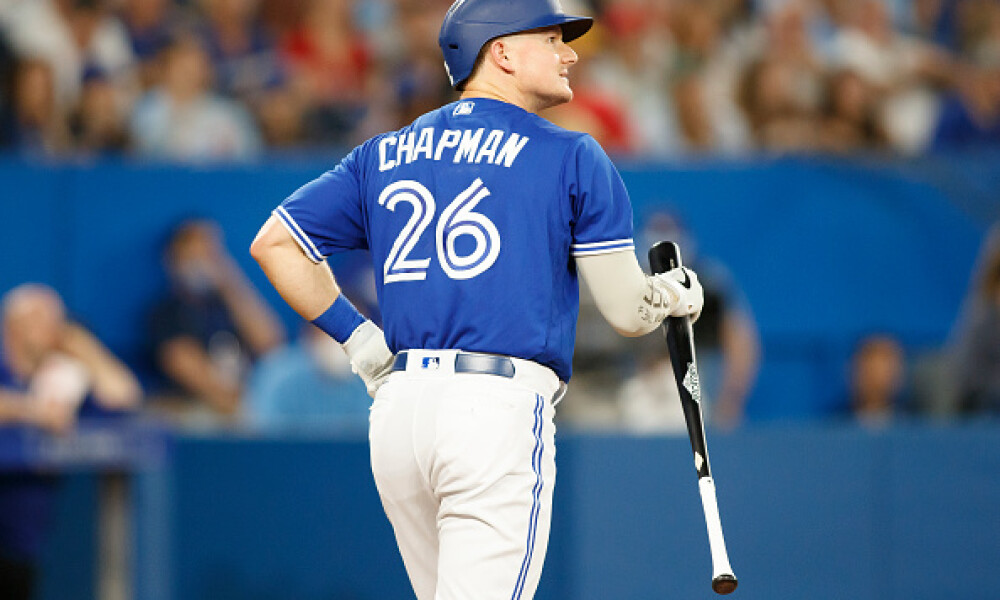 The Toronto Blue Jays have finally found a gold glove fielding third baseman in Matt Chapman to solidify a position that has been a merry-go-round of players since Josh Donaldson left five years ago. His defensive exploits are well known across major league baseball, but defense doesn’t win fantasy baseball championships- the bat does. The powerful Blue Jays offense has heated up as the calendar flipped to June and many players are now flourishing at the plate, except for Chapman. Is Matt Chapman still worth a spot on your fantasy baseball teams? The question has come at a perfect time since it’s “Third Base Day” in the Fantasy Baseball Player Spotlight Series. Every Thursday I break down a different MLB third baseman for your fantasy baseball lineups. Some weeks it is a prospect and others it may be a “Sell High”, “Buy Low” or even totally avoid at all costs-type player. Today I am going to dig into the offense of veteran Matt Chapman and decide if he needs to hit the waiver wire or stash away in hopes of a summer break out.

Matt Chapman was undrafted out of high school but after a monster junior year at Cal State-Fullerton the Oakland A’s drafted him in the first round of the 2014 MLB draft. He has always been tagged with the rep of an excellent defender with a rocket of an arm. He modeled himself after players like Dustin Pedroia, Evan Longoria and Troy Tulowitzki and his arm strength and glove could change games defensively way back then. After a season that landed him the Texas League Player of the year honors in 2016, Chapman finally made the show on June 15th of 2017, and he has been in the major leagues ever since. 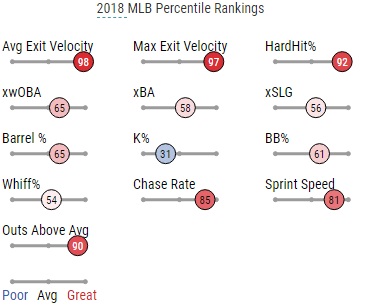 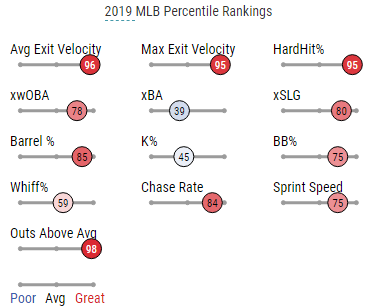 After five years in Oakland and three Gold Gloves, two Platinum Gloves and a Wilson Defensive Player of the Year Award it was time for Chapman to move on after last season. Enter the Blue Jays and an organization that was done experimenting with players like Joe Panik, Brandon Drury and Cavan Biggio. The fan base was clamoring for a star third baseman again since it’s been awhile since “The Bringer of Rain” Josh Donaldson was a household name in Canada.

Yes, defense was Chapman’s calling card but like was mentioned above he did make noise with his bat- especially that All-Star 2019 season when he hit 36 home runs with 91 RBIs. Is Chapman more name-appeal than actual numbers-appeal?  Let’s look at his numbers to start his Blue Jays career:

As the weather warmed from April to May to now even June the Blue Jays offense is finally starting to roll. All except for Chapman. Yes, he has solidified the third base position with his defense, but the bat is still stagnant. There has been some improvement in June and even though Chapman was not expected to be a key bat in the Blue Jays lineup there was reason to believe that he would contribute much more than he actually has. He will always give the Jays a professional at bat and his exit velocity of 91.8 and Hard Hit % of 49.4 are both Top 10% in the league. Chapman’s .255 BABIP for the season is well below his previous full-season career low of .270 so it does suggest that the has been a victim of bad luck.

Matt Chapman is owned anywhere from 75% to 82% in season long fantasy leagues. He now has three hits in his last 22 at bats (.136 average) with only one extra base hit. He has had two solid seasons in five major league years and there is nothing to believe we will see more than that. The calendar will turn to July next week- now is the time to dump Matt Chapman, cut your losses and try to get something positive out of the deal.