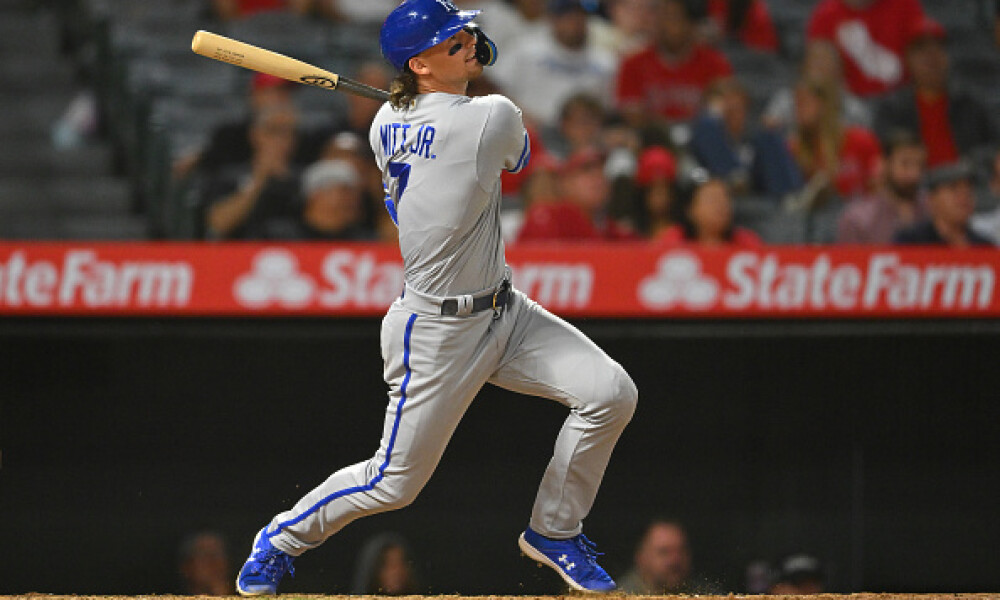 Every week, we break down a different MLB shortstop to examine — good or bad. Maybe it's an MLB top prospect, a “flavor of the month” on the fantasy baseball waiver wire, or someone who could be “sell-high” trade bait. Sometimes, it's a superstar or burgeoning player who is turning in the season we were all hoping for.

In this week’s edition of the Fantasy Alarm Player Spotlight Series on shortstops, we will turn our attention to Bobby Witt Jr. Witt struggled immensely right out of the gate in his first major league action, but has now turned into a surefire fantasy baseball starter. What has fueled the turnaround and can we expect it to continue for the rest of the season?

By the time the end of April rolled around and we had our first major league sample of data from uber-prospect Bobby Witt Jr., the results did not look good. That’s understating it. The results were horrific. Among all shortstops with at least 50 plate appearances, Witt ranked 30th in wRC+, 28th in batting average, 33rd in on-base percentage, and 27th in slugging percentage.

He had zero home runs and just five RBI in that month, and it was only his four stolen bases that were salvaging any fantasy relevancy at all.

But then May came, bringing a series of events that turned Witt’s season completely around.

First, Adalberto Mondesi got hurt (again) at the end of April, which solidified Witt as the Royals’ shortstop moving forward. No more bouncing around between short and third, Witt had his place on the field, one that he will likely keep for 10+ years.

Secondly, the Royals fired their hitting coach in mid-May. After a .224/.289/.336 team start to the season, they felt it was time to make a change. And since they couldn’t fire Salvador Perez or Andrew Benintendi or Witt, they needed a fall guy and Terry Bradshaw fit the bill.

As a result of that, new hitting instructor Alec Zumwalt was able to help Witt fix one of his most glaring problems to start his career.

Through the first month or so of the season, Witt was swinging at pitches outside of the zone at an alarming rate. Through April, only four shortstops swung more than Witt’s 42.6%. But the Royals were able to fix that, leading to an incredible drop in O-Swing%. 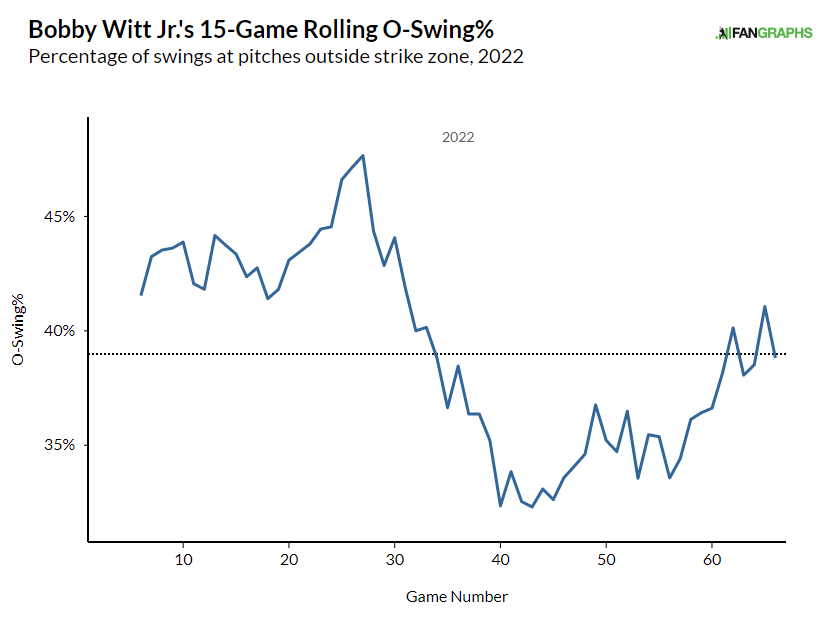 While that rate has normalized back to league average in June, the fact that he is becoming increasingly more selective on pitches where he swings has led to improved results.

One other encouraging sign from the pitch selectivity the last eight weeks has been the shift in batted ball profile. Witt is able to drive the ball much better than when he was free-swinging during April. 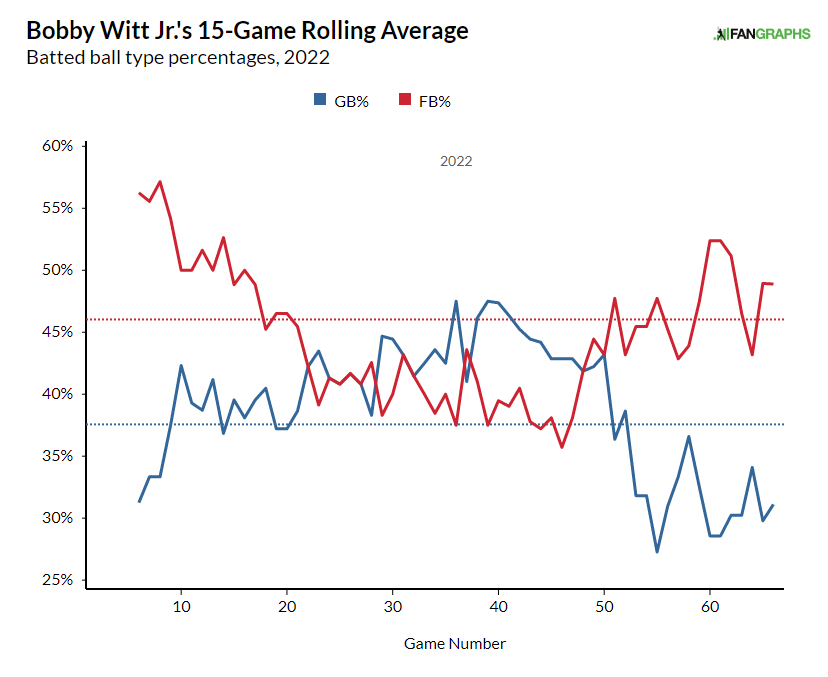 The flyball rate is now distinctly past the groundball rate for Witt. In fact, over the last 30 days, Witt has the highest flyball rate among qualified shortstops, seven percent higher than next-closest peer.

It’s that type of batted-ball profile that should lead to expect big things to continue for Witt. He was a number one prospect for a reason, and he looks to be the anchor at the third spot in the Royals’ lineup and on our fantasy rosters for years to come. Don’t be surprised it Witt sneaks into the second round in 2023 fantasy baseball drafts.