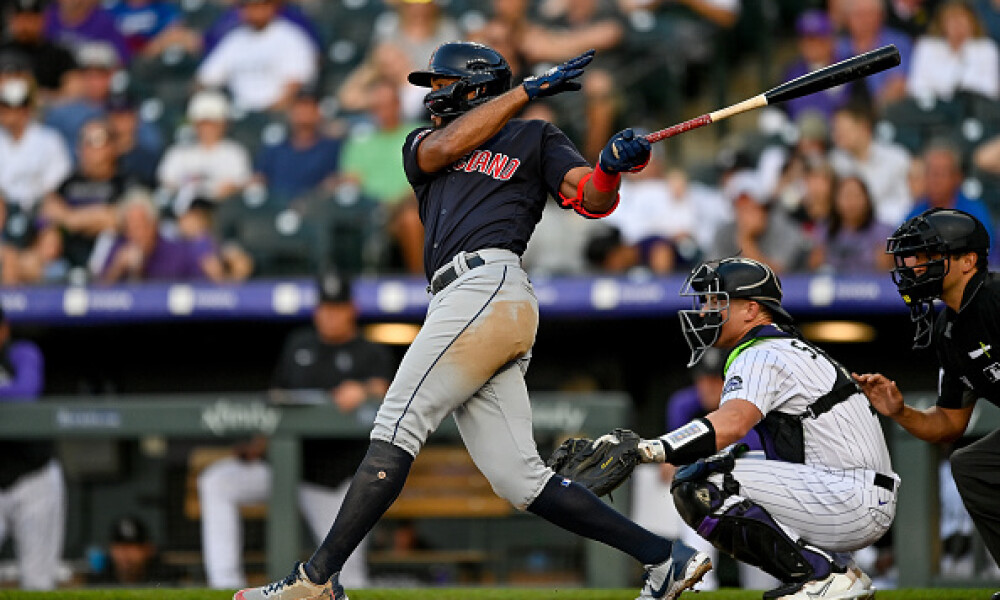 Every week, we break down a different MLB shortstop to examine — good or bad. Maybe it's an MLB top prospect, a “flavor of the month” on the fantasy baseball waiver wire, or someone who could be “sell-high” trade bait. Sometimes, it's a superstar or burgeoning player who is rising up the updated July fantasy baseball rankings and MLB projections. In this week’s edition of the Fantasy Alarm Player Spotlight Series on shortstops, we will turn our attention to Amed Rosario, a player who has been both great and horrific at different points of the season. Rosario struggled immensely right out of the gate but has now turned into a lock at the top of a strong Cleveland Guardians lineup. Is he now set it and forget it fantasy baseball starter? What has fueled the turnaround and can we expect it to continue for the rest of the season? Let's take a look in the latest Fantasy Baseball Player Spotlight!

It was a very disappointing start to a breakout season in 2021 when Rosario hit 11 homers, stole 13 bases, and slashed .282/.321/.409. But since the calendar turned to June, all Rosario has begun the process of a quick turnaround and is providing fantasy value in all five categories for rotisserie players.

Over the last 30 days, Rosario is second among shortstops in WAR, has two homers, six steals, and is slashing .360/.378/.509. Add in 20 runs in June, and he was a waiver wire pickup for your shortstop or middle infield spot that could have won you the whole month.

Rosario Locked into Second Spot in the Lineup

After the predictable decline of Steven Kwan and his Ty Cobb-ish start to the season, Rosario is firmly planted back in the two-hole for Cleveland and is taking advantage. He is hitting .309 in that position and slugging .431 on the season. Much of that coincides with his hot streak this month, but he also now benefits from hitting directly in front of on-base machine José Ramírez.

Over the course of his career, Rosario has spent at least 75 games in four different lineup slots. If you look at the career splits of those games, it’s clear he has his best success batting second.

It appears Rosario will stay locked into that spot barring some other major injury or roster shakeup. That is a good thing for fantasy managers, as he does his most damage in that position.

Can Rosario Keep Up the Hot Streak?

Mainly Rosario had a contact problem to start the year. His contact rates in his first few starts were sublime, but then they fell off a cliff starting at about the 10th game of the year. But since then, it has been a slow climb back above league average in both overall cate rate and contact rate within the strike zone. 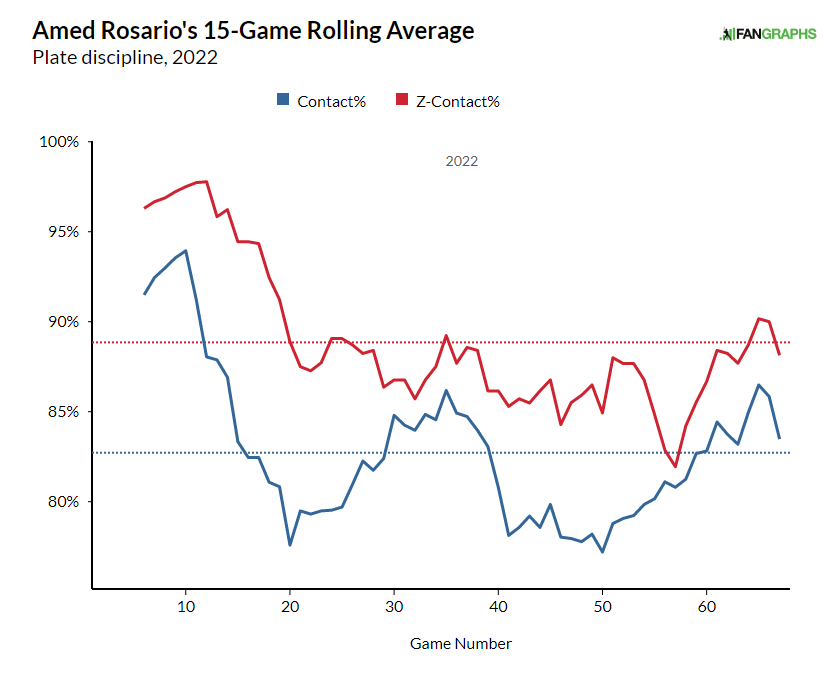 The recent dip downward is something to monitor, but he is still above league average and his hitting the ball hard all month.

With the combination of lineup spot, batting order protection, and improved batted ball profile, this looks like a new baseline level we can expect from Rosario. He isn’t going to be a 25-25 guy anytime soon, but it’s not unreasonable to expect another 10 home runs and 12-15 steals with a good average the rest of the way.